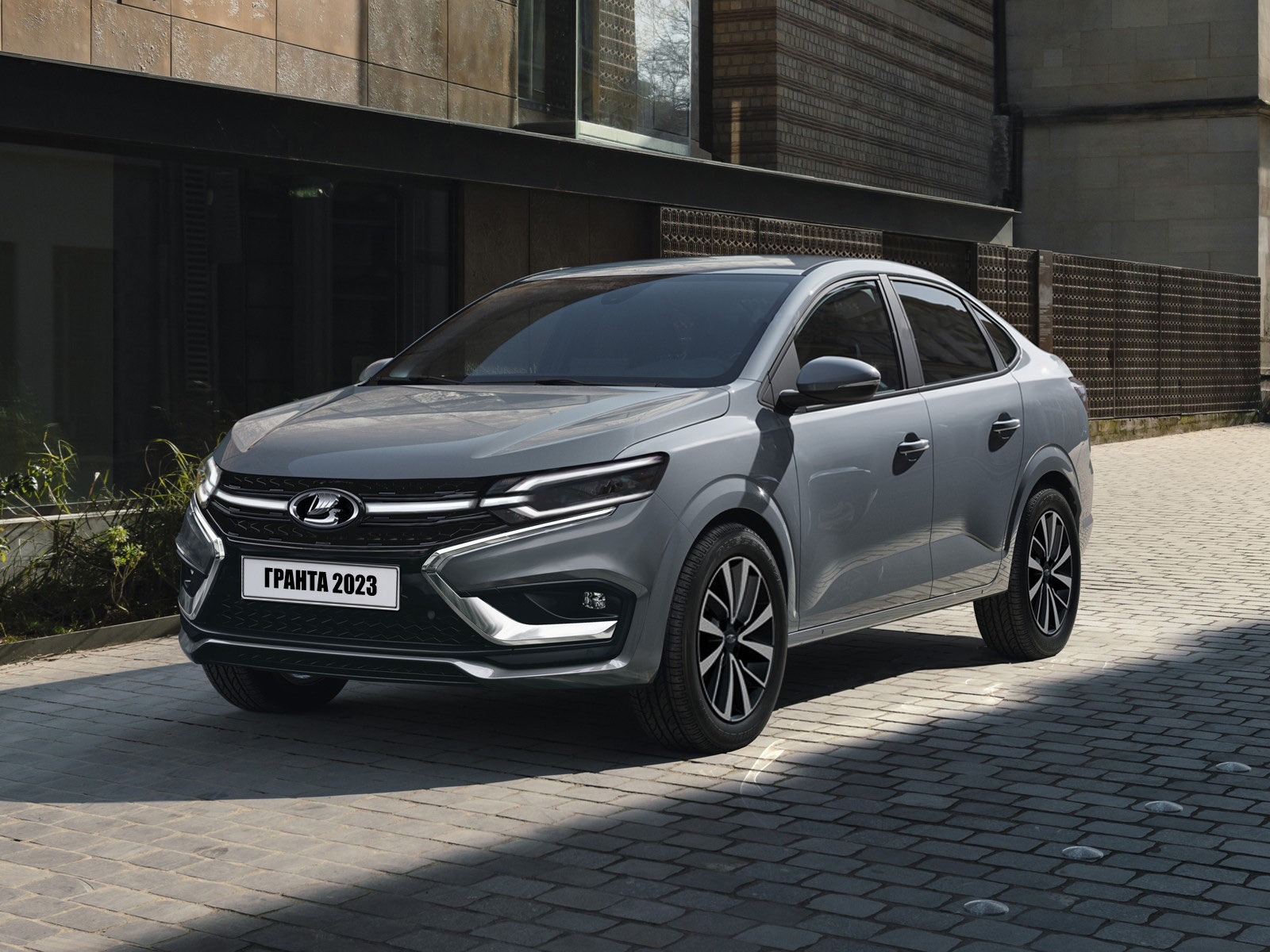 there is virtually nothing left of the famous sedan

Recently, the head of AvtoVAZ announced that the company is developing a new family of Granta. This will certainly include a sedan and station wagon. The type of other models has not yet been confirmed. But more interesting is that the whole family will be built on the basis of the CMF-B platform, the rights to which Renault previously transferred to AvtoVAZ. This information is noteworthy because the Russian company initially planned to develop new models based on its own architecture.

Despite the fact that AvtoVAZ has so far limited itself to only this statement, the domestic designer could already imagine what the new generation Lada Granta 2023 sedan could look like. The Russian model will most likely borrow many solutions from the third generation Renault Logan, the production of which was not launched before the car left our country. But AvtoVAZ by that time managed to adapt the conveyor to the French model. That is, the company has received at its disposal the technologies and design solutions necessary for the production of a car. And they must form the basis of the new Grants.

It is expected that the Russian model will grow a little in size after the change of genders. But she will still be smaller than Vesta. As the side X-shaped stamps were previously criticized, the new Grant will not receive them. But otherwise, the body design of the budget sedan will be copied from the restyled Vesta with minor changes.

From its predecessor, the new Lada Grant 2023 will borrow X-shaped metal trims that adorn the front of the body. The head optics of the budget sedan will be completely different. It will probably be supplemented with LED strips, which will give the car a sportier look. The cap will be slightly higher than that of the pre-reform Grants. And the back of the body with minor changes will be copied from the “older” Vesta.

More importantly, after moving to the new platform, Granta will become more comfortable. The French “buggy” offers better stability during maneuvering. The suspension of the new Grants will make it easier to “process” road bumps. That is, after moving to the French platform, the sedan will be easier to drive. At the same time, it is not yet known how much the reliability of the car’s design will change. Moreover, this parameter cannot be evaluated in comparison to Logan. The French model entered the market relatively recently, having gone through a large-scale modernization. It should also be taken into account that AvtoVAZ engineers will make many changes to the design of the platform, adapting it both to the Grant and to Russian conditions. All this can positively and negatively affect the strength of the car.

A higher level of comfort in the new Lada Granta 2023 will be provided not only by the French platform, but also by an expanded set of options. AvtoVAZ has already begun to cooperate with suppliers of components that were not previously available on Lada cars. In particular, the restyled Vesta got a 10.4-inch touch screen and a system to monitor the situation in the “dead” zones. Therefore, we can expect that for the future Grants they will prepare several new options such as air conditioning and multimedia, which may appear in top versions. Most likely, with the release of this model, AvtoVAZ will solve all issues related to the supply of components. That is, the new Grants will not have simplified versions.

The future sedan will, like the station wagon, retain the same engine range. AvtoVAZ did not have time to localize the production of Renault engines before the departure of the French company from Russia. The 1.6-liter engine installed on Logan can be replaced by a domestic manufacturer with its own. Note that back in 2021, AvtoVAZ announced plans to adapt its own power units to the design features of the CMF-B platform. This again confirms the statement made above: Granta will not receive engines.

The new sedan, like the station wagon, will be equipped with a 1.6 liter “atmospheric” engine, which will be combined with a 5-speed manual gearbox. This engine is offered in two versions: with a yield of 87 and 90 hp. Considering that the new Granta will grow noticeably, it should get a second version of the engine. Also, a 106-horsepower “atmospheric” engine of the same volume will be prepared for the sedan. And it will be combined with a 5-speed “mechanics”. The appearance of an automatic transmission on the new Grant is still under discussion. The AvtoVAZ company does not yet produce such gearboxes. Representatives of the Volga Automobile Plant reported that it would take 2-3 years to develop the “machine”. Therefore, the company will look for suppliers of automatic transmission among Russian and foreign companies. How long it will take is not known. However, there is a possibility that a robotic gearbox produced by AvtoVAZ will also be prepared for the budget sedan. Furthermore, each box must be upgraded in accordance with the design features of the CMF-B platform.

Despite the noticeable “kinship” with Vesta, the new Lada Grant 2023 will be equipped with only a 1.6-liter engine. The 1.8-liter engine, which was installed on the “senior” sedan, will not receive the “younger” model. This, combined with a smaller set of options, would allow Grant and Vesta to be split among themselves. That is, both models after the planned modernization will not become direct competitors to each other.

The timing of the completion of the development of the new Grants is also not yet known. However, this process should not take long. AvtoVAZ has already prepared its production facilities for the assembly of vehicles based on the CMF-B platform. That is, the Volga Automobile Plant had to remake the body and a number of other details of the Grants design to complete its development. And this process, judging by the restyled Vesta, does not take much time. Therefore, the new Lada Granta could debut during 2023 or 2024. By then, according to experts’ predictions, the issue with the supply of components should be resolved. Author: Fedor Averiev