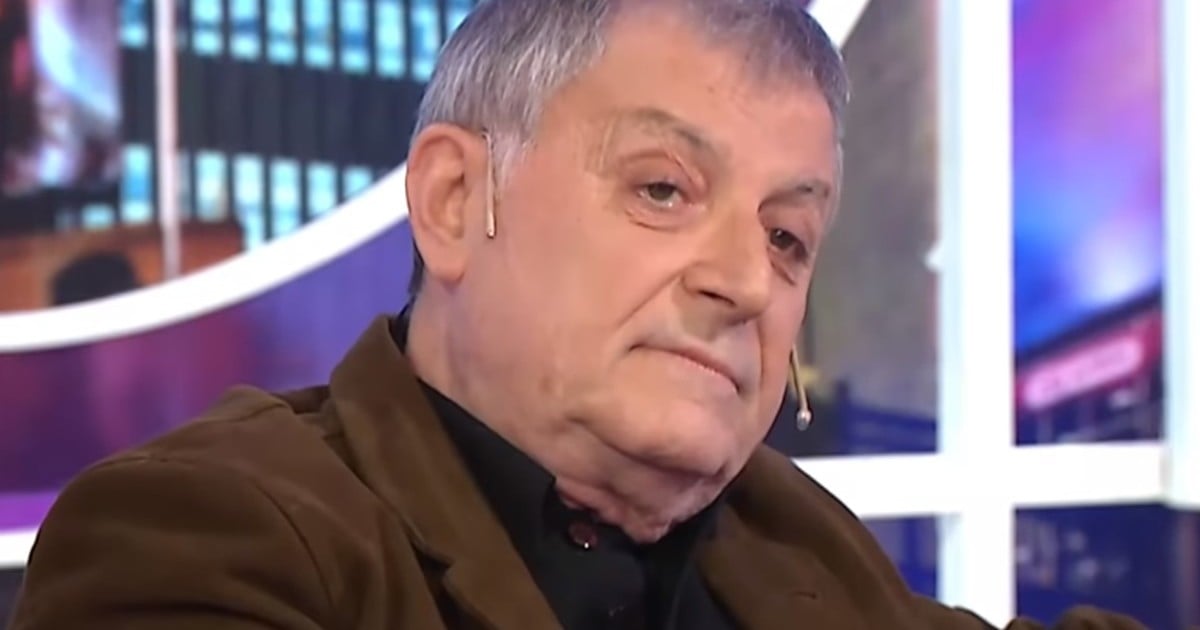 Last Sunday, just on the day of his 78th birthday, Gino Renni was hospitalized for mild bilateral pneumonia derived from the coronavirus. The news drew attention given that the actor and singer had received both doses of the Sinopharm vaccine.

Interned in a common room of the Diagnostic Institute, Gino spoke with Clarion and he told the latest news about his state of health: “I’m more or less. I hope everything goes well and improves…Now I’m going to rest”.

Before consulting this medium in case his condition had improved a little, the renowned actor revealed: “Slight improvement, but still fever. “ Despite having received both doses of the Sinopharm vaccine, Renni had reported that she started with symptoms last week.

Gino Renni is hospitalized with bilateral pneumonia and has a slight fever. TV Capture

“I had a cold and on Saturday I began to raise the temperature (37.6), Sunday morning I reached 38 and in the afternoon I reached almost 39“, he had told after his first hours of hospitalization.

Days ago, Gino had told Clarion: “It usually happens: cold, fever and bilateral pneumonia that they say is mild thanks to the two vaccines. Hopefully people get vaccinated, so we get out of all this quickly“.

In that sense, he thanked having inoculated on time with the two doses of the Chinese vaccine and emboldened those who still do not trust or do not believe in their effectiveness: “Everyone has to be vaccinated with anyone as quickly as possible”.

The Italian-born artist had also commented that to counteract the effects of bilateral pneumonia that is affecting his lungs, was being treated with oxygen and blood thinners by the medical team that is in charge of your health.

Gino Renni with his mother, who passed away at the age of 100. The actor always remembers her on his social networks. Instagram

“I’m hoping this will happen soon, regain strength and go home,” he longed. During the pandemic, the actor had shown your desire to get back on stage and stated it in a note that he had given to Susana Roccasalvo in Relentless (The Nine, Saturday and Sunday at 18)

“I really miss acting, singing, my profession in general, which is the most beautiful thing there is and that at this difficult time everyone has a job … One hopes that at some point this will happen, “he wished.