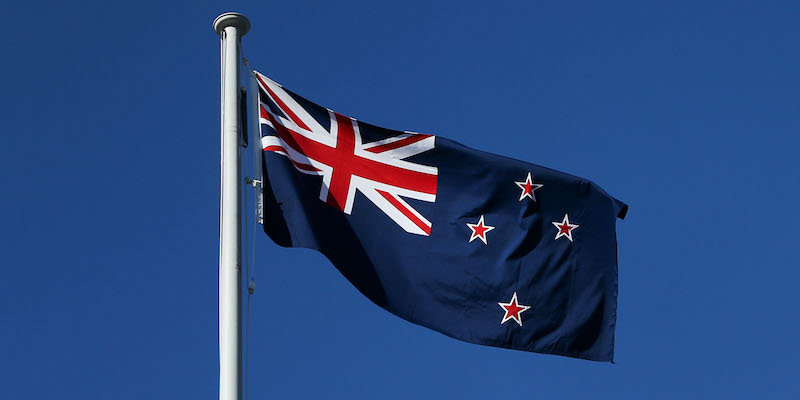 “New Zealand” is a geographical name that was coined in the seventeenth century by Dutch explorers, who were inspired by the name of a region in the southwest of the Netherlands, precisely Zeeland. Two centuries later, the archipelago we know today by this name was colonized by the British Empire, which decided not to impose a new toponym (contrary to what happened with Nieuw Amsterdam, the current New York) but to keep the one already in use among Europeans. Today, however, a group of New Zealand parliamentarians would like to change it and replace it with a Maori word, “Aotearoa”, to better respect the history of the country.

“Aotearoa” is pronounced as it is written and until the beginning of the twentieth century it indicated the North Island, one of the two main islands that make up New Zealand, the one where the capital Wellington and Auckland, the most populous city, are located. Today, however, among the Maori, the descendants of the colonized indigenous population, the name is also used to indicate the South Island, it often appears in daily conversations and is already present on banknotes, passports and government documents. Etymologically, the word refers to the clouds that, according to the oral histories of the Maori culture, helped the first Polynesian navigators to find the archipelago.

The proposal to rename New Zealand “Aotearoa” was the subject of a petition that collected more than 70,000 signatures (the country has 5 million inhabitants), was handed over to parliament in June and will be considered by a commission. This will decide whether to submit it to a parliamentary vote, hold a referendum on it, or discard it.

“It would be a way to realign ourselves to who we are as a nation,” said Rawiri Waititi, one of the leaders of the Māori Party, a small party that signed the petition: “It’s nothing to be afraid of.” According to proponents of the proposal, the name “New Zealand” refers to only a small part of the country’s history, and does not reflect the way its identity has evolved since the state and society in the mid-1970s. recognized the Maori culture and introduced a system to compensate the descendants of indigenous peoples for what the British colonizers had taken from their ancestors.

See also  In Brazil, Bolsonaro's image tarnished by scandals over the purchase of Covid-19 vaccines

Today only 20 percent of ethnic Maori people speak the Maori language, that is, only 3 percent of the entire New Zealand population and according to Waititi, making it more visible will allow it to be preserved and more widely used. New Zealand Prime Minister Jacinda Ardern has always supported greater use of “Aotearoa” but her government has never proposed to officially change the name of the country.

A survey by market research firm Colmar Brunton says more than half of New Zealanders would prefer to keep their current name; approximately 40 percent is divided between those who would like to change it to “Aotearoa” and those who would like to change it to “Aotearoa-New Zealand”. Among those who oppose the proposed change, some say that “Aotearoa” is a modern invention, although the term already appears in New Zealand newspapers from the mid-nineteenth century. There are also those who think that it is divisive, or that it could harm tourism, because the world knows New Zealand by this name.