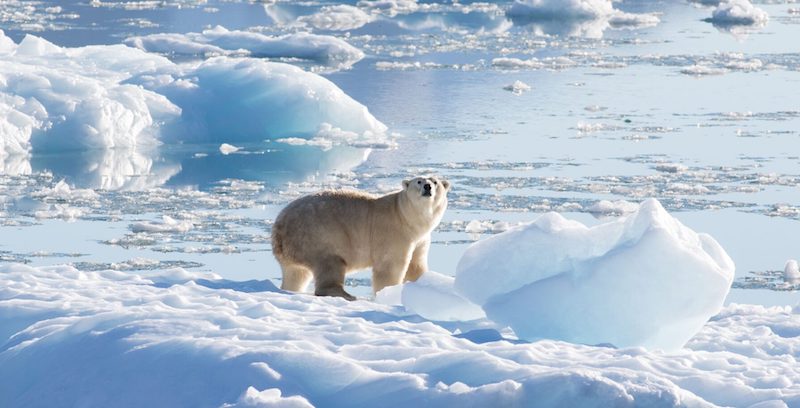 In southeastern Greenland, a particular subpopulation of polar bears has been identified which, despite the scarce presence of sea ice, still manages to survive using small icebergs as platforms from which to hunt at sea. The discovery seems to indicate a certain adaptability of these animals, at risk of extinction due to the progressive melting of sea ice (which is formed by freezing ocean water), on which they depend to procure prey, due to the global warming.

However, the observed behavior in southern Greenland does not imply that polar bears are less at risk than previously estimated: only a marked reduction in carbon dioxide emissions from human activities will offer them any chance of survival as a species.

With its low temperatures most of the year and steep terrain around coastal areas, Greenland is not a particularly hospitable place. The southeastern part is relatively less cold, but is substantially separated from the rest of the large island. The polar bears living in the area are therefore quite isolated and this explains why over the centuries these animals have assumed habits a little different from their colleagues who live further north.

Overall, in the Arctic area it is estimated that 26 thousand polar bears live, cataloged in 19 subpopulations, on a geographical basis and also of some similarities between the various specimens. These animals spend a good part of their existence on large sea ice shelves, waiting for some seals to resurface to catch their breath and hunt them, before returning to sink into the icy waters around the great ice shelves.

It is their primary hunting method: if sea ice starts to run low, they no longer have a chance to easily get food. And due to global warming, sea ice in the Arctic has shrunk significantly in recent decades, putting some of the polar bear subpopulations under severe stress. Over the years, numerous specimens have been sighted exhausted by hunger, precisely because they are in difficulty with hunting their prey.

The relatively warmer climate of south-east Greenland means that there is little sea ice in the narrow fjords of the area and with a short stay: about a hundred days a year. Not long enough for polar bears to survive, but as new research published in the scientific journal has shown Science the subpopulation identified in the area when it no longer has sea ice available, because it has melted due to the heat, switches to using the blocks that detach from the glaciers whose tongues reach the sea through the inlets of the fjords.

At the points of greatest detachment of the glaciers, a sort of dense granita (“ice mélange”) forms, with larger pieces of ice, on which bears venture out waiting for the passage of some prey. The hunt is not as rich as elsewhere further north, but it is still sufficient to feed the hundreds of bears of the subpopulation and the new born, even if the reproduction rate is lower than in other parts of the Arctic. 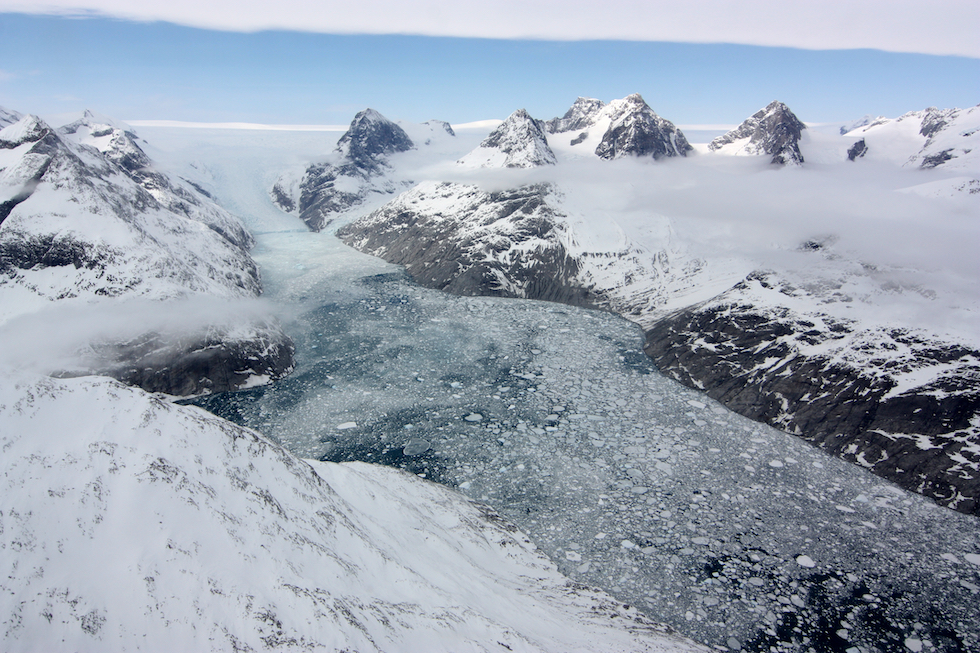 The study is the result of about seven years of work that has kept various research groups employed, with helicopter and ground reconnaissance in inaccessible areas, the use of GPS systems to track the movements of bears, the involvement of local populations and the collection of biological samples to examine the genetic material of these animals. All these data and analyzes made it possible to define the subpopulation, which could therefore be added to the 19 indicated so far, even if the inclusion will not be immediate and will require a comparison within the International Union for the conservation of nature.

However, the ice mélange forms only under particular conditions and it is difficult to observe similar in other areas of the Arctic, where the other subpopulations of polar bears live. The research shows how a specific set of animals has adapted to a different situation than usual, complicit in anyway favorable environmental conditions. In the absence of a marked slowdown in global warming, the conditions that allow these bears to hunt equally at sea may fail in the coming decades, seriously jeopardizing their chances of survival.