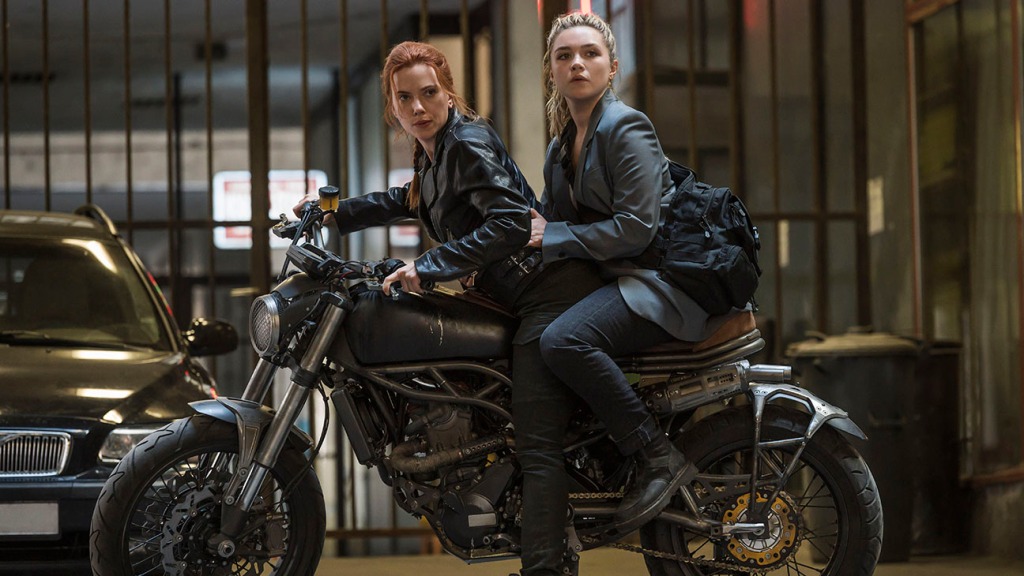 Theater owners on Sunday blasted The Walt Disney Co. for making Marvel’s Black Widow available simultaneously in the home and on the big screen, saying the decision has undercut the tentpole’s box office potential and promoted piracy.

A press release from the National Association of Theater Owners didn’t mince words, saying that Black Widow suffered a “stunning collapse in its second weekend in theatrical revenues,” in addition to dropping an unprecedented 41 percent from Friday to Saturday during its opening over the July 9-11 frame.

“Despite assertions that this pandemic-era improvised release strategy was a success for Disney and the simultaneous release model, it demonstrates that an exclusive theatrical release means more revenue for all stakeholders in every cycle of the movie’s life,” NATO said.

Marvel and Disney’s Black Widow fell to No. 2 in its second outing with $26.3 million for the July 16-18 weekend. The superhero pic suffered a steep 67 percent decline, one of the biggest drops ever for a Marvel title, and the worst among the Marvel Cinematic Universe films released by Disney. (Most event films during the pandemic era have likewise suffered huge drop-offs.)

When announcing opening weekend box office results for July 9-11, Disney made pandemic-era history when taking the unusual step of adding Disney+ Premier Access revenue to Black Widow‘s total number. That pushed the film’s total global opening past the $218 million mark thanks to $60 million generated from households choosing to watch the superhero pic — starring Scarlett Johansson — at home for $30.

Behind closed doors, the decision to tack on the $60 million infuriated cinema owners, who have otherwise been willing to abide by day-and-date theatrical/streaming releases because of the COVID-19 crisis and the slow nature of the box office recovery.

“The many questions raised by Disney’s limited release of streaming data opening weekend are being rapidly answered by Black Widow’s disappointing and anomalous performance,” NATO said its Sunday missive. “The most important answer is that simultaneous release is a pandemic-era artifact that should be left to history with the pandemic itself.”

Through Sunday, Black Widow’s global box office total was $264 million and more than $324 million including revenue from Disney+ Premier Access.

Black Widow lost the July 16-18 weekend to Warner Bros.’ LeBron James-starrer Space Jam: A New Legacy, which came in ahead of expectations with $31.7 million. In pandemic times, that wouldn’t be considered a great number for a movie that cost $150 million to produce before marketing.

The subdued grosses, and steep second-weekend declines, signal that moviegoing is far from hitting normal levels. Movies have been unusually frontloaded. (F9, which had an exclusive theatrical release, also dipped 67 percent in its second weekend.)

Disney declined to comment on the NATO statement. Insiders, however, say the company is trying to come up with ways to reach all consumers in challenging times. They also note that Black Widow grossed a pandemic-era best $80 million domestically and $158 million globally in box office revenue.

NATO thinks otherwise, saying the stand-alone superhero offering should have debuted in the $92 million to $100 million range domestically. The trade organization points to cannibalization from Disney+ and piracy as the prime culprits for Black Widow‘s performance.

“One can assume the family-oriented Disney+ household is larger. How much? How much password sharing is there among Disney+ subscribers? Combined with the lost theatrical revenue and forgone traditional PVOD revenue, the answer to these questions will show that simultaneous release costs Disney money in revenue per viewer over the life of the film,” NATO says.

“Piracy no doubt further affected Black Widow’s performance, and will affect its future performance in international markets where it has yet to open,” the release continued. “Pristine digital copies became available within minutes of release on Disney+. Black Widow was the most torrented movie for the week ending July 12. It is also available on myriad illegal streaming sites all over the internet.”

NATO says this was also the case for simultaneous HBO Max releases. In a sweeping decree, Warner Media is sending all of its 2021 releases — including Space Jam 2 — to cinemas and to HBO Max at no extra charge. NATO adds, “How much money did everyone lose to simultaneous release piracy?”

Both Disney and WarnerMedia have indicated they will return to a traditional theatrical release when the pandemic subsidies, both in the U.S. and overseas.