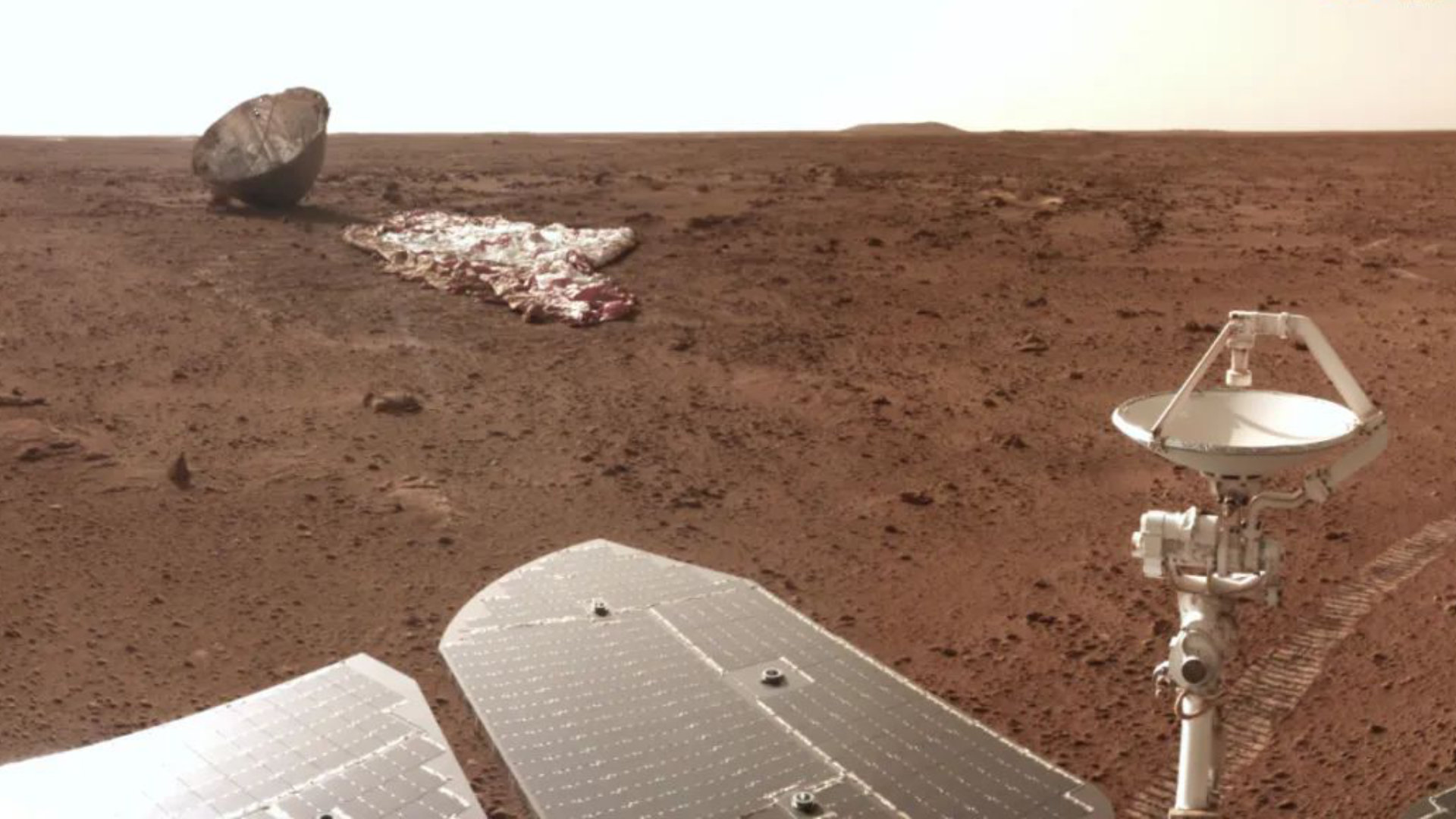 Zhurong was able to approach the parachute and rear shield that were dropped when it landed on Mars. The rover passed about thirty meters from these pieces of the capsule, which he photographed.

Zhurong has already moved far from its landing site, which occurred on May 15, 2021. New images released on July 15, spotted by Space.com, show the progress of the Chinese rover. A color photograph shows in particular that the rover has found its parachute and its rear shield, which had been dropped on the red planet during the landing. The shield served to protect the rover and its lander, while the parachute was deployed to slow Zhurong’s course.

Zhurong traveled 450 meters, and moved away to a distance of 350 meters from where he landed. The rover passed 30 meters from these two elements on July 12, comments the user on Twitter. @Kaynouky, which closely follows Chinese space news. As he points out, the image shows that the capsule which contained the rover is not equipped with thrusters. How was Zhurong’s re-entry into the atmosphere of Mars controlled? It was the thrusters located on the lander that played this role. We can also see by zooming in on the image that the capsule is perforated.

The role of the lander’s thrusters in coming to the surface of Mars was similar for other missions. For the NASA Curiosity and Perseverance rovers, the choice was for example identical. The thrusters have been inserted in holes created on the rear shield of the probe. Zhurong’s thrusters are also visible in another photo taken by Zhurong on Mars, which shows the lander of the Tianwen-1 mission. ” It was equipped with four clusters of four thrusters each, oriented either horizontally or at about 45 ° upwards “, precise @Kaynouky.

Zhurong was sent to Mars to carry out a mission of at least 90 sols (the name of the day on the red planet), or about 93 Earth days. The Tianwen-1 mission orbiter, which housed the rover, continues to revolve around Mars. It thus serves as a relay for communications with the rover, while making its own observations. The orbiter can also photograph the progress of the rover. The probe is expected to operate for at least one Martian year (687 Earth days).

All about the planet Mars