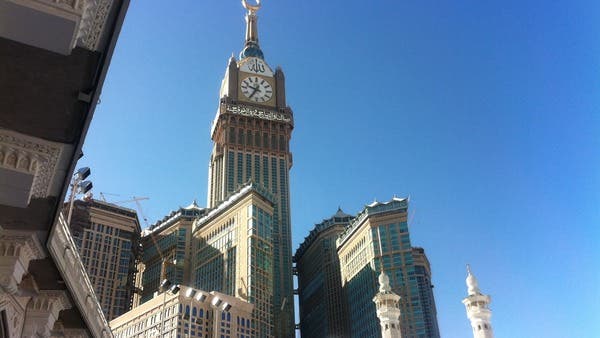 Skyscrapers are often seen as a symbol of cultural expression, as these massive buildings feature modern designs and stunning heights, these architectural marvels are usually the product of collaboration between investors, architects and builders.

While the costs of building skyscrapers have risen over the past decade, the recent acceleration in expenditures has been reflected in the construction of the world’s largest clock tower in Saudi Arabia, creating a steep path for skyscraper expenditures, according to How Much.

According to a classification conducted by the site, the “Abraaj Al-Bait” in Makkah Al-Mukarramah, also known as the “Clock Tower”, advanced the ranking among the most expensive skyscrapers, while the Burj Khalifa in Dubai, the tallest in the world, ranked eleventh.

The construction of the “Abraaj Al Bait” cost 15 billion dollars, as this building was completed in Mecca in 2012, and includes a clock tower and a hotel.

Next in order of construction cost is the $5.7 billion Marina Bay Sand in Singapore, which was completed in 2010 and is home to a hotel and retail empire.

In third place is Wynn Resorts, in Las Vegas, Nevada, United States, at a cost of $4.1 billion. This building was completed in 2005 and is the most expensive hotel and casino in the world.

Fourth, The Cosmopolitan in Las Vegas, Nevada, also comes in at a cost of 3.9 billion dollars. The hotel was built in 2010 and consists of two towers that are each 603 feet high.

In sixth place, we find The Venetian Hotel in China, at a cost of $2.4 billion. This hotel and casino were completed in 2005 and were owned by the Las Vegas company, which has a sister hotel in Las Vegas, USA.

In seventh place comes The Princess Tower in the United Arab Emirates, with a construction cost of $2.17 billion. This residential tower, which was built in Dubai in 2012, was completed and is ranked 24th in the list of tallest buildings in the world.

Palazzo Casino in the US is in eighth place with a cost of $2.05 billion. This Italian style casino is the tallest completed building in Las Vegas.

Ninth, comes the $1.8 billion Taipei 101 Tower in Taiwan. The building was completed in 2004 in the Taiwanese capital, and was formerly known as the Taipei World Financial Center.

Tenth is the $1.5 billion London Glass Shard, a 95-storey skyscraper completed in London in 2012. The building was formerly known as London Bridge.

Dubai’s Burj Khalifa came out of the top ten, with a construction cost of $1.5 billion, which was completed in 2009, and is the tallest building in the world.