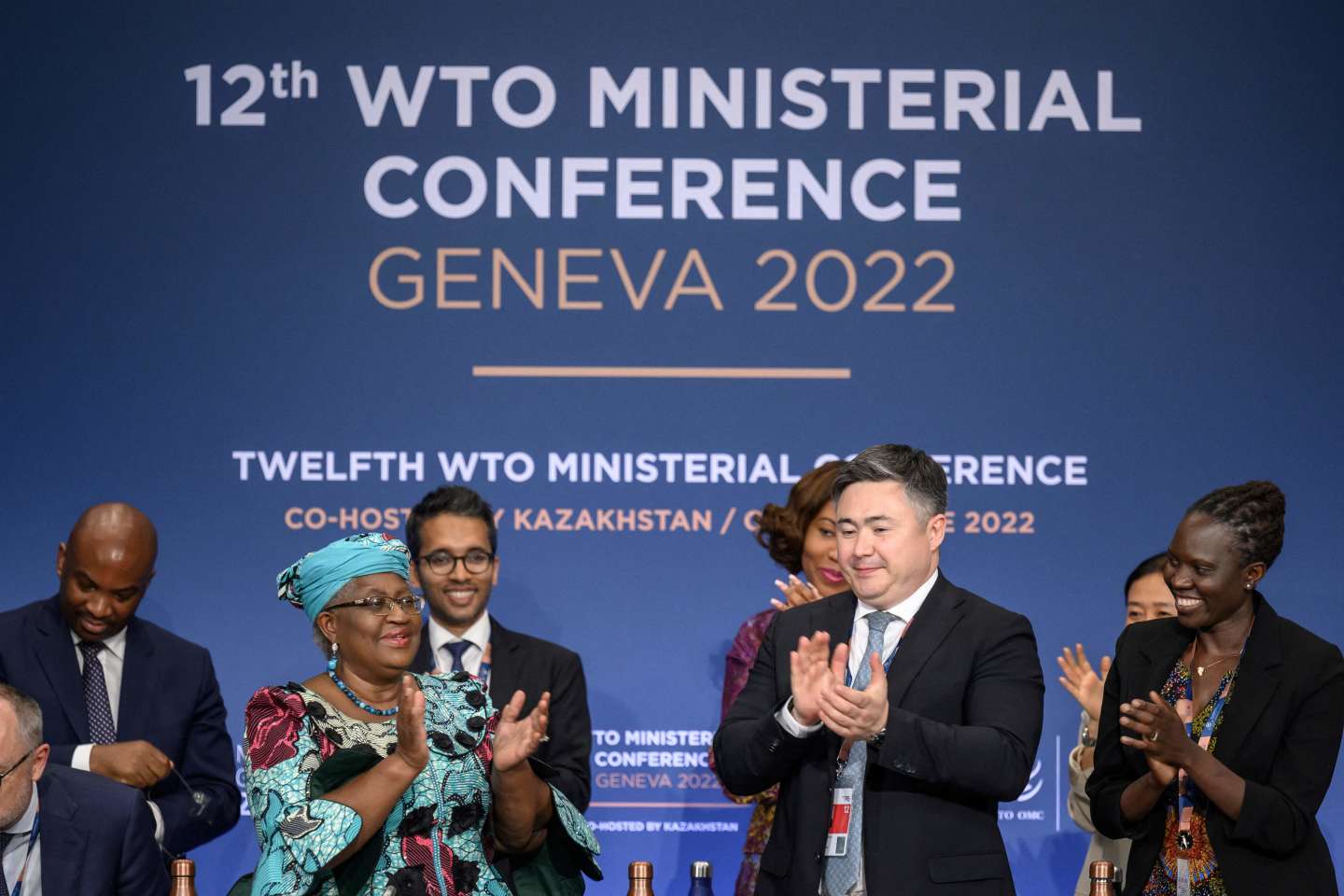 The World Trade Organization adopts an “unprecedented” package of measures

Five days of intense negotiations for a “result set” qualified as ” unprecedented “ by the Director of the World Trade Organization (WTO), Ngozi Okonjo-Iweala.

“It’s been a long time since the WTO has achieved so many multilateral results. The results demonstrate that the WTO is capable of responding to the urgencies of our time”, declared, Friday, June 17, Ngozi Okonjo-Iweala in front of the heads of delegation of the 164 member countries of the organization. However, the WTO did not immediately publish the final texts.

The conference aimed not only to tackle the food insecurity created by Russia, but also to remove subsidies that facilitate illegal fishing and empty the oceans, to temporarily lift patents that protect Covid-19 vaccines. 19, or reforming the WTO itself.

But when the meeting started on Sunday, the hope of concluding on all these subjects was slim, as the differences between delegations remained important. Mme Okonjo-Iweala herself set the bar for success with the adoption of one or two texts.

Read also WTO: “Ngozi Okonjo-Iweala gives Africa hope of being taken seriously when it calls for a level playing field”

The ministerial meeting lasted almost thirty-six hours longer than expected. It was finally around 5 a.m. (Paris time) that the Director General knocked down the hammer which marks the formal adoption of the texts.

The text on food insecurity was eagerly awaited, although it is only a ministerial declaration. Russia’s war is depriving the world of grain and fertilizer, driving up prices and threatening millions of people around the world with hunger.

The document adopted stresses the importance “not to impose export prohibitions or restrictions” which are contrary to WTO rules. It calls for any emergency measures introduced to address food security concerns, such as an export freeze, “be temporary, targeted and transparent”and are notified to the WTO.

A second text protects food purchases by the World Food Program from restrictions that may be imposed by certain countries.

Until almost the last minute, the fishing agreement remained uncertain, and even if the text is watered down compared to the initial ambitions, Ngozi Okonjo-Iweala nevertheless claimed success.

This was one of the key topics of this ministerial conference. Negotiations on the subject were launched more than twenty years ago and are part of the United Nations (UN) Sustainable Development Goals. In particular, it is a question of prohibiting certain forms of subsidies which may encourage illegal taking.

To help developing countries, the WTO wants to set up a fund to provide them with technical assistance and build their capacities so that they can implement the agreement and help their fishermen to switch to more sustainable.

After two and a half years of fighting the Covid-19 pandemic, member states succeeded in agreeing on Friday on the facilitation of trade in medical goods necessary for the fight against pandemics. An important subject, intended to prevent the trade of ingredients and materials from being restricted when they are most needed.

The temporary lifting of patents protecting anti-Covid-19 vaccines intended for developing countries was also adopted. This subject has been the subject of bitter battles between the pharmaceutical lobby, certain developing countries and numerous NGOs. The idea is to facilitate the production of serum.

Also read the story: Article reserved for our subscribers The fight against Covid-19, priority of new WTO leader Ngozi Okonjo-Iweala

The Member States have also renewed the moratorium on electronic transactions, despite the reluctance of India and South Africa, who regret seeing a potential customs manna from these exchanges escaping them.

The five days of intense negotiations were marked by Indian intransigence on several issues, including on subsidies that contribute to overfishing. The Indian Trade Minister, Piyush Goyal, presented as the impediment to going around in circles by many delegations, maintained that his country “doesn’t stand in the way of anything”but is a “consensus builder”.

Read also: Article reserved for our subscribers The WTO is concerned about the fragmentation of world trade