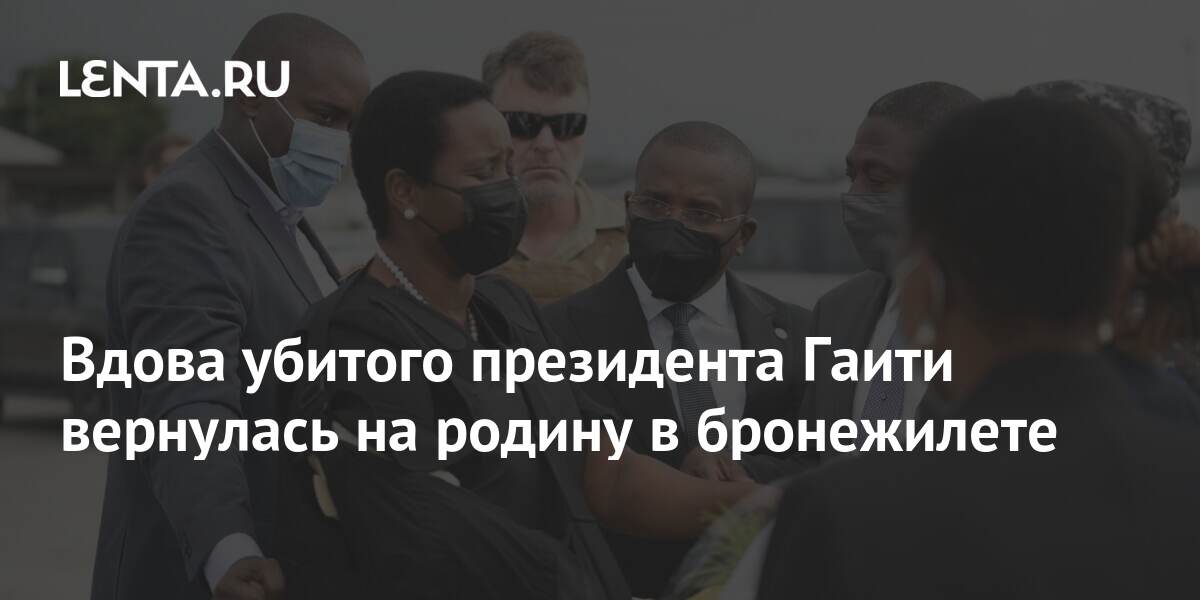 The widow of the assassinated Haitian President Jovenel Moise Martin Moise returned to her homeland. This is reported by the Haiti-24 portal.

At the airport, Moise was met by the Prime Minister of the country, Claude Joseph. The photographs show that the woman is wearing a bulletproof vest and her arm is bandaged.

The fact that Martin Moise will be discharged from the American hospital and will return to the country was announced on Saturday, July 17th. She will take part in the funeral of her husband Jovenel Moise.

Earlier, Martin Moise first published a photo from the hospital. She thanked her attending physicians for the medical assistance. Before that, she also remembered the terrible details of her husband’s murder.

The residence of Haitian President Jovenel Moise was attacked on the night of July 7, and was tortured before his death. The criminals mortally wounded the head of state from firearms, he received 12 wounds. Three foreigners were among the liquidated assassins of the president. Moiz’s funeral will take place on 23 July.