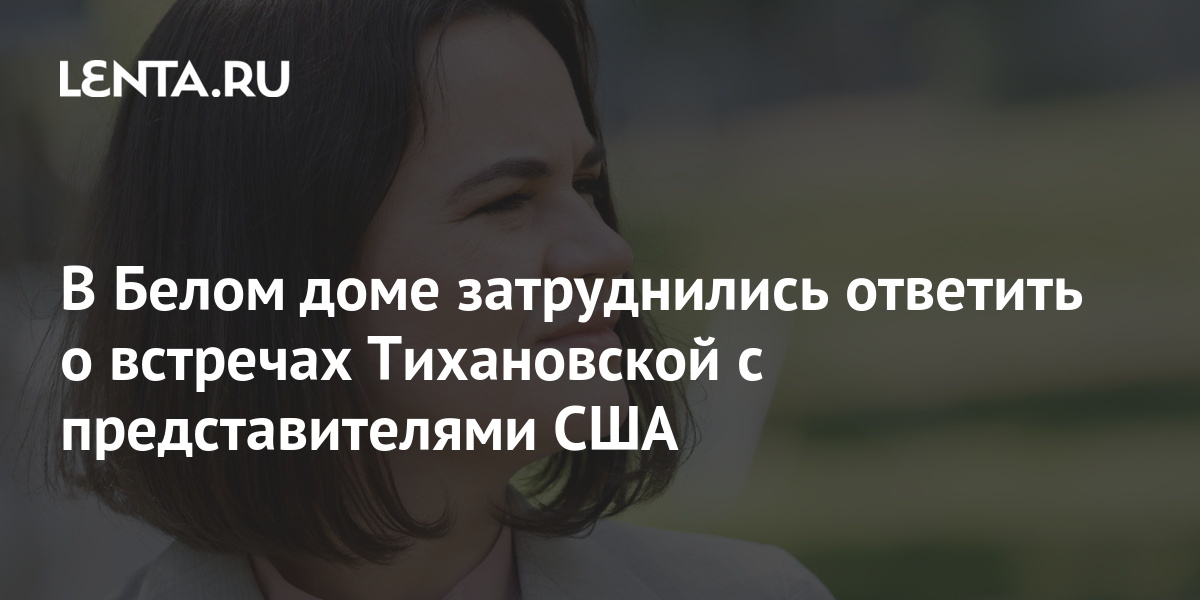 Psaki, commenting on the question of journalists about Tikhanovskaya’s visit to the United States, said that she had no information on this topic and asked to return to it later. She also asked the media representatives if the Belarusian politician had explained to them who she was planning to meet with: members of the national security team, State Department officials, or simply people from the US government.

It is noted that on July 18, Tikhanovskaya is going to arrive in the United States, where she plans to visit Washington, California and New York, as well as hold summit meetings with politicians and experts.

Earlier it was reported that Tikhanovskaya met with the head of Ryanair Michael O’Leary at the company’s central office in Dublin. O’Leary told Tikhanovskaya about Ryanair’s own investigation into “the hijacking of the plane” of the company, which made an emergency landing in Minsk in May. According to him, the airline is working on it together with ICAO (International Civil Aviation Organization), Poland, Lithuania and Greece. He also gave Tikhanovskaya a report on the results of the investigation.

On May 23, a Ryanair plane flying from Athens to Vilnius made an emergency landing in Minsk after reports of mining operations. On board was the former editor-in-chief of the NEXTA Telegram channel Roman Protasevich. After landing, he was detained by Belarusian law enforcement officers.