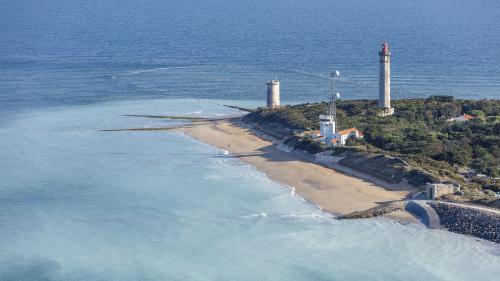 The Whale Lighthouse has been watching for 150 years, proudly standing facing the ocean on the Île de Ré in Charente-Maritime and still guiding ships offshore. Until the end of the 17th century, before its construction, the area was one of the country’s major shipwreck areas. Alex Pichon, of the Patrimoine-Océan company, manager of the site, said: “The history of the lighthouse begins in 1834, when it was commissioned on January 15. It was part of the 1825 program: it was the State which decided on that date to light up the coasts of France and to build large lighthouses every 50 kilometers to guide sailors.“

Regarding this name worthy of a novel, Alex Pichon continues: “We do not know the exact origin of the name, but we do know that it is an Italian navigator cartographer, Pizigani, who mentions the Whale Coast for the first time in 1370.Today, the site receives tens of thousands of visitors each year.

The other subjects of the news