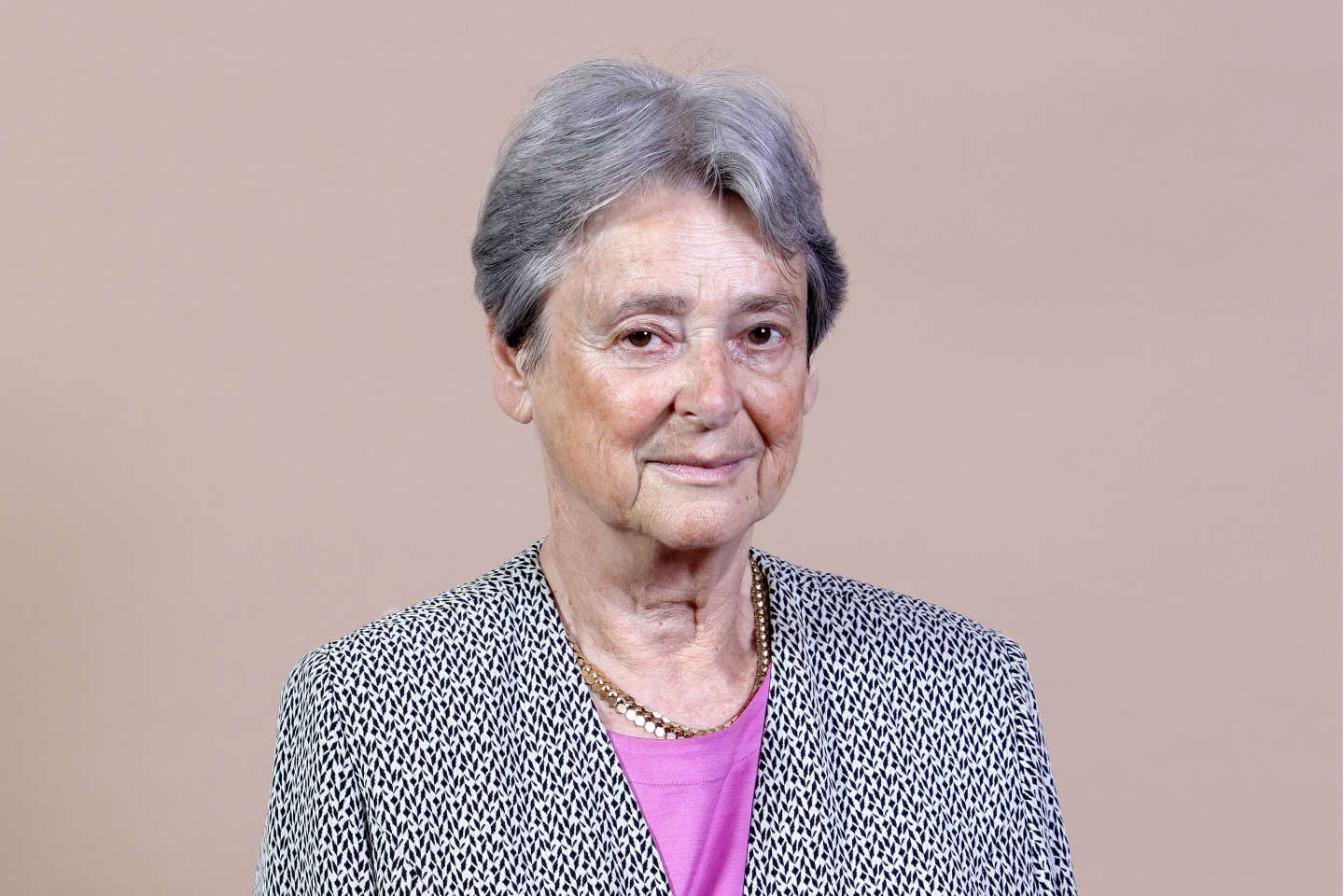 “The way we spoke, with contempt, of my father remains a wound”

Maintenance“I wouldn’t have arrived there if…” Each week, “Le Monde” questions a personality about a decisive moment in their life. Dominique Schnapper, reference of sociology, evokes in particular the soothing influence of her husband.

Director of studies at the Ecole des Hautes Etudes en Sciences Sociales (EHESS), Dominique Schnapper – daughter of Raymond Aron (1905-1983), ardent defender of liberalism – is one of the greatest figures of French sociology. His work focuses on the evolution of democracy and questions the Jewish condition, secularism, as well as citizenship. She is the first sociologist to have been appointed to the Constitutional Council, from 2001 to 2010. Aged 87, she has chaired the Council of Elders of Secularism since 2018.

I wouldn’t have come here if…

… if, in 1957, I had not decided to complete my degree in history and geography with a certificate in geography at the Sorbonne. I met a redhead there with big glasses, whom I quickly found very intelligent but unbearable, and married twelve months later. It was the most important decision of my life, the one that had the most consequences and without which I really wouldn’t be who I am.

Why do you say that ?

Because life had been a little hard before. I didn’t really know what I wanted, or what was important and wasn’t. I had facilities but I had not found myself. My husband, Anthony [Antoine Schnapper, historien de l’art, 1933-2004], had on the contrary found himself very young. Her father had been deported, her mother was bipolar. He built himself. When we met, he was already extraordinarily assertive in his personality, his choices. Not having been able to present Normale-Sup because of tuberculosis, he turned to the history of art. Basically, he helped me find what was essential.

To work and to love is Freud’s definition of the normal man. But also total commitment, which gives meaning. Everything else is secondary. Antoine never made the slightest concession to society life, to social ambitions. Very early on, he drew the terms of our life.

I was 23, he was 24. We were sitting side by side in geography and had decided to prepare for the exam together. At the end of the year, I went with friends to northern Italy. Antoine also went there, but in Sicily. We thought we could meet in Rome. I received a telegram: “Rendezvous on the 1is September at noon on the steps of Trinité-des-Monts”. I found him sitting, immersed in an old Baedeker. This is how a life is played out. We got into my green 4 CV and announced that we were getting married. This is called a great love. It lasted until death did us part.

You have 80.08% of this article left to read. The following is for subscribers only.