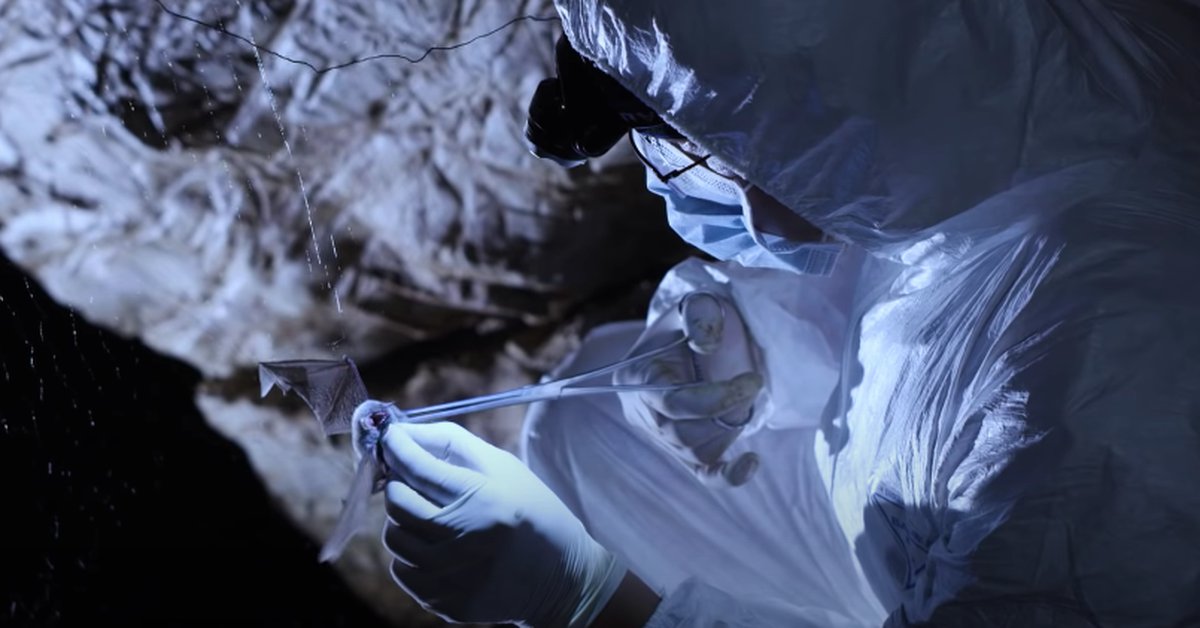 In December 2019, China released “” Youth in the Wild – The Invisible Line of Defense “, a video showing how a team from the Wuhan Center for Disease Prevention and Control was searching for virus vectors in bats.

“I am not a doctor, but I work to heal and save people. I am not a soldier, but I work to safeguard an invisible national defense line, “says Tian Junhua, the bat hunter at the Wuhan Center for Disease Control and Prevention.… Yes, the same city where COVID-19 was born, which put the whole world in check more than a year and a half ago: almost 4 million dead and more than 172 million infected.

The Chinese adventurer, who frequents the caves of Hubei province, has an epic tone as he exposes his life to the dangers of nature to defend the world from “invisible” dangers such as viruses. This is not an investigation by a consortium of journalists united across the globe to learn the truth, The images showing how bats are hunted and handled in Hubei province are part of an official propaganda video produced by the Chinese regime’s own scientific authorities and broadcast by the state-run CCTV on December 10, 2019, practically simultaneously with the date that Wuhan residents began to go to hospitals with mysterious respiratory ailments and the world began to know of the existence of a new coronavirus.

In the video, the researchers scale the cavern wall, with its ghostly blue headlights. “If our skin is exposed, it can easily come into contact with bat droppings and contaminated matter, which means that this is quite risky,” Tian, ​​the bat hunter, tells the camera. “We have to live several days in the cave …”, he continues, while the soundtrack increases the drama. “There is no cell phone signal, no supplies. It’s really scary. “

The clip is a high-quality production, designed to highlight China’s role as a world leader in viral research.

Tian and his team from the Wuhan Center for Disease Control and Prevention are filmed capturing horseshoe and pipistrelle bats, and collecting samples in search of new bat-borne diseases and the basis for new vaccines. Tian talks about the need to be cautious. “It is when we discover new viruses that we run the greatest risk of infection,” he says, although he is seen handling sample vials without wearing full protective equipment.

“The video is perhaps most notable for what it does not reveal. Nothing is known outside of China about the information obtained on that expedition by the Wuhan CDC, the same agency that oversaw China’s early response to the pandemic. The team has not revealed what virus, if any, it found in the cave, not even when the mission took place ”, he warns with a strong argument The Washington Post.

What’s more, proves that the Chinese regime lied during the WHO investigations into the origin of the virus because according to the report published in March, the Wuhan CDC denied any storage or laboratory activity related to bat viruses before the coronavirus outbreak … A difficult assertion to sustain in the face of images of Tian boasting of having visited dozens of bat caves and studied 300 types of virus vectors.

Tian has not spoken publicly for more than a year and his silence adds to China’s deliberate decision to block all access to scientific records in Wuhan. It is that a year ago the idea that the coronavirus could have leaked from a Chinese laboratory seemed crazy, one more chapter of a crazy conspiracy theory … But now everything has changed because the Wuhan report of the WHO leaves the question unresolved of the origin of the coronavirus.

In the propaganda video, Tian Junhua and his team are seen handling bats in caves in Hubei province.

The silencing of the scientists, the general denials, the careful custody of raw data and biological samples feed the idea that something unnatural – although it is not well known what – could have happened in Wuhan.

Not only is Tian’s team at the Wuhan CDC in their sights, but the international community is also targeting the group from the Wuhan Institute of Virology (WIV).

See also  “Coronavirus will already be endemic next winter” – Wel.nl

Weeks ago, Anthony Fauci himself, the White House’s chief medical adviser, joined the alarm bells. While he maintained that the historical basis for pandemics that evolve naturally from an animal reservoir is extremely strong, he cautioned: “But no one knows, not even I, 100% at this time, which is why that we are in favor of continuing to investigate ”.

In the same vein, Céline Gounder, an infectious disease expert who served on the advisory board of Biden’s transition team for COVID-19, spoke. As he explained, confusion reigned at first and conspiracy theories and attacks on China were mixed in it, but now that time has passed and there are more tools to analyze, the hypothesis that a laboratory accident has occurred “is certainly possible.”

In an epic tone, Tian Junhua boasts of having explored dozens of caves and studied more than 300 types of virus vectors

It is not just hypotheses, the infectious disease expert explained that the idea makes sense because now it was discovered that in November 2019 three researchers from the Wuhan Institute of Virology who were working on coronavirus were hospitalized with symptoms that today, from a distance, could well have been COVID-19 … Gounder explained that it could also have been flu symptoms or something else, but they are evidently compatible with COVID-19. “We do not have enough information on these three cases, and that is something that needs to be investigated,” he insisted.

In fact, 15 days ago, President Biden ordered US intelligence agencies to redouble their efforts to determine the origin of the pandemic, even if it could have arisen “from a laboratory accident.”

The world’s experts and governments are demanding that China cooperate. Affirm that Investigating the security protocols of the Wuhan CDC and Chinese laboratories is key. In addition, they request unrestricted access to all their records.