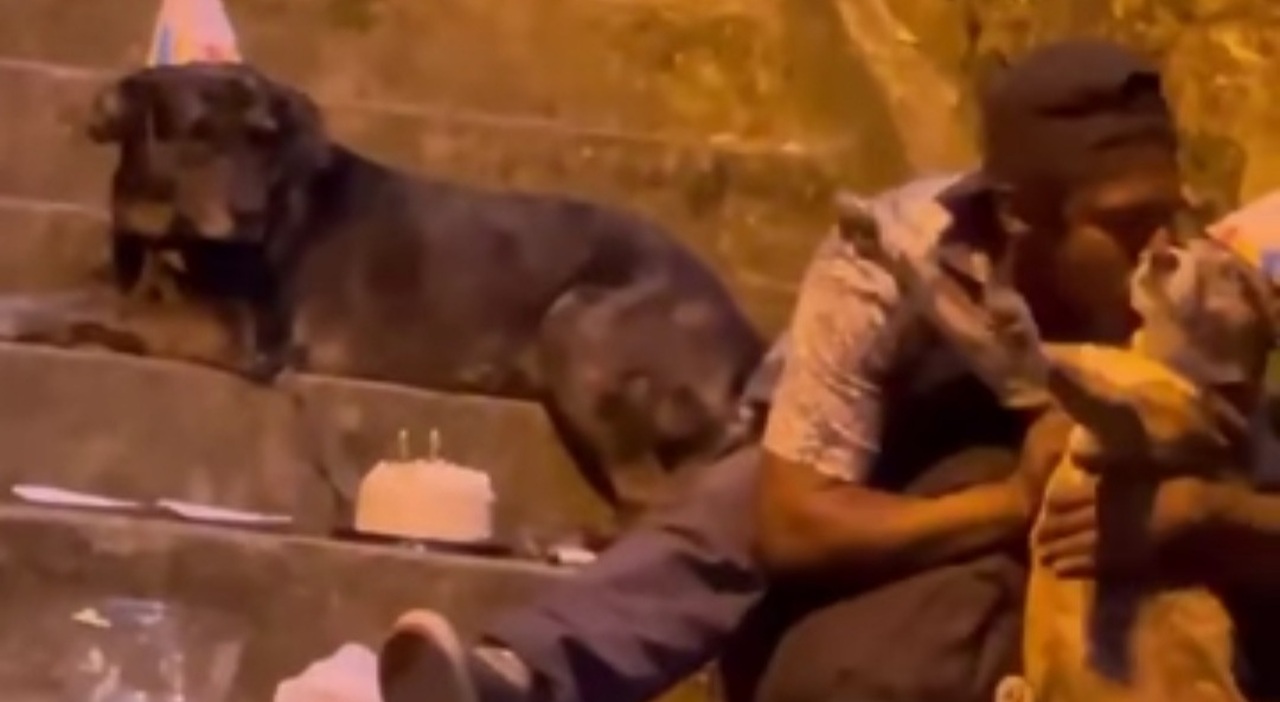 the video goes viral and changes its fate

If the spell has a name, this time it could be called Choco. Because this is precisely the affectionate nickname with which Jose Luis Matos, homeless 25-year-old Colombian is known to everyone in the streets of Bucaramanga, the capital of Santander, north of Bogota, where he lives with his two dogs. Right there, in fact, in one of those streets that he knows inside out, a couple of days ago, his life changed. All the fault of a birthday. No, not hers but one of her two dogs, Shaggy and Nena, whom she loves as if they were her children. Choco, in fact, had decided to organize a real party. That birthday was supposed to be one of those days to remember. And for the occasion he had thought of everything. So, complete with hats for the dogs, cake and candles, the party had begun.

Magawa, the mouse hero who smelled mines in Cambodia, died: he was 8 years old and a medal for valor

Homeless man celebrates the birthday of one of his dogs

In the meantime, however, someone had noticed all those preparations and, staying at a safe distance, had started filming. So here’s Choco singing “happy birthday” for her animals and then kisses and hugs and a few tears. Finally, candles and cake for everyone. The film is so tender that the author decides to publish it online. Time two minutes and goes around the country. Choco and Shaggy and Nena become superstars without their knowledge. At least for a while. Because that video ends up under the eyes of David Guerrero, a well-known human rights activist and protagonist of countless struggles dedicated to the environment. “The first time I saw Choco-José Luis and his dogs, remembers Guerrero, was in the video that went viral that everyone knows.” Guerrero is kidnapped by those images and wants to meet the boy. So he sets out on his research. “A few hours after seeing the video, I went to look for him together with the psychologist Laura Pulido and I found him. Now I don’t know how bright his future will be but I think he can have a great influence in the field of animals and people who live for. Street”. The video, as if by magic, is changing the fate of Choco and her dogs. Thanks to Guerrero’s help, she continues to receive new dog food and clothes. He even had a job and a shelter for himself and his animals. “I’m proud of him.” He underlined a moved Guerrero who then concluded: “Thanks Choco-José, I learned a lot from you”.