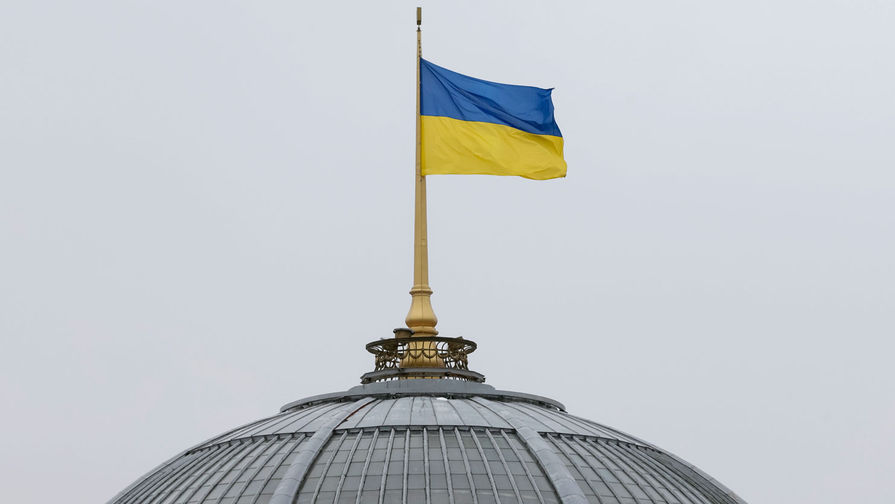 August 24 will mark the 30th anniversary of Ukraine’s Independence Day. On this occasion, the US Embassy in Kiev recorded a congratulatory song for Ukrainians. The diplomatic officials independently performed the track “My friend” by the Ukrainian rock group Kozak System, emphasizing that the States “strongly support the democracy, integrity, sovereignty and prosperity of Ukraine”, and pointing out the friendly relations between the countries: in particular, the song contains the following lines, like “My friend, you and me – you and me, my brother! The sun will shine again in early spring! “

One way or another, not everyone liked the video. Co-chairman of the Opposition Platform – For Life faction Vadim Rabinovich called the American video a “shame” and made a reference to the recent events in Afghanistan, where the militants of the radical Islamic Taliban (an organization banned in Russia) movement seized power after the withdrawal of US troops from the country. The People’s Deputy expressed the opinion that Ukraine is as “occupied” as Afghanistan by the Americans for the last 20 years.

“Ukrainian corrupt officials have never experienced such humiliation in their lives – for twenty years of occupation, Afghanistan was given three trillion dollars for plunder (according to the official version, the United States spent more than two trillion during the time spent in Afghanistan. – Gazeta.Ru), and on the 30th anniversary of the occupation of Ukraine, they sang just a song to our corrupt Taliban. The US Embassy in Kiev sang a song to its Ukrainian friends. This is some kind of shame! ” – wrote the parliamentarian on his Facebook page.

Ukraine will celebrate the 30th anniversary of independence on a grand scale. Presidents, heads of government and churches and foreign ministers from 30 countries are expected to attend a large-scale military parade in Kiev. Festive events – about 150 of them are planned – will also take place in many other cities of the country. In particular, Andrea Bocelli will perform at the show at the NSC Olimpiyskiy in Kiev.

As Dozorro calculated, the state structures of Ukraine have already spent almost 200 million hryvnias (this is more than 558 million rubles) on preparations for the celebration of Independence Day, and, as previously reported, about UAH 5.4 billion will be allocated for the celebrations, which include expenses for various projects dedicated to the date.

On August 22, Zelensky, as part of the start of the celebrations, is to present the National Legend of Ukraine awards for outstanding personal merits in the formation of independent Ukraine, and the day before the president met with Patriarch Bartholomew of Constantinople, which caused an ambiguous reaction in Ukrainian civil society: hundreds of believers gathered near the building of the Verkhovna Rada with posters and protested against the visit of a clergyman to Kiev – they argued that the patriarch was the culprit of discord and blood in Ukraine, indicating that in 2018, by decision of Bartholomew, the non-canonical Orthodox Church of Ukraine (OCU) received autocephaly, which the ROC and the UOC of the Moscow Patriarchate for their part, they do not recognize it.

Directly on August 23, the national flag will be raised in the Cherkasy region and the summit of first ladies and gentlemen, initiated by the president’s wife Elena Zelenskaya, and in the evening a concert is planned at the National Opera for officials.

See also  Afghanistan: boys are rehearsing the uprising against the Taliban policy abroad

On the same day, another important event will take place – “Crimean Platform”.

According to the head of the Ministry of Foreign Affairs of Ukraine Dmitry Kuleba, 14 presidents, as well as prime ministers, ministers of defense and transport, ambassadors, secretaries of state, heads of parliaments and secretaries of the Ministry of Foreign Affairs, will come to the summit; in total, 44 countries will have foreign representation, as well as the European Commission. NATO and the Council of Europe.

Official representative of the Russian Ministry of Foreign Affairs Maria Zakharova in conversation with Gazeta.Ru supported the point of view of Sergei Lavrov and called the upcoming summit a “sabbath.” In the opinion of the Russian Federation, the Crimean Platform cannot be called serious. She also emphasized that the people who will take part in the event, in fact, have nothing to do with modern Crimea and have never been to the peninsula.

On August 24, several parades will take place in Ukraine, including the largest in Kiev, a ceremonial meeting of the Verkhovna Rada and a festive concert.