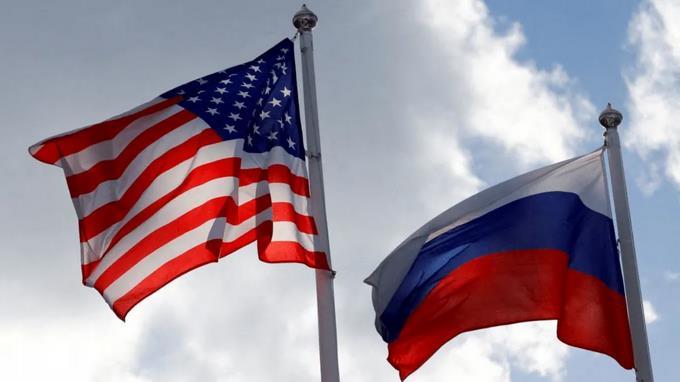 The United States announced this Sunday a new battery of sanctions against Russia in the framework of a meeting of the G7 leaders, in which the great industrial powers promised to further isolate Moscow over the war in Ukraine.

European G7 countries were unable to announce their own sanctions as the European Union (EU) was unable to reach an agreement on Sunday to ban oil imports from Russia due to some partners’ reliance on Moscow crude.

However, in a joint statement distributed by the White House, the G7 leaders reiterated their commitment to reduce dependence on Russian energy and said they will increase their campaign to further isolate the Russian economy with new measures against its financial sector.

The G7 meeting, which was held virtually, was attended by the Ukrainian president, Volodímir Zelensky.

Zelenski reaffirmed his intention to defeat the Russian troops and explained that Ukraine depends on its international partners, in particular the G7, to obtain sufficient military resources and so that the Ukrainian economy can recover after the destruction of the war, according to the White House.

In response, the G7 leaders reiterated their commitment to Ukraine’s sovereignty and territorial integrity and vowed to take further action against the Kremlin.

Sanctions against directors of Gazprombank

Despite the threats in the joint statement, the only country that announced sanctions this Sunday was the United States, which restricted access to visas for 27 directors of the Russian bank Gazprombank.

A senior US official explained to the press that the sanctions against the directors of Gazprombank seek to give a “warning” to the entity, a banking subsidiary of the Russian state gas company Gazprom and the only channel authorized by the Kremlin for members of the EU make their Russian gas payments.

However, since the sanctions are not directed against the bank itself but against its directors, European countries will be able to continue trading with Russia, said that source.

The United States also retaliated against eight senior officials of the Sberbank entity, the most important in Russia, representing 37% of its financial system.

In total, the North American country today announced similar measures against 2,600 people it claims are part of the Russian elite or are Russian or Belarusian officials, who allegedly have helped perpetrate aggression against Ukraine’s sovereignty or have violated human rights.

On the other hand, the US government retaliated against three television networks: Channel One, Rossiya and NTV, the latter owned by the powerful communication group Gazprom-Media, itself a subsidiary of Gazprom.

Washington accuses the networks of having become part of Putin’s propaganda “machine”.

As a result of the sanctions, those three stations will be barred from acquiring the technology they need to make their broadcasts, from US-made cameras and microphones to sound equipment and lighting systems.

The United States also announced sanctions against Promtekhnologiya, a company that produces weapons used by Russian troops in Ukraine, as well as seven shipping companies that own or operate 69 ships and a maritime towage entity.

The sale to Russia by US companies of industrial materials that could be used for the war in Ukraine, such as bulldozers, industrial engines, fans, boilers and wood products, will also be prohibited.

In addition, the Joe Biden government decreed that US companies will not be able to provide accounting and advisory services to any Russian person or entity.

Symbolic gestures of solidarity with Ukraine

Beyond the US sanctions, several G7 countries expressed their solidarity with Ukraine by visiting the country by surprise, gestures of special symbolism as it coincides with the so-called Victory Day, the anniversary of the Capitulation of the Third Reich and the defeat of Nazism.

For example, Canadian Prime Minister Justin Trudeau visited the municipality of Irpin, in the kyiv region, accompanied by its mayor, Oleksandr Markushin, according to the Ukrainian portal Ukrinfrom.

Meanwhile, the Speaker of the German Parliament (Bundestag), the Social Democrat Bärbel Bas, traveled to kyiv to participate in the commemorations of the end of World War II, becoming the first high-ranking figure from Germany to visit Ukraine since the beginning of the Russian invasion on February 24.

On the other hand, the American first lady, Jill Biden, crossed the border between Slovakia and Ukraine by surprise to meet with the wife of the Ukrainian president, Olena Zelenska, in a show of solidarity that coincided with the celebration of Mother’s Day both in USA as in the Slavic country.

The G7 summit was announced on Friday by the German government, the country that holds the rotating presidency.

The Group of 7 (G7) was previously known as the G8, but Russia was expelled in 2014 following its annexation of Ukraine’s Crimean peninsula.