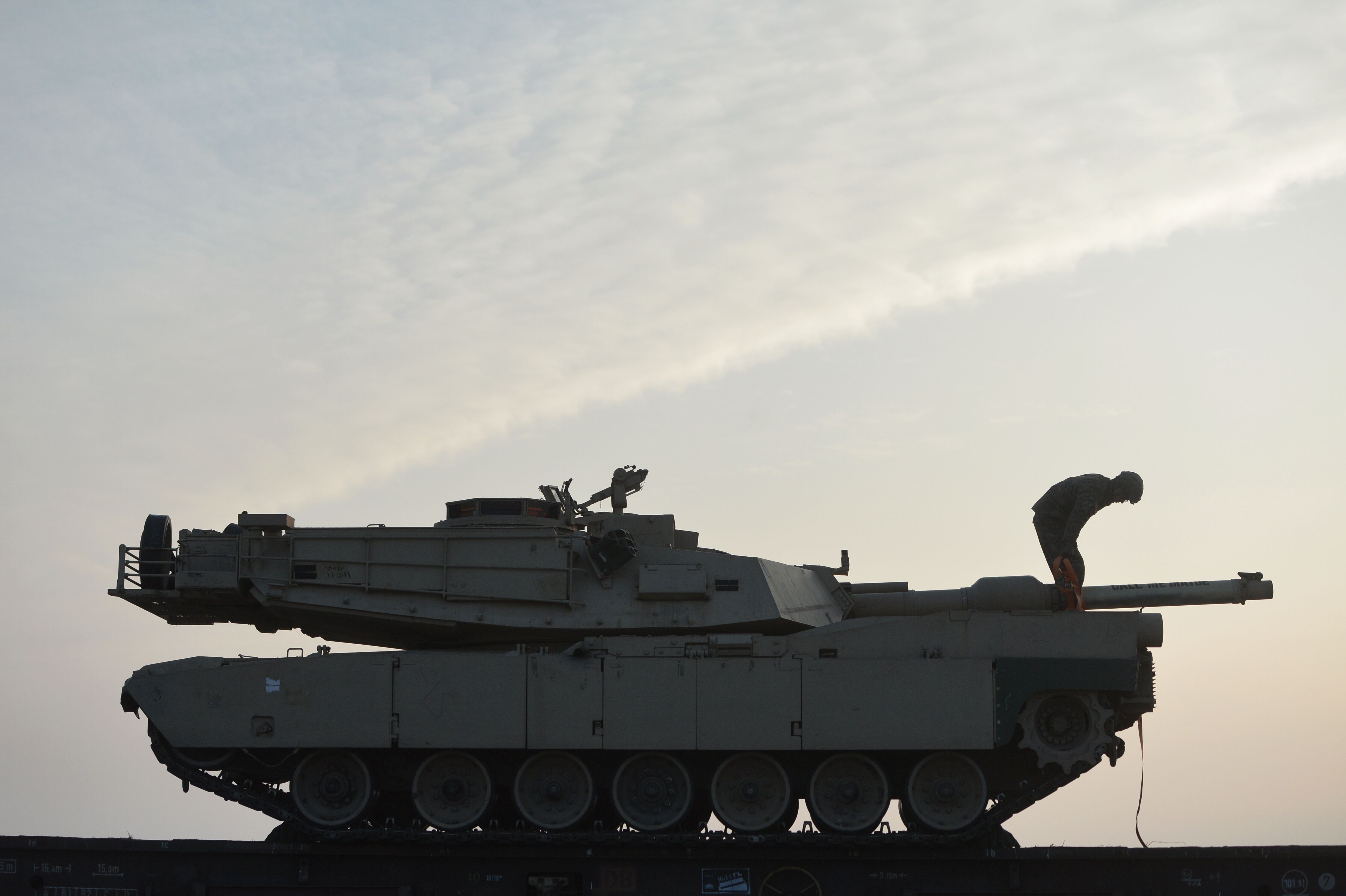 The United States will send 31 Abrams tanks to Ukraine. The lock jumped. After the Germans, here are the Americans. A few hours after the announcement made by Berlin of the forthcoming delivery of Leopard 2 heavy tanks to the Ukrainian army, the United States confirmed this Wednesday afternoon the shipment of M1 Abrams model tanks. These tanks will be sent to Ukraine “in line with our efforts to provide Ukraine with the capabilities it needs to continue to defend itself better”, explained a senior American. The delivery of these tanks to Ukraine is not a “offensive threat against Russia”said US President Joe Biden live from the White House.

Former handball player Bruno Martini sentenced to twelve months suspended prison sentence for child pornography. Twelve months suspended prison sentence, 2,500 euro fine for “bribery of a minor” et “recording of child pornography images”. Bruno Martini, former double world champion with the French handball team and now ex-boss of the National Handball League (NHL), was sentenced on Wednesday after a preliminary admission of guilt (CRPC) . Arrested on Monday and then placed in police custody, after an investigation opened in June 2020, Martini appeared quickly according to this classic procedure of “plead guilty”. The 52-year-old accepted the penalty – supplemented by a five-year ban on carrying out any activity involving contact with a minor. This was confirmed in the afternoon during an approval hearing, according to his lawyer, Me Elie Dottelonde.

Gare de l’Est: back to normal on Thursday. After two days of repairs to the facilities destroyed the day before by a “act of sabotage” east of Paris, rail traffic will resume completely at the Gare de l’Est on Thursday morning. Already at midday on Wednesday, three out of four trains were running for the TGV Est compared to one in three at morning rush hour. At the end of the afternoon, SNCF Voyageurs confirmed a return to normal traffic on Thursday morning. “All trains, TER and TGV from or to the Gare de l’Est” will circulate as planned, the public company said. A recovery made possible thanks to «l’engagement» SNCF Réseau employees who took turns day and night to repair the damage, insisted the company.

See also  In the United States, a chemical train derails and catches fire

Riad Sattouf grand prize of the city of Angoulême. At the announcement of this 2023 grand prix, a slight astonishment invaded us: but yes, it’s true, Riad Sattouf, 44, had never had it before! This award, won in the final against Alison Bechdel and Catherine Meurisse, the highest distinction possible in comics, is anything but a surprise. For almost a decade now, he has become the most important current French author both by the sales of his albums, in millions of copies, and by the recognition of his peers (they are moreover the ones who elect the winner of the grand prize) and reviews. Two acclaimed series, published in parallel by a small and young publisher, Allary, have contributed to this phenomenon: the arab of the futurewhose sixth and final volume was released in November, and Esther’s Notebooksongoing.

New Zealand Prime Minister Chris Hipkins. Few leaders can boast of it. To the spontaneous applause of hundreds of people, the now ex-Prime Minister of New Zealand Jacinda Ardern left Parliament on Wednesday evening, shortly before Chris Hipkins officially took over as leader, at an investiture ceremony in wellingtons. “It is the greatest privilege and the greatest responsibility of my life,” declared the new 44-year-old head of state. Chris Hipkins has been hailed for his nearly two-year stint as minister in charge of the fight against Covid-19, in a country which effectively fought against the virus by closing its borders to ward off the pandemic and never reopening them. only in August 2022.

In Germany, two dead and injured in a stabbing attack on a regional train. At least two people were killed and seven injured on Wednesday in a knife attack, the alleged perpetrator of which was arrested, on a regional train traveling in northern Germany, police said. The attack took place in the afternoon on a regional train from Kiel (Schleswig-Holstein) to Hamburg. Among the seven wounded, three were seriously, added a spokesman for the police of Itzehoe, a neighboring town. The alleged perpetrator, who would be between 20 and 30 years old, was arrested at Brokstedt station, a town located about sixty kilometers from Hamburg where the regional train was immobilized. He is also injured, according to the police. More information here.

The conflict between Olivier Faure and Nicolas Mayer-Rossignol is bogged down, the PS in crisis. While the 80th congress of the Socialist Party opens Friday in Marseilles, its first secretary refuses to give in to media pressure from his opponent who still accuses him of cheating after his re-election. The mayor of Rouen calls for a “directory” shared between the different sensitivities. Read our story.

Delaporte the socialist and Vojetta the macronist make the sacred union against the Influvoleurs. The two parliamentarians presented this Wednesday to the press a bill drafted together aimed at combating the excesses of influencers and scams on social networks. An unprecedented alliance at the dawn of the debates on pension reform. More info here.

“Down with the police!” : at Campus Condorcet, students denounce the presence of the police. At the end of an eventful assembly, the students of the Aubervilliers campus put forward their demands for the presidency on Tuesday. If they were able to obtain the end of the police custody of 29 students, detained since the day before after a mobilization against the pension reform, confidence does not seem to have been completely restored. Our report.

“He was stalking her”: a youtubeur coach in seduction sentenced to life imprisonment for having killed his ex-girlfriend. In 2020, the masculinist videographer Mickaël P. kills his ex-partner Mélanie G. with 80 stab wounds, wounds his new partner with 39 others and his little sister with 36. This Wednesday, he was sentenced to life imprisonment by the Court of Assizes of Versailles. More info here.

An airlift of doctors between Nevers and Dijon “so as not to risk closing a hospital service”. The hospital of Nevers, in shortage of doctors, organizes from this Thursday a weekly round trip to bring health professionals from Dijon. Read our interview.