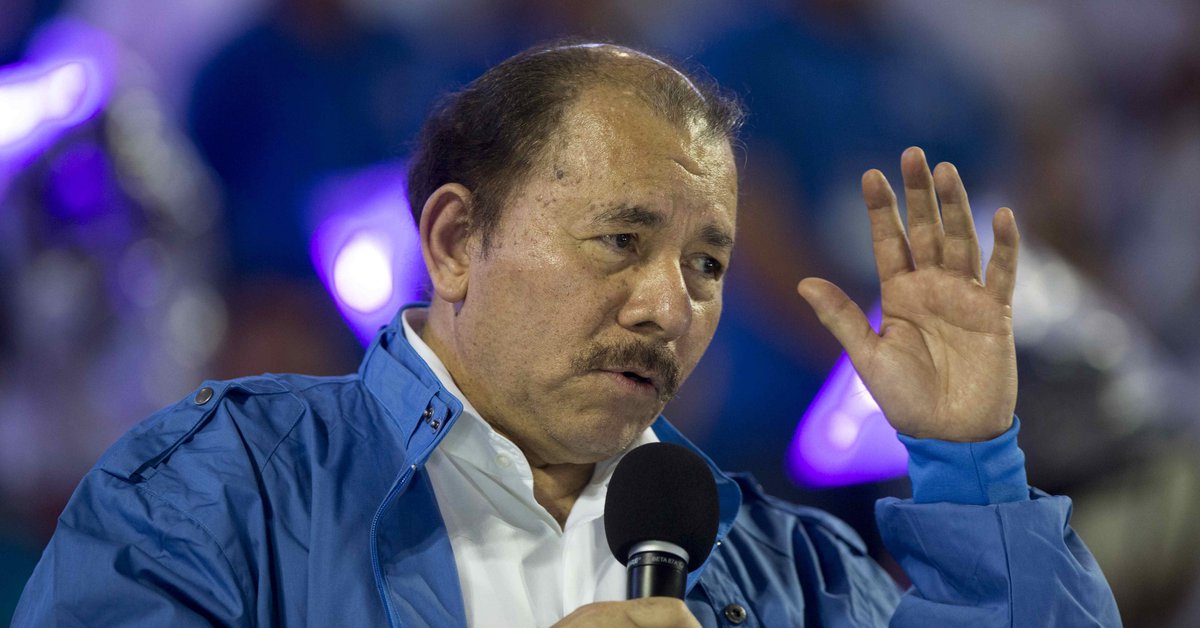 The United States Government announced new sanctions against the Daniel Ortega in Nicaragua after the Sandinista president continue his advance against the opposition and arrest four leaders who could compete with him in the November elections.

Punitive measures reach “four people who support the Ortega regime, a regime that has undermined democracy, abused the human rights of the civilian population, enacted repressive laws with serious economic consequences, and attempted to silence the independent media”, the Treasury Department said in a statement.

“The actions of President Ortega are harming Nicaraguans and leading the country to greater tyranny (…) the United States will continue to expose those officials who continue to ignore the will of their citizens”Warned Andrea Gacki, director of the Office of Foreign Assets Control of the Department of the Treasury.

The persons included in the list of sanctioned by the Department of the Treasury of the United States are Camila Antonia Ortega Murillo, daughter of Ortega and coordinator of the Creative Economy Commission; Leonardo Ovidio Reyes Ramírez, president of the Central Bank; Edwin Ramón Castro Rivera, deputy of the National Assembly; and Julio Modesto Rodríguez Balladares, Brigadier General.

The measures block all the assets of the designated officials and the freeze outside the US financial system.

Ned Price, a spokesman for the State Department, reiterated that the Biden administration asked Ortega to “to immediately release the presidential candidates, as well as other civil society and opposition leaders who have been arrested in the last week.

The first detainee was Cristiana Chamorro, cousin of Juan Sebastián, daughter of the former president Barrios de Chamorro and the opposition figure most likely to win the presidential elections of next November.

Police officers entered his home on Wednesday, June 2, with a “search and arrest” warrant issued by a local judge. After five hours of raiding, at 5:15 pm (Managua time) Cristiana was placed under house arrest, as revealed by his brother Carlos Fernando Chamorro.

The Nicaraguan Public Ministry accused her of the crimes of abusive management, ideological falsehood, both in real competition with money, property and assets laundering.

Cristiana Chamorro, the most popular opposition candidate, has been under house arrest since Wednesday, June 2, on charges of “money laundering” (Courtesy of La Prensa)

The Sandinista regime’s Prosecutor’s Office also requested the disqualification of Chamorro Barrios from public office, “For not being in full enjoyment of their civil and political rights because they are in a criminal process.”

After her he was arrested too Arturo Cruz, ambassador to the United States of the Ortega government between 2007 and 2009. He was detained on Saturday at the Augusto C. Sandino International Airport in Managua when he was returning from a US tour, his press team reported.

Cruz, presidential candidate for the opposition Citizen Alliance, arrived in Managua at 09:00 local time (15:00 GMT), but three hours later he was still inside the airport and without answering calls or messages on his cell phone.

When several hours had passed on Saturday without knowing the whereabouts of the candidate and also a former ambassador, the Nicaraguan Public Ministry confirmed his detention: “He was detained (…) and is being investigated for having strong indications that he has attacked Nicaraguan society and the rights of the people”.

See also  The delay in the vaccination rate in the southern United States could lead to a summer wave, warn specialists

The third arrested was the opposition leader and presidential candidate Félix Maradiaga Blandon. In a statement, the National Police reported that he was charged with a series of crimes such as “destabilization”, “proposing economic blockades”, “applauding the imposition of sanctions against Nicaragua” and “injuring the supreme interests of the nation.”

Maradiaga, an academic and activist, was arrested after appearing to testify before the Prosecutor’s Office, where they confirmed that they had opened an investigation for “incite foreign interference in internal affairs“So, he told reporters, he was prepared for whatever was to come.

The opposition candidate for the presidency of Nicaragua, Arturo Cruz (EFE / Jorge Torres)

Both the business leader and the opposition activist were arrested on charges of “incite foreign interference in internal affairs” Y “request military interventions“Against the regime headed by Sandinista Daniel Ortega, the National Police said in a statement.

The Police assured that Granera, who aspired to the Vice Presidency of Nicaragua in the 2016 elections and belongs to the Political Council of the opposition Blue and White National Unity, “remains at home in police custody”.

Félix Maradiaga, shortly before being arrested by the Daniel Ortega regime (Courtesy of La Prensa)

While the former head of Cosep He was transferred to the preventive prisons of the National Judicial Assistance Directorate, in Managua.

“Both are investigated for performing acts that undermine independence, sovereignty, and self-determination., incite foreign interference in internal affairs, request military interventions, organize with financing from foreign powers to carry out acts of terrorism and destabilization, ”said the National Police.

Following the arrests of opposition candidates, the US government said Tuesday that lThe arrests confirm that Ortega is a “dictator”, and asked the international community to “treat it as such.”

With information from EFE and AFP

The persecution of the Ortega regime in Nicaragua continues: the former president of the country’s main employers’ association and another opposition leader were arrested
Nicaragua: Juan Sebastián Chamorro, the fourth opposition candidate arrested by the Daniel Ortega regime, was arrested