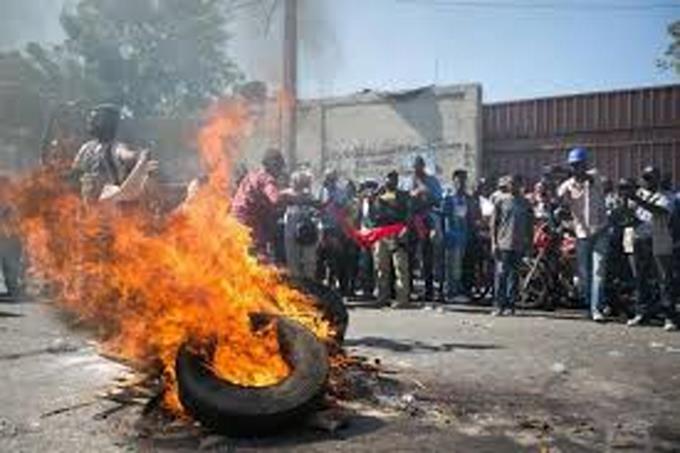 The United Nations Office for the Coordination of Humanitarian Affairs (OCHA) has estimated that some 1,000 people have been forced to leave their homes in Port-au-Prince, the Haitian capital, in the last three days, due to the escalation of violence caused by the clash between criminal organizations.

“Deadly clashes between rival gangs in the Port-au-Prince metropolitan area have increased in recent weeks, fueling the widespread sense of insecurity and creating dramatic consequences for the civilian population,” the latest OCHA report recounted.

The United Nations office has reported that these episodes of violence have led to the forced displacement of approximately 5,600 people in the last year. The report notes that “often” the police are unable to provide the necessary security, “leaving the population to fend for themselves.”

Many of those affected are children who have fled to less dangerous areas of the city and in the absence of assistance they have to sleep on the streets, or in the best of cases in makeshift shelters, such as churches and gyms.

The situation of minors is especially critical, according to UNICEF, which has estimated more than 86,000 Haitian children under the age of five who could suffer severe acute malnutrition this year, compared to 41,000 last year.

“In just one year, more than twice as many children are expected to suffer from severe acute malnutrition in Haiti. In hospitals, I was saddened to see so many malnourished children. Some will not recover unless they receive timely treatment,” said the director. UNICEF Regional Office for Latin America and the Caribbean, Jean Gough.

This week a mission from the Organization of American States (OAS) landed in Haiti to meet with the country’s political actors, in the midst of the “serious political, security and Human Rights situation” it is going through.

On June 27, an electoral referendum was scheduled to advance the ‘road map’ towards the transition defended by the Haitian president, Jovenel Moise, who governs by decree due to the absence of an elected Parliament, however this Monday has been postponed due to the health crisis caused by the coronavirus pandemic.

Haiti is experiencing a long crisis triggered at the beginning of the year since the opposition claimed that Moise’s term expired on February 7. The president maintains that the term did not begin to run until the holding of valid elections and that, therefore, he has the right to remain in office until February 2022.