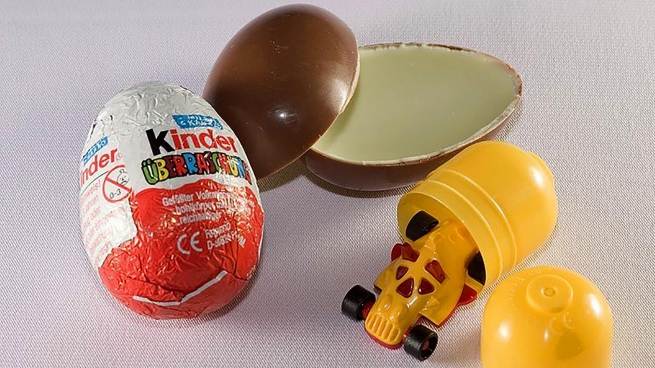 The UN confirmed the outbreak of salmonella from Kinder chocolates

The United Nations Organization (UN) ratified this Wednesday that the appearance of an outbreak of salmonella detected in 10 European countries and in the United States would have its origin in Kinder brand chocolate products produced in Belgium.

“The main affected by the outbreak are children under 10 years of age. Among the 21 serious cases reported, 12 had bloody diarrhea and nine were hospitalized.they detailed.

To date there is no knowledge of fatalities associated with the outbreak, but the chocolates are estimated to have been distributed in at least 113 countries, so additional cases are likely to be reported in other nations.

Meanwhile, the UN considers that more information is still needed to “more accurately assess the severity associated with this episode, including data on symptoms.”

“Given that the identification of existing cases was carried out using state-of-the-art molecular techniques, which are not used routinely in all countries, points to the possibility that a part of the cases remain undetected”, they warned.

Until now, most cases were reported in ten European nations (150 of 151), although an episode was also detected in the United States.

“The risk of the spread of the outbreak within the European Region of the World Health Organization (WHO), as well as globally, is assessed as moderate until information is available on the total withdrawal of the products involved”they detailed.

The start of the outbreak

On April 8, the Ferrero company closed its Kinder chocolate factory in Belgium, after withdraw from the market of several European countries, Argentina and the United States, some batches of its “Kinder Mini Eggs” productsmanufactured in the Belgian country, after cases of salmonella were detected in Europe in people who consumed these chocolates.

The symptoms of salmonellosis are characterized by the appearance of high fever, abdominal pain, nausea, vomiting, and bloody diarrheaas reported in most cases in the current outbreak.

Although salmonella infections are usually mild and do not require treatment, children and the elderly are at higher risk of serious complications from dehydration.

Finally, they pointed out that the preventive measures for salmonellosis for the public are to wash their hands with soap and water, in particular after having been in contact with domestic or farm animals, or after going to the bathroom; make sure food is well cooked; drink only pasteurized or boiled milk; do not drink ice unless it is made with potable water and thoroughly wash fruits and vegetables.