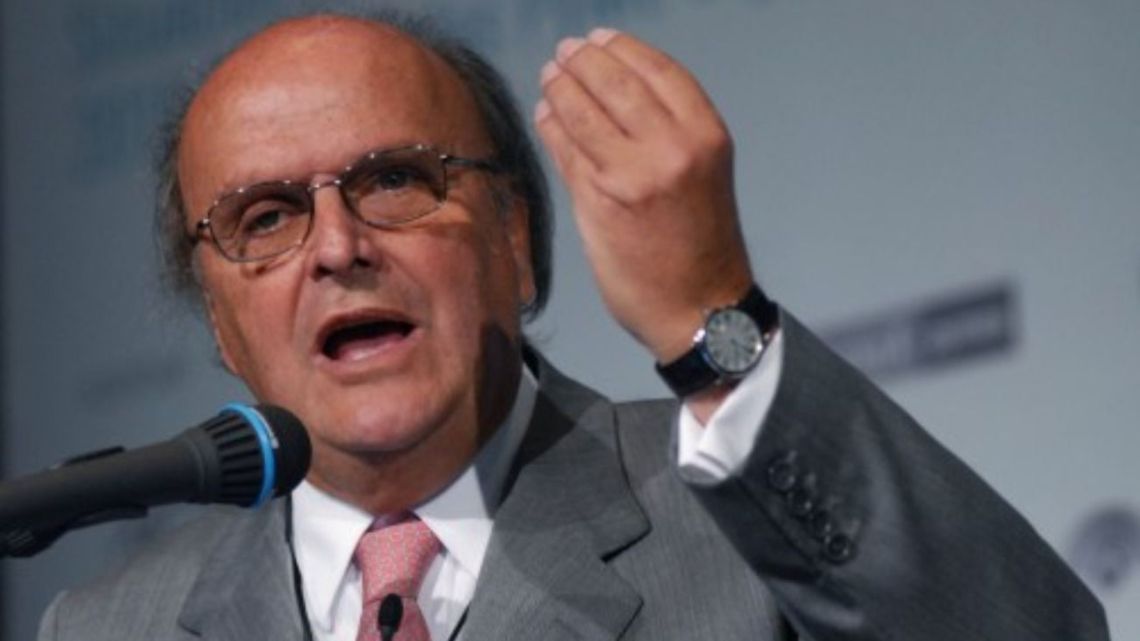 Daniel Funes de Rioja was elected as the new president of the Argentine Industrial Union (UIA) and a fierce internal exploded between Jose Ignacio de Mendiguren and the company Techint, commanded by Paolo Rocca, whom he accused of having paid bribes and vetoing him so that he does not lead the organization. In addition, he maintained that he resolved “huge problems” to Rocca with the National Government and mentioned that the businessman did not answer the phone.

“I called Paolo Rocca. He was in Italy. And do you know why? Because many times Rocca called me as president of the UIA to solve him huge problems I had with the National Government and I did. I did not have an answer, “said De Mendiguren in an internal meeting of the UIA, an audio to which PROFILE had access.

The intern that was unleashed in the business association after the election of the lawyer and head of the Coordinator of Food Producers (Copal), Daniel Funes de Rioja, had accusations and transparent power fights within the space.

The election of Funes de Rioja was also paradigmatic, since it is the first option of a president who since 1983 was linked to the figure of an industrialist.

In his speech, De Mendiguren asserted that the recently elected president of the UIA also stopped attending him for a month.

PROFILE tried to contact the Institutional Director of the Techint Group, Luis Betnaza, to have an opinion about what happened from a voice of the company but he still did not respond.

Then, the president of the Argentine Foreign Trade and Investment Bank (BICE), raised the stakes and asserted that he never paid bribes. “What was attacked? My honor, my lack of representation. She could assure them that no one can question my honor. I never paid bribes. And that’s why I never had to confess in court to having paid bribes, “he mentioned.

In a direct speech against Paolo Rocca, owner of one of the most important companies in the country, De Mendiguren argued that the idea of ​​the businessman is to govern entities such as the UIA. “Let’s finish with a group that scares with the pen. As Paolo Rocca once said, in front of me, “We do not want to participate in the entities, we want the governance of the entities”“said the textile businessman, launching a strong accusation.

Visibly annoyed and implying that he was vetoed by a small table, De Mendiguren asserted that “On the date, when there were no deadlines, I was told that my sector was going to be vetoed,” claiming a lack of transparency in the elections.

On the other hand, he accused Funes de Rioja of having sweetened it and then became part of his veto. “You told me that the UIA saw my presence in the Committee very well. Moreover, you told me that my parliamentary experience was an additional value because there are many laws that harm the industry, such as labeling or biofuels,” confessed De Mendiguren regarding the exchanges he had with the current president of the UIA.

In an almost seven-minute exposition, in which they wanted to cut off the microphone, De Mendiguren mentioned that until that moment, the lists had not been received with the candidates to elect the new leadership of the Argentine Industrial Union.

“This election has been so abnormal that until now we have not received the list. What transparency are we talking about if we do not know what we are voting for?”, He clarified.

Along these lines, he expressed his desire to have a “transparent” and balanced “UIA”, and that “it is not handled by a cupola with a pen.”

On the other hand, he asserted that he spoke with leaders and entities throughout the country that make up the UIA to find out why it had been vetoed. “I wanted to know who and why I was banned. None of these entities spoke of a veto“, he confessed.

Finally, and in line with his criticisms against Paolo Rocca, he said he did not accept “that people who sit on that committee today argue my honor.”