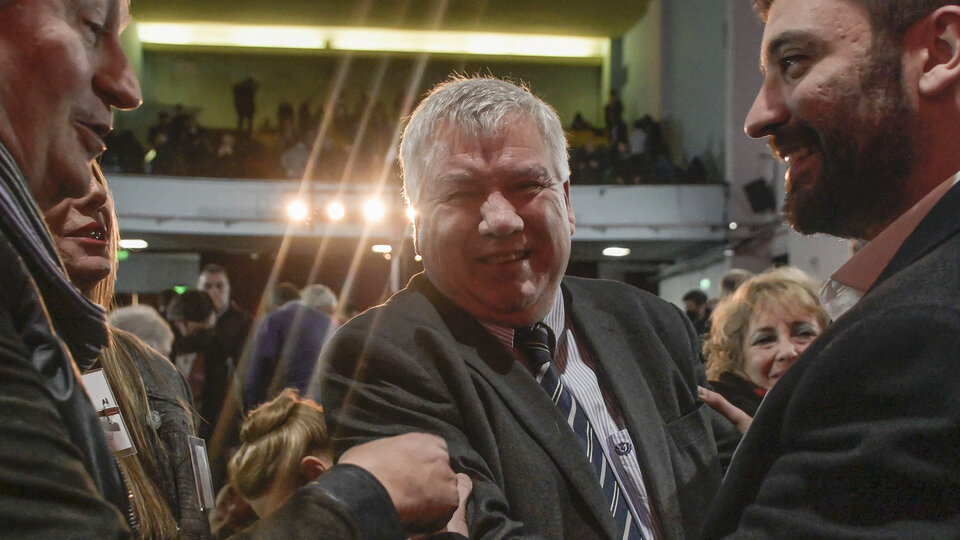 The UBA has a new rector: Ricardo Gelpi, the dean of Medicine | The ruling party of radicals and allies prevailed in the university assembly

The University of Buenos Aires (UBA) has a new rector for the period 2022-2026: Ricardo Gelpi, the current dean of the Faculty of Medical Sciences, was elected with 174 votes in favor, 53 abstentions and one negative vote in the university assembly. Gelpi, who will take office on August 1, was elected with the support of the current ruling party in the UBA, a coalition led by radicalism, with Peronist and independent allies. Among his management objectives, Gelpi cited the updating of study plans; deal with student desertion; and promote teacher training. The opposition, which brings together sectors of the center-left, Peronists and independents, did not present a candidate for rector and abstained from voting, as a bid to “open a new dialogue” with the elected authorities, as explained by the Dean of Philosophy and Lyrics, Ricardo Manetti. Sectors of the left spoke out against the election of radical deputy Emiliano Yacobitti as vice-rector.

At the Teatro de la Ribera, and with the participation of 234 assembly members, representatives of professors, graduates and students from the thirteen faculties of the UBA, the university assembly was finally held, postponed last year due to the covid-19 pandemic. .

Gelpi will be the successor of Alberto Barbieri, who led the university since 2014. The current Dean of Medicine will occupy the rectorate until July 31, 2026. During his acceptance speech, after being appointed, he highlighted the work of the UBA against the pandemic “which was not by chance, nor by luck, but because of his tremendous capacity for training and commitment.” Likewise, and after expressing his intention to continue “many good things” from the current management, he presented his own guidelines: continue working on updating the study plans; expand the connections of the UBA with the world; deal with the problem of desertion in the first years; guarantee a continuous and permanent flow of reliable statistical information to make accurate diagnoses. Teacher and research training, infrastructure, gender policies, the budget and environmental work were other points that he mentioned as priorities.

In this sense, Gelpi urged “to continue building consensus, putting a larger university at the service of our society, increasing its level of excellence.” “We must be united beyond the dissidences that we may have with a single purpose: to grow towards the future for the UBA and for our country,” he concluded.

Dean of the Faculty of Social Sciences, Ana Ariasand the Deans of Exact and Natural Sciences, William Duranand of Philosophy and Letters, Ricardo Manetti, expressed the position of the opposition —which did not present its own candidate and abstained during the vote— in a document entitled “For a democratic, autonomous, free UBA, of academic quality and strongly linked to the society that supports it”. The text was also signed by the vice-chancellors of these faculties and by the graduates and professors of the Unity list for the UBA.

“An abstention is not a vote against, but rather opens the possibility of dialogue with whoever is the new rector after being elected,” Manetti explained to Page 12. “We are not voting against, but rather abstaining, in order to be able to accompany and dialogue starting today in front of the university that we all want, something that Dr. Gelpi also announced,” said the dean, and maintained that the decision not to present a candidate of his own —”that would have been testimonial”— was also in the same sense.

In the document, the referents opposed to the officialism of the UBA pointed out as necessary to deepen policies in the matter of mainstreaming of the gender perspectiveof democratizationsocial construction of knowledge and massiveness and academic excellence, among other; highlighting them as “the central axes of the UBA that we want for the next four years”. They pointed out that “the political times and historical differences with the recent past of our university have not allowed this group of counselors to express their support today for the candidate for rector proposed by the ruling party of the UBA, Dr. Gelpi, a scientist from prestige and a person linked to dialogue with all sectors of the community”.

Manetti clarified that they believe “there will be coincidences if what he expressed in the presentation is going to be carried out, but for that we have to sit down and start working together.”

As stated in the text, the abstention occurred “under the commitment to join all possible instances of debate in the near future, to contribute from our ideas and our knowledge to the generation of a University of Buenos Aires that is pride for everyone”.

rejection from the left

The leftist groups expressed their rejection of the election of Emiliano Yacobitti, deputy of Together for Change, as vice-rector for the period 2022-2026. “It is a shame that Yacobitti assumes as the second authority of our university with the disastrous record he has, a character from the Purple Strip who comes to politics through gangs, threats to students and corruption, which has nothing to do with the public education that we students defend”, said Luca Bonfante, student adviser of the Faculty of Philosophy and Letters and a member of the PTS.