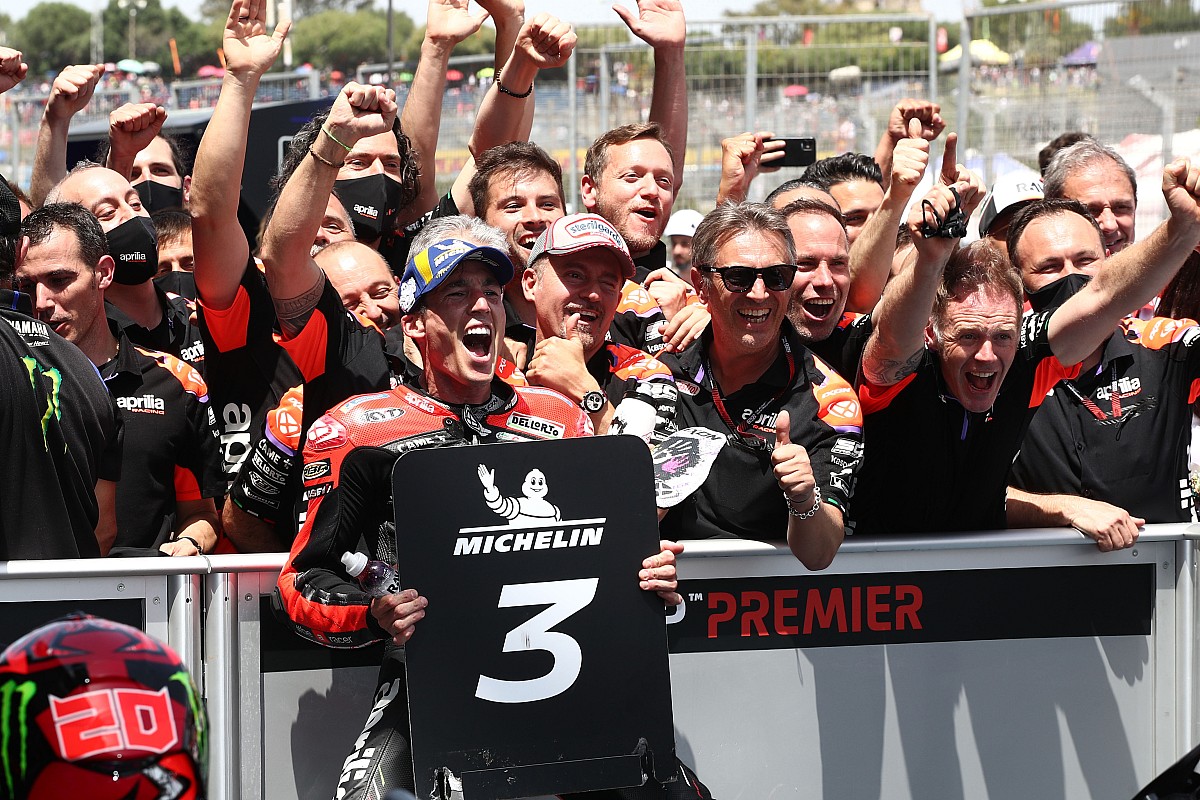 “The train only goes once”

Aleix Espargaró is living the best period of his career. Long behind with an Aprilia far from the mark, the Catalan has greatly contributed to the progress of the brand and this has made him one of the strong men of the start of the season, to the point of tasting the joys of victory in the World Championship. for the very first time in Termas de Río Hondo. The interested party wants to extend this dream period as long as possible.

“I won’t wake up before Valencia! I started dreaming in Qatar and I want to keep my feet on the ground but it’s the reality: we’re doing a good job.”, welcomed Espargaró on the official MotoGP website after taking his third podium of the year in Jerez, the second in a row. He hopes to maintain this regularity: “This year, the key will be consistency, not making mistakes, being there.”

In a start to the season where all the riders lacked consistency, the Aprilia rider saw the finish of five of the six races contested in the top 10 and only Fabio Quartararo took as many podiums as him. Espargaró left Andalusia in second place in the championship and when asked in a press conference about his chances of remaining in the title race all year, he expressed his optimism and his ambition to not to miss an opportunity that may be unique in your career.

“I think so”answered #41. “Fabio is the reigning Champion, he leads and after six races, which is a third of the championship, we are only seven points away. I think this train only passes once, especially in my case, so I’m going to try to go back up. I know it will be hard, difficult, and I know that with Fabio and Pecco [Bagnaia]when they are at their best, like [à Jerez]I’m still missing something.”

To really worry Quartararo and Bagnaia, Espargaró will notably need a better Aprilia in the starting stages, having lost positions on the first lap at every event this year, with Austin serving as the sole exception. In Jerez, he felt that his poor start may have deprived him of a better result and the day after the race his team had him test a new clutch which seems to have corrected the problems.

“It’s always important to test. We tried not to evaluate a lot of things but what we had planned, we did. We tried to test important things. I’m happy because we made progress on one of our main difficulties in the last races, the start, the clutch. We worked hard and made great progress.”

“It is also thanks to the work of [Lorenzo] Savadori [pilote essayeur d’Aprilia] and the test team in the last two races [en wild-card] because they had a totally different clutch and it worked for me, so I’m satisfied. We tried other things. The weather and track conditions were a bit different from [celles la course] so it was not easy to test but overall it was a good day.” 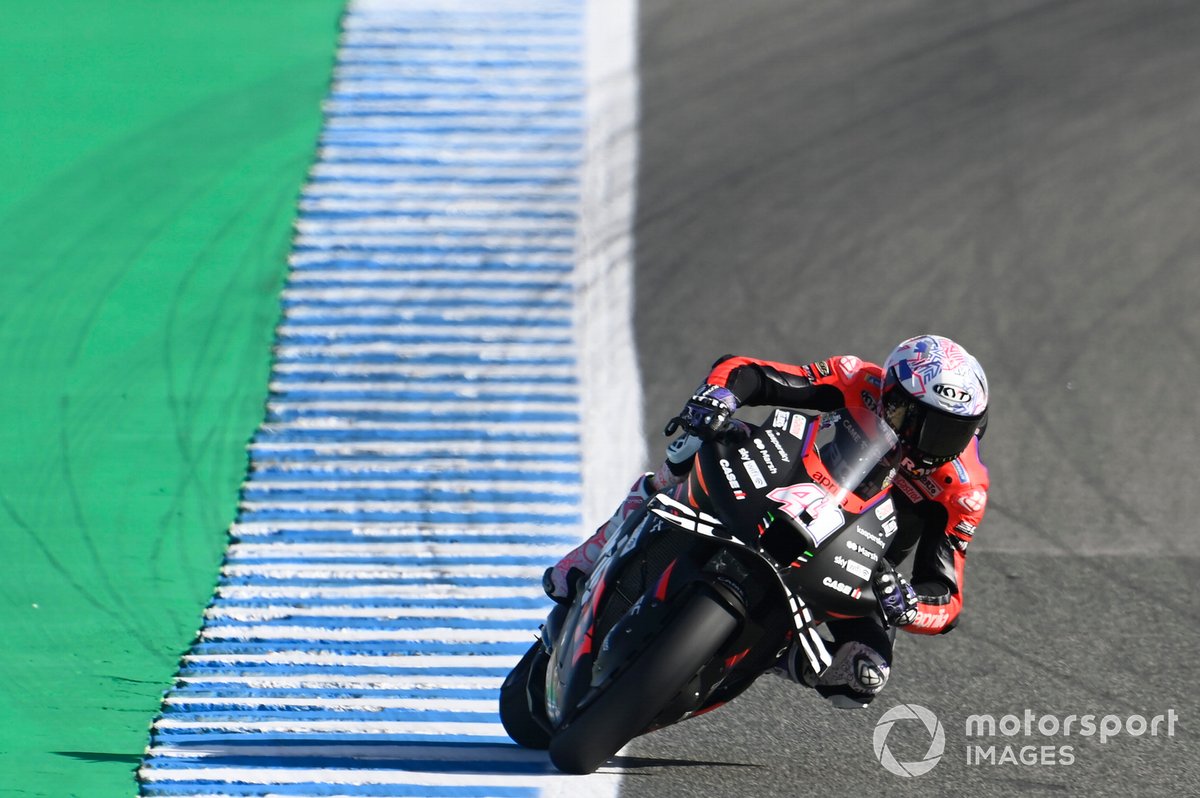 Lorenzo Savadori will now be in charge of all development at Aprilia since, with the loss of technical concessions, holders will only be able to ride in race weekends and in official tests. “His role is very important, I insist on that a lot, especially for Aprilia because we only have two bikes on the track. [pendant les week-ends de Grands Prix]”said Espargaró. “Every time he gets on the RS-GP to test new things, it’s very good for us, for Maverick [Viñales] and for me.”

“He rode in Portimão and Jerez too, with a ‘lab’ bike which had quite different things, so it was definitely worth it. [Lundi], I evaluated several things that it rode with, a swingarm, a clutch, different holeshot devices in the rear, quite a few things. It worked so it’s very important.”