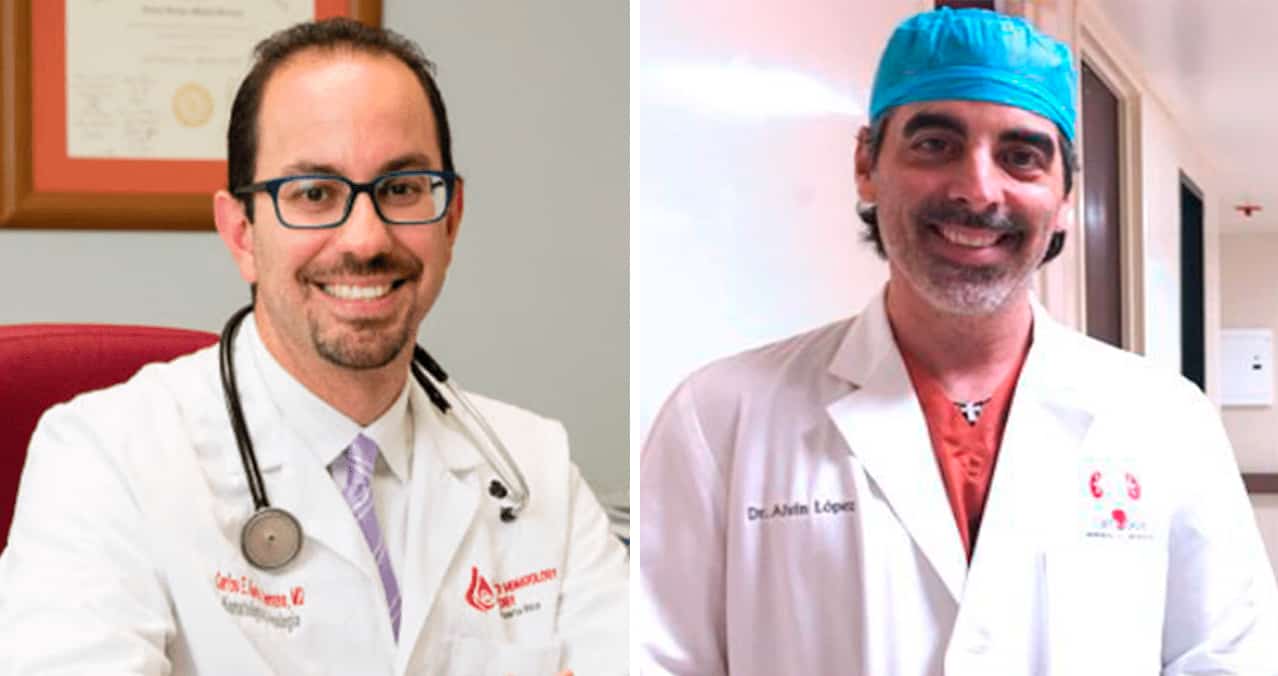 “The survival of kidney cancer is proportional to an early diagnosis”, emphasize specialists

Experts emphasize the importance of primary care physicians to detect the presence of the tumor early.

The clinical impact of kidney cancer management and its subsequent treatment begins from the stage of detection or diagnosis, there, Dr. Alvin López, Specialist in Endourology and Laparoscopic Surgery and Robotics, together with Dr. Carlos Méndez Serrano, hematologist-oncologist, They suggest primary or general practitioners to be attentive to the warning signs communicated by patients. and carry out the pertinent tests to detect possible kidney cancer cases.

In this regard, Dr. Alvin López affirms that “early detection is crucial because prognosis and survival will be proportional to how early we manage to diagnose cancer“In addition, it suggests not diminishing or ignoring symptoms such as bleeding in the urine, one of the signs of the presence of the tumor. “It is important that when the patient presents with microhematuria we do not let him pass by and that he go where a specialist,” he added.

Renal cell cancer is most common kidney cancer and depending on the subtypes of cancers, specialists define the treatment. Diagnosis of renal cell cancer may be incidental, that is, by tests done to check for other conditions or by symptoms such as bleeding in the urine, which, according to the specialist, can be microscopic or gross bleeding. “Sometimes when patients come to us, they come with a evaluation of a primary care physician or an internist,” explained Dr. López.

“Initially, when patients come to urologists, promptly evaluate renal massesLike cystic masses, which are balls of fluid that come out of the renal cortex and most are benign, they are called cysts. There is a specific classification from 1 to 4 that helps us predict based on CT scans whether these masses have the potential to be malignant,” he explained.

See also  A patient smashes the computer of a MIR

Despite this, the doctor points out that previously renal masses had to be removed, because the different tools known today for these procedures did not exist. “All people who had masses renal, detected by sonography and the intravenous pyelogram study (PIV), they were considered dangerous masses that required the urologist to remove them, for that reason, patients lost the entire kidney “.

Nowadays, with the use of CT SCAN (computed tomography), specialists have more alternatives to evaluate kidney masses early and predict if they are good or bad.

In turn, Dr. López recommends that primary care physicians carry out CT SCAN studies in patients, in order to make a timely and accurate diagnosis, since most of those who have the condition arrive with sonography exams.

For his part, Dr. Carlos Méndez indicates that the smaller the tumor, the greater the possibility of curing it, therefore early detection is key. “In a stage 1 the probability of survival at 5 years is more than 90%but when we go into a stage 2 which is a larger kidney tumor or a stage 3 which is invading lymph nodes or tissues around the kidney, the probability of life at 5 years decreases by 50 to 70%,” he said.

He also explained that a stage 4 tumor, that is, one that has metastasized to other organs of the body, the 5-year survival is reduced to 15 or 20%, although new technologies and the refinement of therapies have provided better disease control and greater response in patients.

It also emphasizes that apart from symptoms such as bleeding in the urine, there are others such as weight loss, bulging in areas near the kidney that can be warning signs in patients and primary care physiciansHowever, this type of cancer does not have specific symptoms.

See also  Budding epidemic? 15 things we know so far about the monkeypox outbreak

As for the statistics, the oncologist points out that kidney cancer is among the 10 most common types of cancer in Puerto Rico and affects men more, with percentages of 65 to 70%.

On the other hand, Dr. López states that “when the patient presents with a solid renal mass, 95% of them are cancerous and there is a 5% that may be benign, Oncocytoma being more commonbut the treatments will depend on the size of the mass and the location”.

In addition, he highlights that technology has provided endourologists and laparoscopies with tools to perform procedures with small incisions and minimal risk to patients. On this, he adds that “we have implemented technologies such as the use of the Da Vinci Robot which is used to make partial kidneys and in view of this the main idea is to remove part of the kidney that is affected by the mass and not remove the entire renal unit so that renal function is not affected as markedly as when it is lost the whole kidney.

In that sense, he mentions that in Puerto Rico the first two units of the Da Vinci robot that arrived are at the HIMA San Pablo Hospital in Bayamón, “we have this technology in Puerto Rico that we did not have before,” he stressed.

Other procedures to remove small tumors, less than 3 cm, are ablation and cryosurgerywhich at extreme temperatures, manage to burn cancer cells, without having to remove the masses as years ago.

For Dr. Méndez, after the operations or procedures in the patients, they evaluate the pathological report, to show what type of tumor they are dealing with and how the treatment will be.

“According to the guidelines we have, these tumors are classified by TNM, stage 1 and 2 are resectable tumors with negative margins. Already when there are nodules wrapped around the tumors, or surrounding structures surrounding the kidney, we are talking about stage 3 or 4; this can include any other organ, the most common that we see are in the lungs and bones, but it can go to any part of the body” explained the hematologist oncologist.

Although there is currently no cure, there are different treatments that have been effective in controlling and slowing the progression of cancer. On this, the specialist acknowledged that multiple drugs have been approved such as tyrosine kinase inhibitors (TKIs) and other effective generations with manageable side effects.

“With the Immunotherapy has taken a giant step towards the treatment and control of tumor in advanced stages, the first to be approved was nivolumab and pembrolizumab, it has been shown that they can control the disease in a significant percentage of patients” he highlighted.

In addition to this, he explained that multiple studies have been carried out that have shown that combining immunotherapy with pembrolizumab or sunitinib can help reduce the risk of the tumor returning after being resected by the urologist.

“Although unfortunately this condition progresses, we have medications that have been shown to control the disease and at the end of the day what we want is that if we cannot cure the patient, we seek to extend their survival and improve their quality of life” added the oncologist.