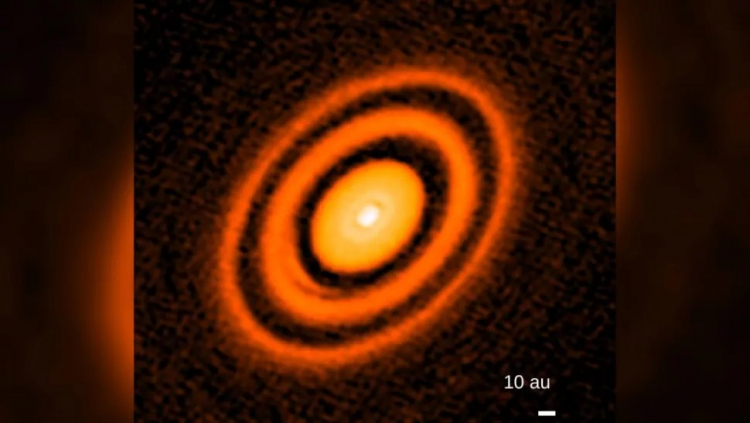 According to American scientists, before the Earth and other planets formed in the solar system, the sun was surrounded by giant dust rings similar to those that surround Saturn. It is possible that under certain circumstances our planet could turn into a “super-earth” twice as large and 10 times heavier than the existing Earth.

Astronomers have found that in our galaxy 30% of sun-like stars are in orbit “super-earth”. Scientists have wondered – if the “super-earth” is so commonplace, why is it not in the solar system? According to astrophysicist André Izidoro, he and his team have created a computer model of the formation of a star system that emerged from a cloud of gas and dust known as the “solar nebula.”

The model predicts the existence of separate regions with higher pressure surrounding the young star. In addition, three “sublimation lines” should form around the star, within which the matter turned into a gaseous state: solid silicates in the first, water ice in the second, and carbon monoxide in the third.

Solid particles like dust began to collect in rings – if they had not appeared, the Sun would have swallowed up all the dust, leaving no “embryos” of the planets. Over time, the gas and dust surrounding the Sun cooled and the “sublimation lines” moved closer to the Sun. The process allowed the dust to form the so-called. “Planetesimals” that could later gather to form planets.