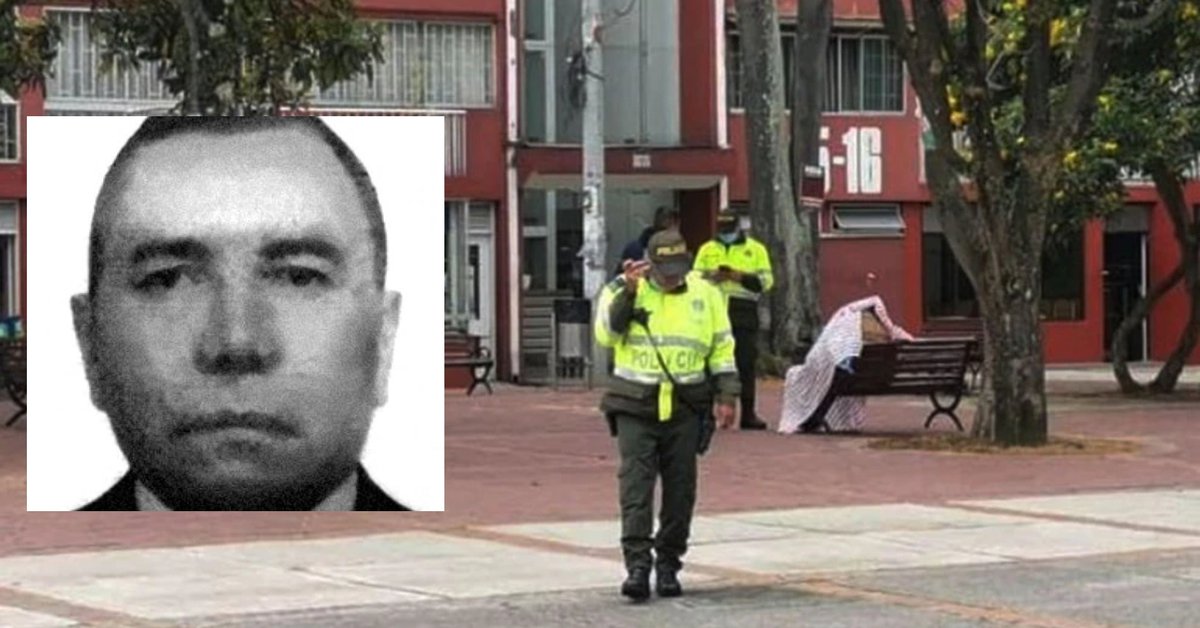 In the morning hours of this Friday, July 16, two people were murdered in the Pablo VI neighborhood of Bogotá.

On the morning of this Friday, July 16, in a small square in the commercial area of ​​the Pablo VI neighborhood, in the town of Teusaquillo, gunmen shot at two men who were in the sector of the Source, and were killed.

The authorities when identifying the victims found that one of the men was Luis Agustín Caicedo Velandia, renowned drug trafficker known by the alias of “Don Lucho”, who for 20 years played an important role in drug trafficking in the Llanos Orientales region.

InSight Crime, a foundation dedicated to the study of organized crime, revealed that this subject belonged to the so-called “Invisible” of drug trafficking in Colombia.

The foundation explained that the ‘narco’ entered the criminal world in 1994 and in the United States They also claim that his criminal career dates back at least to the mid or late 1990s, when he became a key element of a criminal organization known as the ‘El Dorado cartel’, ‘El Cartel de Bogotá’, or simply ‘La Junta’, in which ‘Don Lucho’ was an expert in logistics.

According to El Tiempo, this capo fell in April 2010 in Argentina, where he moved with a false identity: a Guatemalan citizen who responded to the name of Carlos José Martínez Castañeda. Since 2008, the United States had requested his capture, since that country was extradited from Argentina. In the North American country, he pleaded guilty to drug trafficking charges and served 10 years in prison as a sentence.

“The capo, mainly through connections with the Revolutionary Armed Forces of Colombia (Farc) and the United Self-Defense Forces of Colombia (AUC), organized the processing, production and delivery of cocaine to groups of transporters on the northern and northern coasts. the west of Colombia, to later coordinate the transport of drugs through maritime routes to Central America, to make them reach Mexican traffickers in charge of entering the United States, or through Venezuela and the Caribbean to Europe “, noted in its investigation InSight Crime.

Caicedo Velandia he was considered Daniel’s boss, alias ‘El Loco Barrera’. The relationship was formed in 2000 and trafficked drugs with this criminal who had a vast network of collaborators to run one of the largest drug trafficking networks in Colombia since the fall of Pablo Escobar.

“Some US drug officials believe that both ‘Don Lucho’ and ‘El Loco’ had their own sophisticated trafficking networks, which worked side by side while respecting each other’s operations. As feudal lords, they knew that alliances were necessary to fight against the security forces and the invasions of other organized crime groups “, described InSight Crime.

Members of the Colombian police escort Daniel “El Loco” Barrera during his extradition process to the United States. EFE

It is considered a “invisible” because the name of ‘Don Lucho’ did not usually appear in the news headlines before he was captured in 2010 in an operation between the United States Drug Enforcement Administration and Argentine security forces. He fell into a Buenos Aires shopping center and pleaded guilty to five drug trafficking charges.

In the shadows anyway, according to the Spanish police, ‘Don Lucho’ ran for years a fairly profitable drug business, which had a money laundering faction that extended to Spain and laundered more than US $ 1 billion from drug trafficking between 2005 and 2009.

According to El Tiempo, the drug trafficking and money laundering business led by this capo who is in the Guinness World Records as the person believed to have had the largest known operation of money laundering in the world.

Information published by the newspaper El Espectador in 2012, revealed that this boss delivered US $ 114 million to the Colombian Government and collaborated with the American justice system. On January 30, 2019, alias ‘Don Lucho’ left the New York jail and returned to Colombia, finding his death on July 16, in the Pablo VI neighborhood.

The investigation agency InSight Crime added about this criminal who managed to get his cocaine directly from cities key ports in the Pacific, such as Tumaco, or through Venezuela and the Caribbean bound for Europe, or from Central America and Mexico to the United States. It even seems that he came to operate from Argentina, where he was finally arrested.

Margarita Rosa de Francisco upsets social networks: “How am I as a candidate for the Senate?”
Peace seats would be elected on March 13, 2022: Registrar’s Office