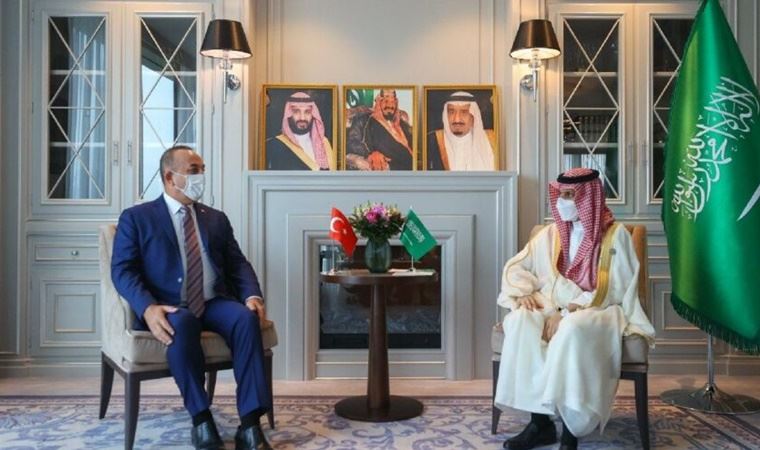 Commenting on the meeting on his social media account, Çavuşoğlu said: “We had a useful meeting with Faisal bin Ferhan, Minister of Foreign Affairs of Saudi Arabia” used his statements.

#SuudiArabistan We had a useful meeting with Foreign Minister Faisal bin Ferhan.

During the meeting, it was noted that while both leaders should have flags of the countries they represent, Foreign Minister Çavuşoğlu did not have a Turkish flag behind him.

In the image shared on Çavuşoğlu’s Twitter account, the photograph was served with the Saudi Arabian flag cut behind his Saudi counterpart.