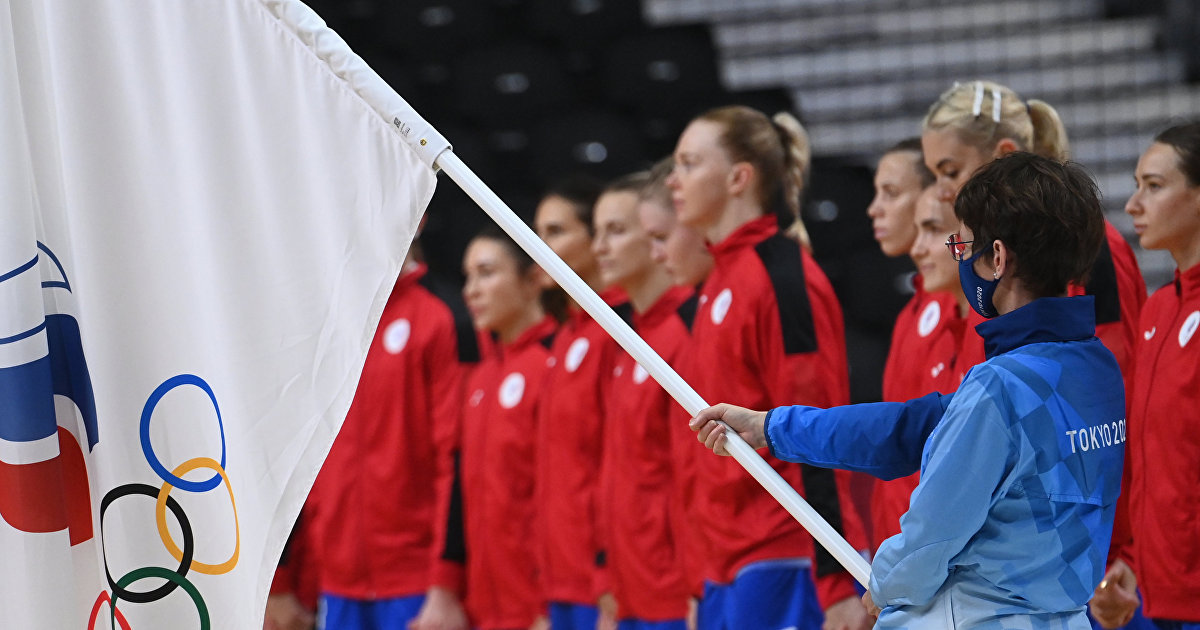 The Olympic Games in Tokyo ended, and the fifth place in the medal standings went to the ROC (Russian Olympic Committee – ROC) team. Instead of punishing the state doping program, the Olympics turned into a perverse triumph for Russia, which showed the weakness of sanctions as an international reaction to its actions.

Of course, systematic fraud in Moscow is denied, but when the World Anti-Doping Agency (WADA) in 2019 introduced a four-year suspension, which the Court of Arbitration for Sport (CAS) in 2020 reduced to two years, Russian athletes still had to come to terms with the fact that they will not be able to use their flag.

However, they still did not go to the bottom. At the 2018 Winter Games in Pyeongchang, they stood in plain gray uniforms to the sound of the Olympic anthem. The symbol of the Russian delegation of 335 Olympians in Tokyo was the Olympic logo in a white-blue-red tricolor, and their white uniforms were decorated with blue and red. And instead of the anthem, the Russians won to the tune of Tchaikovsky’s First Concerto for Piano and Orchestra.

And it sounded often: Russia took fifth place in gold and third in the overall standings. Although the ROC delegation formally competed at the Olympics, in reality everyone called them simply Russians.

This can hardly be considered a special blow to Moscow. On the contrary, if this situation had any effect, it provoked some kind of militant resistance from the Russians. The Foreign Ministry published a video in which the usually sharp-tongued press secretary Maria Zakharova boxing with a dummy labeled “press” and then answering posed questions about the Russian presence in Tokyo: “Status does not matter. The main thing is the pride of our athletes, and the world knows it. ” The video ends with a moderately witty hashtag #WeWillROCYou, which became the leitmotif of the Russian reaction (a hint of the hit hit by Queen, a play on words around the abbreviation OKR-ROC – approx. transl.).

And not only at the government level. The famous DJ Smash mixed Queen’s song “We Will Rock You” with Piano Concerto # 1, and it became something of an unofficial theme for videos about Russian successes on TikTok.

Of course, Moscow is still unhappy with the special status of the ROC. This is because Russians really think so: they are treated with a particularly biased and hostile attitude. The official version says that there was no doping program. Unofficially – everyone uses doping, but only Russians are punished. Perhaps there is some truth in this. Although systemic doping operations, like Russian ones, are rather rare, the Economist magazine, based on a series of surveys, suggested that in Tokyo, “10 to 40% of athletes” could cheat. Meanwhile, Russian athletes, who in most cases have never tried doping in their entire careers, are ridiculed for failures and scolded for successes.

For example, after losing gold to Evgeny Rylov by 200 meters on the back, the American swimmer Ryan Murphy suggested that the swim could be “not quite clean”. And the American rower Megan Kalmo even bluntly said that the Russian team at the Olympics “in principle should not be,” adding that the Russian silver left “an unpleasant aftertaste.”

And this is the whole world of modern sanctions. Too often, punitive measures are enough to cause irritation, but not enough to influence us in the direction we need.

In dealing with a country as powerful as Russia, it is difficult to envision significant enough measures to force the Kremlin to change course. Economic sanctions have not prompted Moscow to surrender Crimea or stop the undeclared aggression in Donbas. Individuals certainly suffer from personal sanctions against the alleged “Putin’s cronies”, but the Kremlin will not blink an eye. (By the way, it is worth remembering that Putin was trying in every possible way to persuade his allies-businessmen to return their money from offshore companies to Russia – where they would be within his reach).

This does not mean that nothing needs to be done. This is just an admission that, in order to punish those who violate the rules, the West and the world community should think about measures that will really have an effect, and not just give us a sense of our own righteousness. We must remember about the possible opposite effect. However, over and over again we do not think about it.

Mark Galeotti is the author of We Need to Talk About Putin and other books about Russia.

InoSMI materials contain assessments exclusively of foreign mass media and do not reflect the position of the InoSMI editorial board.