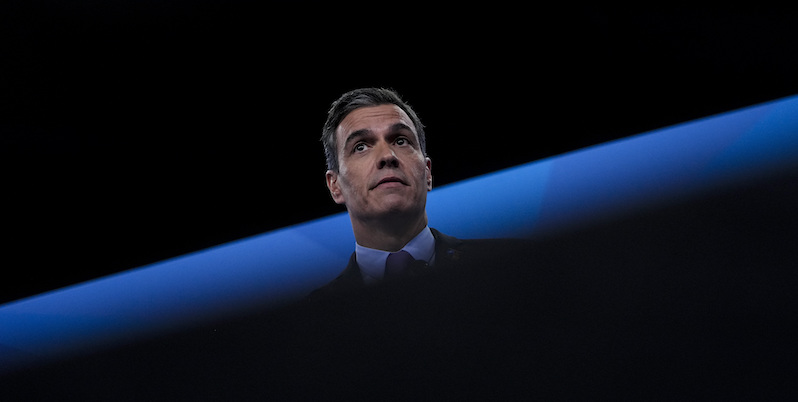 The Spanish government has announced new taxes on banks, against the crisis

Spanish Prime Minister Pedro Sánchez announced in Parliament a series of measures against the economic crisis and to lighten the burden of inflation on citizens: in particular, he announced the introduction of two new extraordinary taxes on the profits of energy companies and on the profits accumulated by banks due to the rise in interest rates.

Both the new taxes will have a duration of two years, will involve companies in both sectors that invoice more than 1,000 million euros a year and according to forecasts should bring 7 billion euros into the state budgets.

Sánchez, summed up the newspaper The countryhe welcomed the decidedly progressive proposals that his more left-wing allies had been asking him for some time and to which the prime minister himself had opposed until recently: this time, “he seemed very determined in showing that his goal priority is to prevent the most disadvantaged from paying for the crisis ».

In front of parliament, the socialist prime minister explained that although inflation (currently around 10.2 per cent) now represents “Spain’s great challenge”, its causes are international and derive from the combination of the consequences of the pandemic and the war. in Ukraine. “This government,” added Sánchez, “will not, however, tolerate companies or individuals taking advantage of the crisis.”

Sánchez’s speech was also seen as an attempt to stop the political rise of the center-right opposition, in particular the Popular Party, which after obtaining a big victory in the regional elections in Andalusia has had a certain increase in support for weeks. .

After Sánchez’s statements, the main Spanish banks have lost several points on the stock exchange. The Spanish Banking Association (AEB) has criticized the new temporary tax as an “improvisation” that will have negative consequences and which was decided unilaterally by the government without the involvement of the banks themselves.

Sánchez argued the introduction of the new measure by saying that although the European Central Bank (ECB) has not yet raised its interest rates (it will do so in the short term, to deal with inflation), the Euribor index based on the average interest rates that the various eurozone banks apply to interbank deposits, it had already begun to rise, with negative consequences for the numerous families already in debt.

To try to limit private energy consumption, the prime minister then raised the public subsidy already announced on season tickets for short and medium-distance state rail transport to 100 percent. The free of charge for these passes will be valid from 1st September to 31st December. The goal is to lighten household spending, hit by rising inflation, and encourage the use of public transport over private transport at a time when energy saving has become an absolute priority for the whole of Europe. . According to the calculations of the Ministry of Labor, the new measure will make about 75 million trips free.

The government has also decided to grant a complementary scholarship of 400 euros in total for all students who are over 16 and who already benefit from a scholarship: “No young person should be forced to abandon their studies out of necessity” , said Pedro Sánchez. Finally, the prime minister announced the release of the “Operación Campamento”, a plan that plans to build 12,000 lodgings in an old military barracks south of Madrid, 60 percent of which are publicly managed.