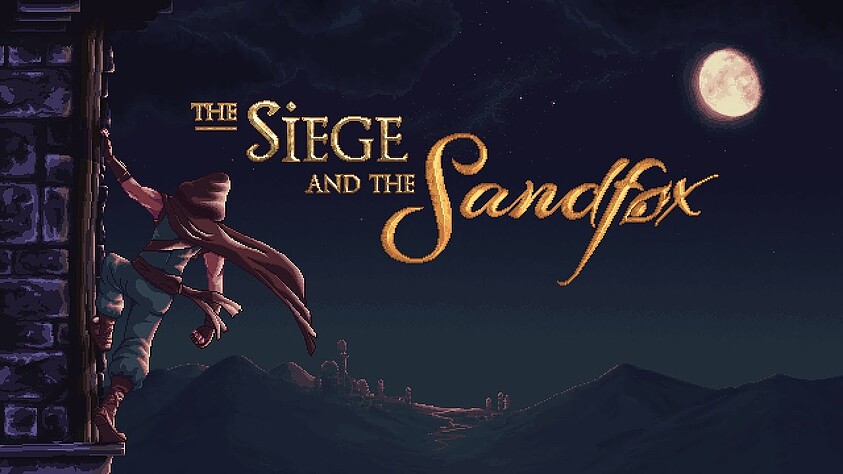 The Siege and the Sandfox announced

Koch Media and Cardboard Sword are co-releasing the developer’s debut title, The Siege and the Sandfox. The magical new 16-bit style 2D stealth Metroidvania is coming to PC in 2023. Check out the announcement trailer here:

“The Siege and the Sandfox” is a 2D stealth metroidvania combined with parkour platforming: players must sneak their way through the varied world from the majestic palace to the ancient prisons of a kingdom under siege. Once a protector of the crown, after an insidious attack on the king, the legendary warrior “Sand Fox” has to solve numerous puzzles and tasks with the help of his camouflage cloak as unnoticed as possible, face the true threat from the sands in the underground ruins under the palace and so on Save kingdom from the traitors.

The goal: to move through the world as covered as possible and, if necessary, to eliminate potential threats. The players navigate the sand fox by running, jumping, shimmying or swinging through the exciting game world, finding new items and equipment and unlocking previously inaccessible places.

“We are very excited to launch our first game, ‘The Siege and the Sandfox’, with the help of Koch Media. This project is a passionate combination of stealth and 16-bit gaming brought to the modern world with beautiful visual effects and techniques. We wanted to do something new, yet nostalgic, and Koch helped us make that happen,” said Olly Bennett, CEO of Cardboard Sword