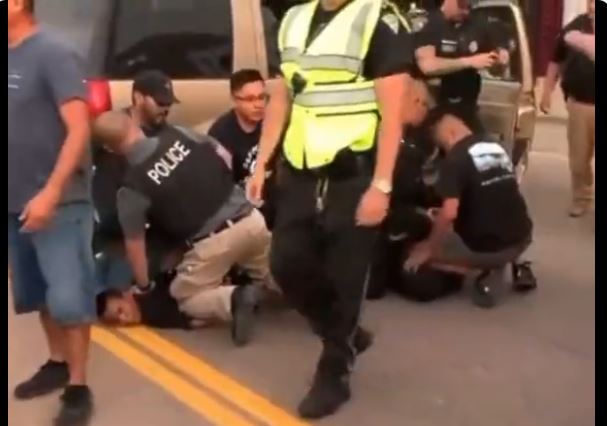 Driving a car is a task of maximum responsibility, because you are handling a vehicle that it is capable of taking a life if it is not conducted in the proper manner.

Every time a driver takes a car there should be no room for distraction or recklessness, but sometimes these factors combine and They are the reason for multiple traffic accidents.

One of the most recent cases occurred on August 5 in New Mexico, where dozens of people watched a parade of the locality sharing with family and friends.

Everything was completely normal when a truck passed by running over several people causing serious blows to more than one.

People who had their cell phones managed to capture the recklessness of the driver, who advanced overwhelming the attendees of the show.

Also read: Video: The shocking moment in which a pick-up truck carries an entire move in Mexico City

Among the people who were injured there are two police officers, According to the report of the authorities who also managed to arrest the reckless driver who will have to face charges before a judge.

Truck runs over parade attendees in Gallup, New Mexico.
The incident occurred this Thursday and at least a dozen people were reported injured, including two policemen.pic.twitter.com/MIrKbmrowF