The global pandemic coronavirus COVID-19 created a challenge for him Argentine health system and accelerated the implementation and regulation times of technological practices in medicine and in the prescription of drugs, with an eye on a new paradigm in which face-to-face and digital professional consultations will be able to coexist in a necessary balance.

But not only that, but the situation showed that the connectivity is an important ally and items such as the Health they lived through the failures of telecommunications in the country.

Access to health has long been a basic and universal right. And in a pandemic situation like the current one, the Internet access comes close to such definitions.

For this reason, the Argentine Senate is moving forward with the implementation of a Draft Law on Network Interconnection of Public Health Establishments that invites operators to join.

The proposal, which has already begun to be debated in the Systems, Media and Freedom of Expression Committee of the local Senate, has the support of National government, and aims connect the almost 8,500 Primary Health Care Centers (CAPS) and the 1,500 public hospitals that make up the Argentine Public Health network.

The aims of the initiative are clear: declare telemedicine as a telecommunications service and add it to the list of programs that the National Communications Entity (Enacom) contemplated in articles of the Universal Service Trust Fund (FSU).

He highlights: “This service will be operated preferably by the Argentine State telecommunications company (Arsat), or by private operators or cooperatives. The expenses that the connectivity, computerization and maintenance demand will be paid by the FSU “.

Thus, the initiative would provide connectivity for “ultra broadband” to central health centers, as well as those located in the most rural regions of the national territory

Likewise, it would facilitate the upgrade to improvements and efficiencies in your administrative processesIt would increase its performance characteristics and facilitate the collection of information to develop public policies based on these data.

“The idea is that, from the sanction of the law, telemedicine is considered a telecommunications service that deserves the support of the universal service and the FSU; a financing that corresponds both to Arsat and to private operators, cooperatives and ISPs of all kinds “, commented Guillermo Schor Landman, one of the authors of the project and historic promoter of telemedicine in Argentina.

And he added: “Above all, considering that those most in need of this type of services are those places that are further away or outside the big cities.”

The need for connectivity in the country is in high demand. Approximately some 400 towns have an Arsat node but do not have an operator, that is, the fiber cabling does not connect with any node in these towns, leaving thousands of people without connectivity. And the problem is exacerbated when it comes to telemedicine.

“It is absolutely essential to have an information system supported by a telecommunications / ICT network that allows information to be shared in real time among all providers of social and health services,” he argued about the project in dialogue with TeleSemana.com.

In addition, it defined as a “vital implementation of ICTs, since it would contribute to making health information systems much more effective and efficient”.

Political struggles for its approval

This is the second time that the proposal has passed through the Senate after having reached parliamentary status in the middle of the administration of Mauricio Macri after being discontinued for lack of treatment.

Now again brought before the House by María Inés Pilatti Vergara, national senator for the Frente de Todos, the project now gets a second chance, after having passed its first stage of debate in committee.

“This time, the project is progressing with a lot of support, unlike the previous attempt, because we are better in tune when it comes to diagnosing the problem”, Held Agustin Kozak, an economist who is part of the team of specialists working on the initiative, while he showed “optimistic“.

Yes OK 2021 is an electoral year in Argentina and many projects would tend to be overlooked before this factor, the need that this project seeks to solve takes time trying to be accepted. 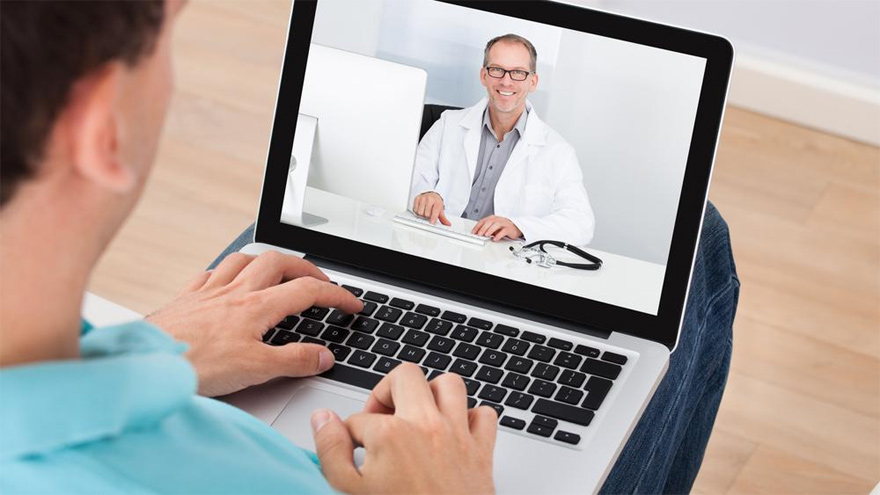 The implementation of digital recipes

The use of digital recipes Of medicines and medical consultations through electronic communication devices are the two main changes that became widespread during the pandemic and that the country currently has legislative projects in advanced treatment to regulate them.

Within the framework of the virtual meeting, national deputy Pablo Yedlin, doctor and head of the Commission for Social Action and Public Health of the Lower House, spoke on “The legislation of Digital Prescription and Medical Telecare” and advanced on the history of the regulation that was recently approved and passed to the Senate for its treatment.

Yedlin recalled that the “Law of the Art of Healing”, since 1967 established that “prescriptions and recipes must be handwritten, in Castilian, dated and signed”, but later modifications were made that some welfare centers or social works had begun to implement.

“There have been several attempts in these two years to want to advance in electronic formats, but with twists and turns until the pandemic accelerated everything“, highlighted the legislator, who cited the express authorization of the Ministry of Health of the Nation for the use of the digital prescription, as a way to avoid the unnecessary mobilization of patients during quarantine.

Yedlin stressed the importance of ensure privacy and preserve patient data, and considered that once the pandemic has been overcome, the way forward “should be made up of the prescription being enabled electronically, that people can go to any pharmacy, and that the pharmacist can see that information in a system and subsequently file it digitally.”

For his part, the senator Mario Fiad, President of the National Senate Health Commission, stressed that in the short term the body will begin to discuss in commission the law arrived by Deputies on digital prescription so as not to cause unnecessary delays.

Fiad remarked that after consulting with the entire national medical sector Work was done on a bill that would also advance on telemedicine on the one hand and digital medical history on the other. The standard seeks to regulate telemedicine and presents, as a central point, the formation of a National Digital Health Agency, which will be in charge of regulations, controls and definitions.