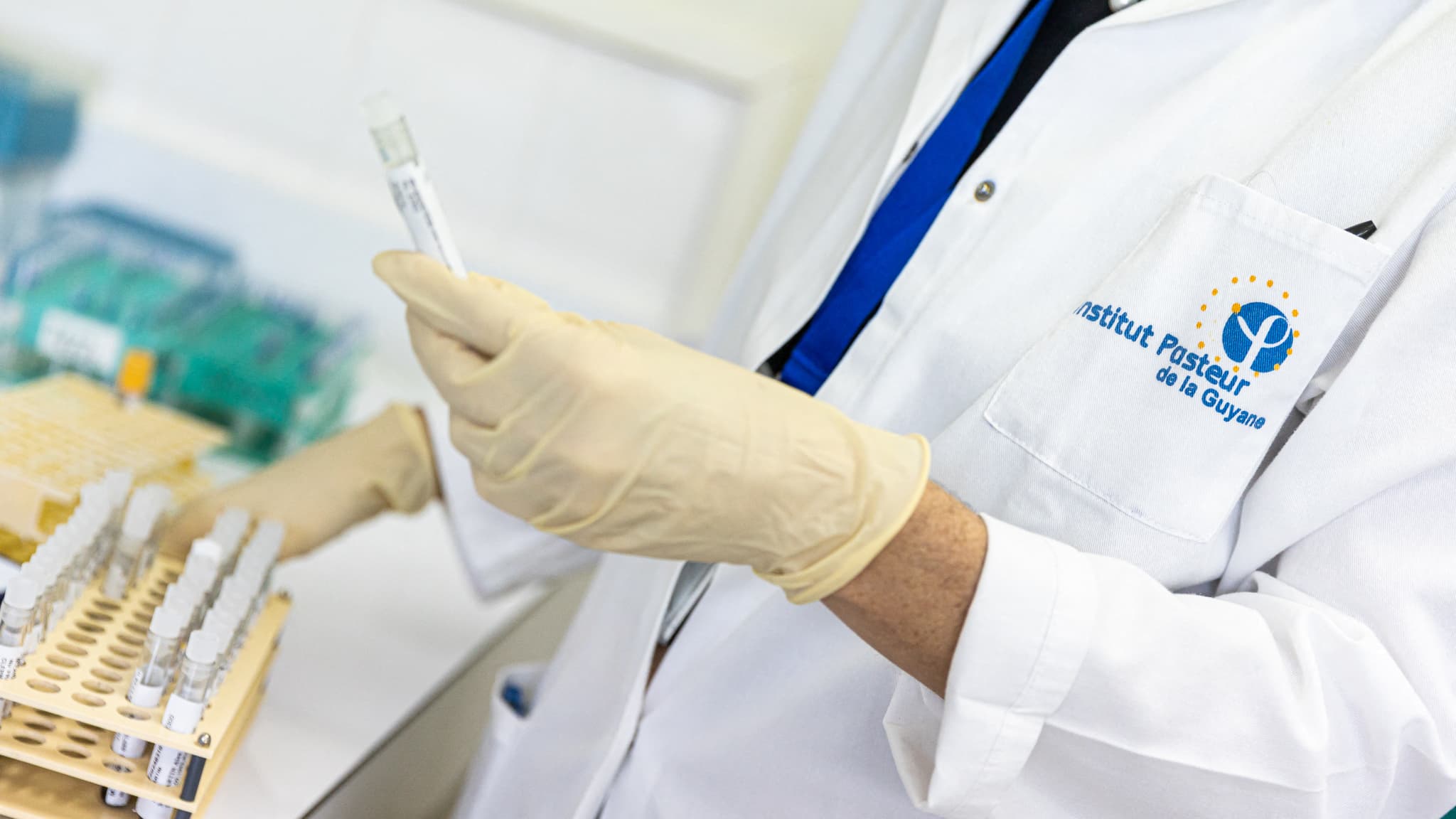 On Monday, the Institut Pasteur, based on data collected on the transmission of Delta between June 15 and July 5, published a document exploring the different scenarios of the variant circulation for the rest of the summer.

The object may seem arid, it is nevertheless fascinating. It is especially of crucial importance at a time when the public authorities adapt their health policy to quell the spread of the Delta variant of Covid-19 as quickly as possible on French territory. On Monday, the Institut Pasteur thus put online a summary document summarizing the dynamics of this variation of the virus, reported for the first time in India, and condensing the different possible scenarios around its circulation for the rest of the summer, starting in August.

The modelers of the prestigious scientific research organization based their work on the transmission figures of Delta – a variant which already weighs 60% of current contaminations in France, as government spokesman Gabriel Attal noted on Tuesday – between June 15 and July 5. The epidemiologist and modeling expert from the Institut Pasteur, Simon Cauchemez, shared a few illustrations from this report this Tuesday morning on Twitter.

Matter is sensitive. Sunday, at the microphone of Radio J, the Minister of Health, Olivier Véran was worried:

Well, according to Pasteur’s projections, it looks like he’s still too optimistic. In view of the darkest of them anyway.

A doubling of Delta cases every 5.6 days on average in France

Some basic data first. The Institut Pasteur relies in this note on the “Rd” indices, ie the transmission rates of Delta, recorded, as has been said, over the current period from June 15 to July 5. last. It appears that in this interval the regional Rd varied between indices valued at 1.5 and 2.8.

“This means that in the regions, it currently takes between 3.5 and 10.4 days to see the number of Delta cases double,” the researchers say.

If we smooth these values ​​at the national level, the variant diffused during the three weeks studied according to an average Rd index of 2.0. A rate which means a doubling of cases every 5.6 days on average.

This is where the experts’ foresight work begins. But, before we embark on the cold waters of the calculation of these scientists, we must still satisfy a methodological point. Using the data mentioned above, scientists from the Institut Pasteur have thus adopted two different approaches in order to imagine as closely as possible the possible and immediate changes in the circulation of the Delta variant in France as of August 1. In the first case, they followed a simple exponential growth model, in the second, a mathematical model, “more sophisticated” in their own words. And these two lines lead to very different perspectives.

The simple exponential growth model establishes at 40,000 cases per day, from August 1, the number of Delta-labeled contaminations in France if we remain at a transmissions index of 2.0. An option that looks like a scenario horribilis at this stage. Because assuming that we managed to get this Rd at 1.5 or even 1.8 from July 8, the hypothetical numbers of daily cases on August 1 are respectively reduced to 11,000 and 24,000 per day. Note that this model does not take into account the increase in vaccination coverage of the population throughout these last weeks of July.

The “more sophisticated” mathematical model takes into account not only this increase but also the immunities (natural and vaccinal) and the dynamics of transmission as well as the various risks according to age. Finally, on the sole condition that 50% of the people caught by Delta are well identified, this more invigorating approach can deliver its estimates.

With a transmission rate still based on an index of 2.0, we obtain 35,000 cases of the Delta variant daily in France from August 1. A reduction in the gauge of between 1.5 and 1.8 – again since July 8 – would make it possible to slim down this platoon of daily infected at the beginning of August, to respectively 10,000 and 22,000 individuals.

Pressure to come on the hospital

For the moment, we have spoken without nuance of all the people contracting the virus struck by the seal of Delta. But these values ​​do not say anything about serious forms, and therefore hospitalizations. Pasteur of course thought of the question, in the light of his models.

“In all scenarios, the number of hospital admissions remains relatively low on August 1,” the document opens.

Alas, however, it could only be a lag. Because by maintaining an Rd of 2.0 “, the daily number of hospital admissions could reach the values ​​observed during the second wave (November 2020) in mid-August, with a peak in early September greatly exceeding the size of the first wave (March 2020) “, we are struck.

In addition, a transmission index pushed back to 1.8 would bring out the rejuvenation of the population exposed this time to the most virulent forms. “We would reach a peak of hospitalizations similar to that of the first wave in September, with a number of beds occupied in critical care substantially higher than the peak of March 2020 due to a younger population of hospitalized patients”, blows the report in this perspective. “In the scenario Rd = 1.5, the peak would be at the end of September with a much lower amplitude than that of the previous waves”, we then say.

The results of the races are therefore hardly brilliant. Regardless of the end, or rather the scenario, by which we take Delta’s future trajectory, we must therefore expect “significant pressure on the hospital from August”.

However, the authors of this work do not invite discouragement. They even point out that a much lower health effort than during the first confinement (an era during which the transmission rates had been planed by about 80%) would already greatly lighten the picture sketched out by this fourth wave which is rising:

“Even relatively small reductions in the transmission rate this summer (in the order of 10 to 25%) would significantly reduce the size of the peak in hospitalizations and delay the onset of this peak to a time when the hospital would be in a better position to absorb an influx of patients. “

As for the idea of ​​an increased risk of hospitalization with the Delta variant compared to Alpha (the variant that was originally said to be British), the researchers refuse to come forward: they concede that this greater severity of Delta on his to anticipate is “possible” but consider that the available data are “not yet clear on this point”.