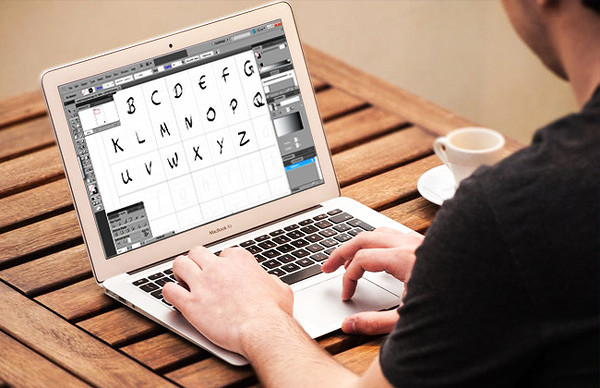 Astra Linux has included the PT Astra Fact font in the Linux distribution of the same name. This is a complete analogue of the Verdana font, which was excluded from Russian GOSTs in March 2021. The development of PT Astra Fact was carried out by the domestic company “Paratype”.

The Russian group of companies Astra Linux has released a new domestic font PT Astra Fact. Representatives of Astra Linux told CNews that it is a complete replacement for the American font Verdana, developed by designer Matthew Carter, commissioned by Microsoft and used in Windows and Office. The font is copyrighted by Monotype Imaging.

The PT Astra Fact font was developed by the Russian company Paratype, commissioned by the Astra Linux Group of Companies. It became part of the Astra Linux operating system and completely replaced Verdana in it. Now Astra Fact is used in all interface elements of the domestic Linux distribution – in the names of menu items, in captions for buttons, in hint windows, in the list of fonts for typing text, etc.

At the time of publication of the material, the Astra Fact font was available for self-integration into the OS by the user. In the future, it will be used in the default Astra Linux interface.

More about the new product

PT Astra Fact is based on the Fact font family, developed by Paratype specialists. Its main feature is high-quality display of characters with anti-aliasing modes disabled, in sub-pixel and Grayscale anti-aliasing modes, as well as in Black & White mode. The developers have achieved good readability of text on screens of various resolutions, including mobile devices and 4K monitors.

As representatives of Astra Linux told CNews, PT Astra Fact is a closed font. “It contains the know-how of Astra Linux and Paratype companies. In this case, there are two copyright holders for the font. Copyright belongs to the font developer Paratype. The right to use belongs to the customer of the development – Astra Linux Group of Companies ”, – they said.

The Paratype specialists, as the Astra Linux Group of Companies told CNews, have been working on the font for about a year. To ensure the development and testing of the font, a special technological stand was created and the corresponding testing methods were developed.

Why do Russians need their own fonts

Astra Fact is the third in the Astra Linux collection. In 2019, Paratype developed PT Astra Serif and PT Astra Sans for it, which have become a complete metrically identical replacement for the Times New Roman font.

The need to develop the PT Astra Serif and PT Astra Sans fonts was associated with the current geopolitical situation in the world and the incessant stream of American sanctions. Tensions between the U.S. and Russia affected fonts in December 2018.

A number of popular fonts, including Verdana, Times New Roman, Arial, Courier New and several others, are owned by the American company Monotype Imaging. In December 2018, she refused to provide licenses for their use in Russian software, including operating systems.

“To use foreign proprietary fonts, you need to purchase licenses from their copyright holder – Monotype Imaging. At the same time, the jurisdiction of the United States is laid down in the license agreement, and the risks associated with violation of their sanctions legislation are quite serious. Therefore, import-independent domestic fonts are created for Astra Linux. The creation of PT Astra Fact is a natural step towards the creation and development of Russian digital products, “the commercial director of Paratype told CNews. Sergey Bobryshev.

“The use of these fonts (PT Astra Serif and PT Astra Sans, – approx. CNews) allows you to avoid lawsuits from the copyright holder and situations when the appearance of the document is distorted, because the font used to create it is not available in Astra Linux”, – representatives of Astra Linux Group told CNews.

Why Russian business has turned towards hyperconvergence

The situation with the PT Astra Fact font, according to Roman Mylitsyn, is somewhat different. “One of the reasons for the development of the font was the expansion of the range of devices on which the Astra Linux OS is used, from collective display devices with 4K monitors to mobile devices with touch screens or industrial devices with low-resolution screens without the ability to smooth fonts,” he said. CNews.

“The development of the interface font has become the next step in the systematic work on increasing the attractiveness of the OS and providing users with modern and beautiful interface solutions, which has nothing to do with the US sanctions policy,” summed up Roman Mylitsyn.

How it all began

By banning Russian developers from using its fonts in December 2018, Monotype Imaging has not set a precedent. For the first time, such a situation occurred two years earlier, at the end of 2016.

It has developed just around the Astra Linux group of companies. The company was then denied by Monotype Imaging the right to include Times New Roman and Arial fonts in its OS. As the reason, representatives of Monotype Imaging mentioned the US sanctions against Russian companies cooperating with the Ministry of Defense, and the reason for the refusal, according to Kommersant, was the mention of the participation of the developer Astra Linux in the work of the MAKS international air show.

How the government reacted

The Russian authorities, promoting import substitution of software and hardware developments in the public sector, turned their attention to American fonts. In May 2018, Rosstandart revised GOST R 7.0.97 “System of standards for information, librarianship and publishing. Organizational and administrative documentation. Requirements for paperwork “. After the changes, all references to Monotype Imaging fonts disappeared from it.

The active transition of Russian state corporations and various companies to the use of domestic fonts began in the spring of 2019. For example, the Ulyanovsk region was among the first to do this. By the decree of its governor No. 41 of May 20, 2019, the use of the PT Astra family fonts in the state structures of this region was initiated.

In the same 2019, PT Astra fonts began to appear in software products of other Russian developers. For example, in October 2019, they became part of the Russian office suite My Office. This is the development of the New Cloud Technologies company, which is a domestic analogue of the American Microsoft Office. A month later, at the end of November 2019, the Moscow authorities purchased 589 licenses for “My Office” worth 5.24 million rubles.

The fonts PT Astra Sans and PT Astra Serif are now used by the Federal Penitentiary Service (FSIN). At the end of December 2020, the department purchased about 6,300 computers assembled in Russia with pre-installed domestic OS “Alt Workstation 9” and the office suite “My Office Standard”.

A new stage in the fight against foreign fonts in Russia began in March 2021. As CNews reported, Rosstandart prescribed in GOST a recommendation for government agencies to use freely distributed and Russian fonts instead of American Times New Roman, Arial and others.