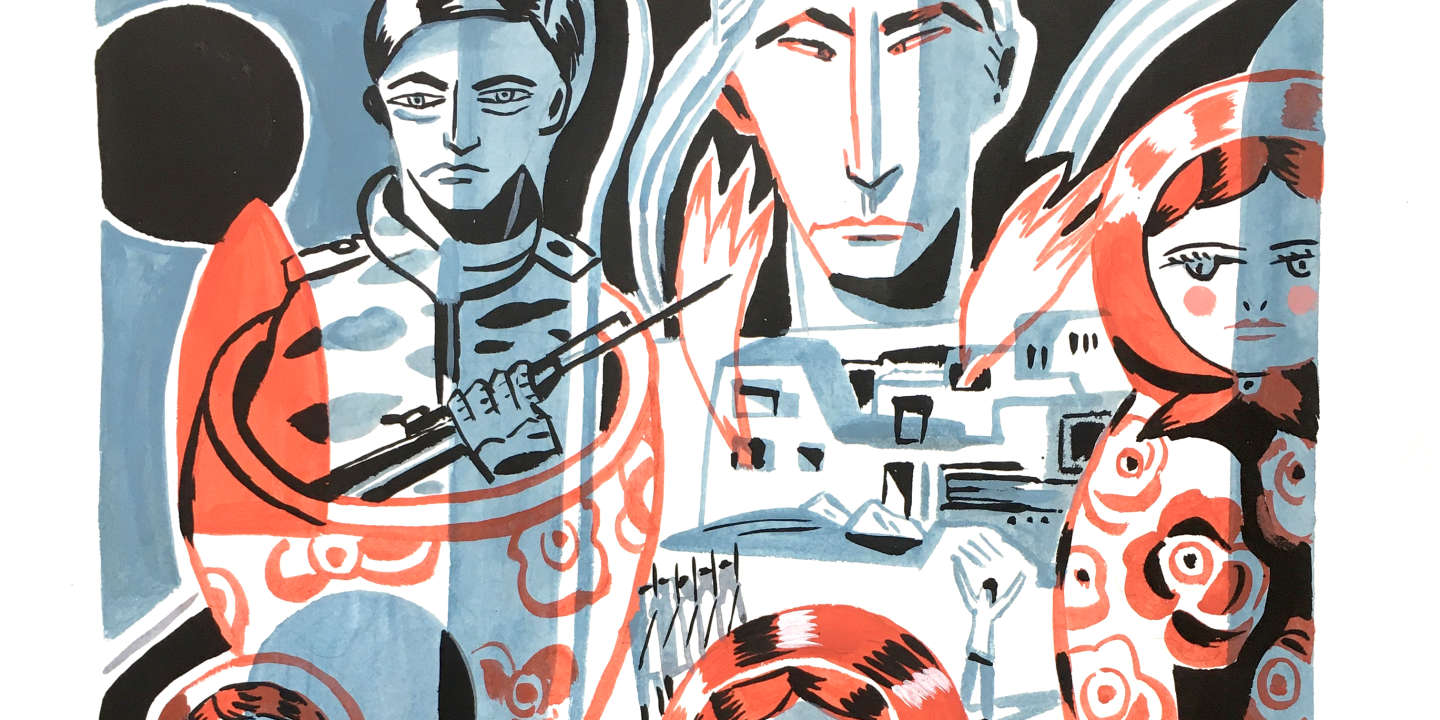 The Russian myth of the Great Patriotic War and its manipulations

InvestigationInscribed since 2020 in the Russian Constitution, the glorification of the role of the USSR during the Second World War is used by Vladimir Putin to justify the invasion of Ukraine. A propaganda directly inherited from the Soviet era.

One of the mysteries surrounding the invasion of Ukraine is the apparent absurdity of Russian propaganda. “Denazification”fight against a government “Pronazi”… Aggression, whatever its real aims, is invariably staged as the war of liberation of a Ukrainian people united with the Russians “by blood ties” – in the words of President Vladimir Putin spoken on February 21 – a people who would have “faces the rise of the nationalist far right (…) quickly developed into aggressive Russophobia and neo-Nazism”.

The fact that such assertions bear no relation to reality, when the weight of the Ukrainian far right is marginal today, is so obvious that one might be tempted to write them off and profits. What war does not bring its flood of lies? Except that in pulling the thread of this speech over the long term, another evidence soon appears, of which we have perhaps not measured all the implications: the impossibility in which Russia now finds itself to present itself to the world other than as an anti-Nazi power, so much did the Putin regime make of the 1945 victory against the IIIe Reich the foundation of its legitimacy, even of Russian identity.

Also read the column: Article reserved for our subscribers “Tell me who you commemorate, I will tell you who you are”

A victory by which, said Putin commemorating it on May 9, 2021, “the Soviet people have (…) liberated the countries of Europe from the brown plague”. Nine years earlier, on May 9, 2012, he proclaimed, in the same circumstances: ” Our country (…) offered freedom to people all over the world. » It was this liberator, this anti-Nazi heir to the USSR who, on February 24, entered Ukraine, continuing his historic mission. In his morning television appearance that day, Mr. Putin further stated: “The outcome of the Second World War is sacred. »

Between mourning and triumph

In a country which, in July 2020, amended its Constitution by introducing the celebration of “the memory of the defenders of the fatherland” and the ban on to minimize the meaning of [leur] heroism », it is not surprising that a historical reminder of this nature appears during the announcement of an invasion, even if this one has, in reality, nothing to do with it. But this implies that it is necessary to examine the memorial construction which then emerges. Not to bring out there what would form a unique cause of the events, but because no explanation would be valid without placing them on this background, whereas the Putin regime does not stop doing so by celebrating the Great Patriotic War, like the we said in the USSR and as we always say in contemporary Russia.

You have 88.46% of this article left to read. The following is for subscribers only.