Sergei Andreev got smeared with blood-red paint in Warsaw

The Russian ambassador to Poland was attacked with red paint by pro-Ukrainian activists in Warsaw on Monday as he tried to lay a wreath to mark Victory Day.

Victory Day is celebrated annually on May 9 to commemorate the Soviet defeat of Nazi Germany in World War II. This year’s events take place when Moscow’s military campaign in Ukraine enters its third month.

Russian Ambassador to Poland Sergei Andreev is covered in red substance thrown by protesters as he attends a Victory Day celebration at the Soviet Military Cemetery to mark the 77th anniversary of the victory over Nazi Germany, in Warsaw, Poland. (Slawomir Kaminski/Agencja Wyborcza.pl via REUTERS)

Images released by Russian news agencies showed Sergei Andreev and several other men with red paint splattered on their clothes and faces, surrounded by a chanting crowd, some carrying Ukrainian flags.

The group was blocked from entering a cemetery and there they received the red bath in repudiation of Putin’s invasion of Ukraine and the war crimes of which his troops are accused, whose provisional balance according to the UN exceeds 3,300 civilian deaths. 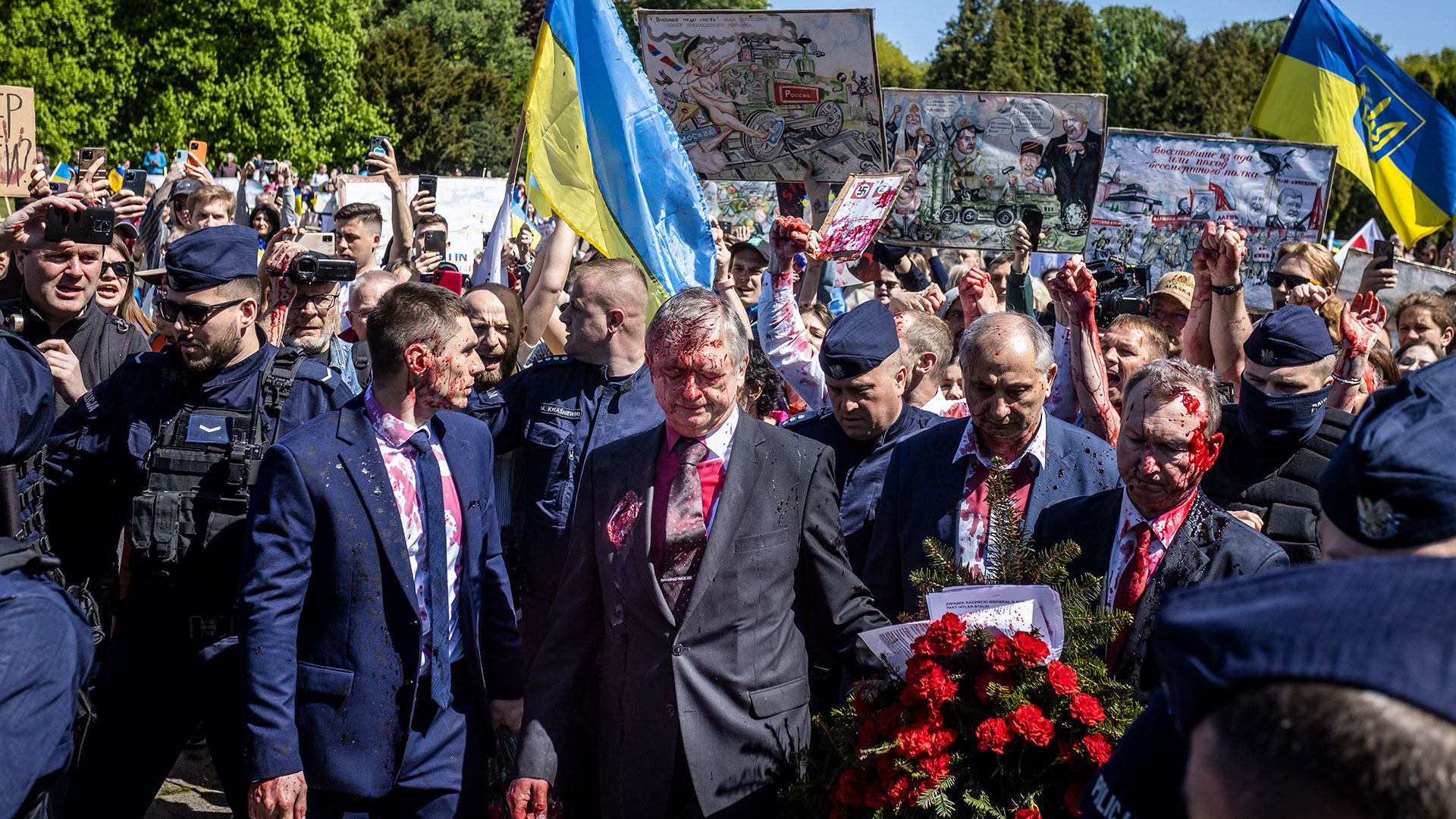 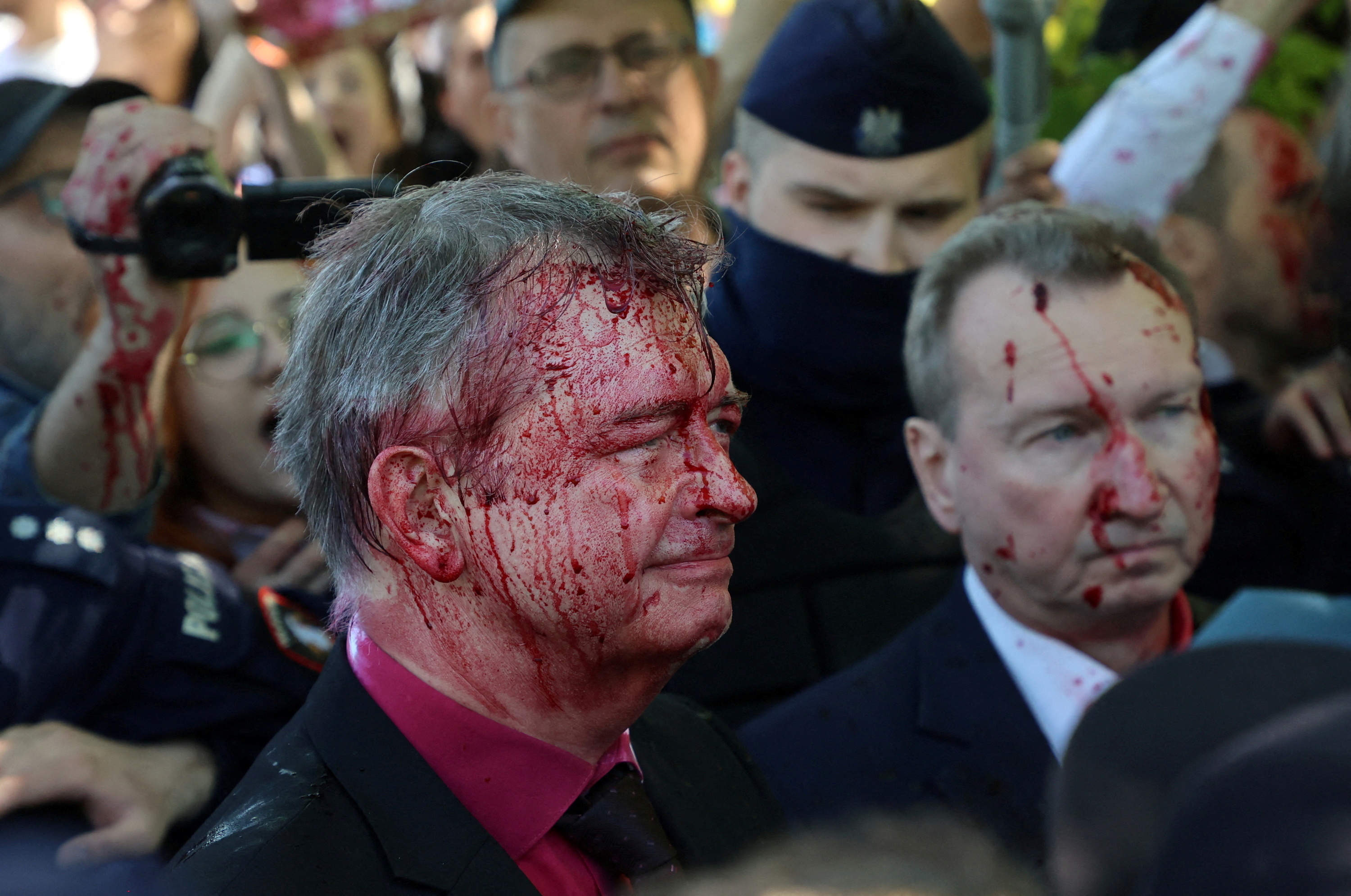 Andreev was surrounded by an entourage that was also stained red (Slawomir Kaminski/Agencja Wyborcza.pl via REUTERS)

Andreev told the Russian news agency RIA Novosti that he was not seriously injured in the attack.

Poland has accepted hundreds of thousands of refugees from neighboring Ukraine since Moscow sent troops into the country on February 24. 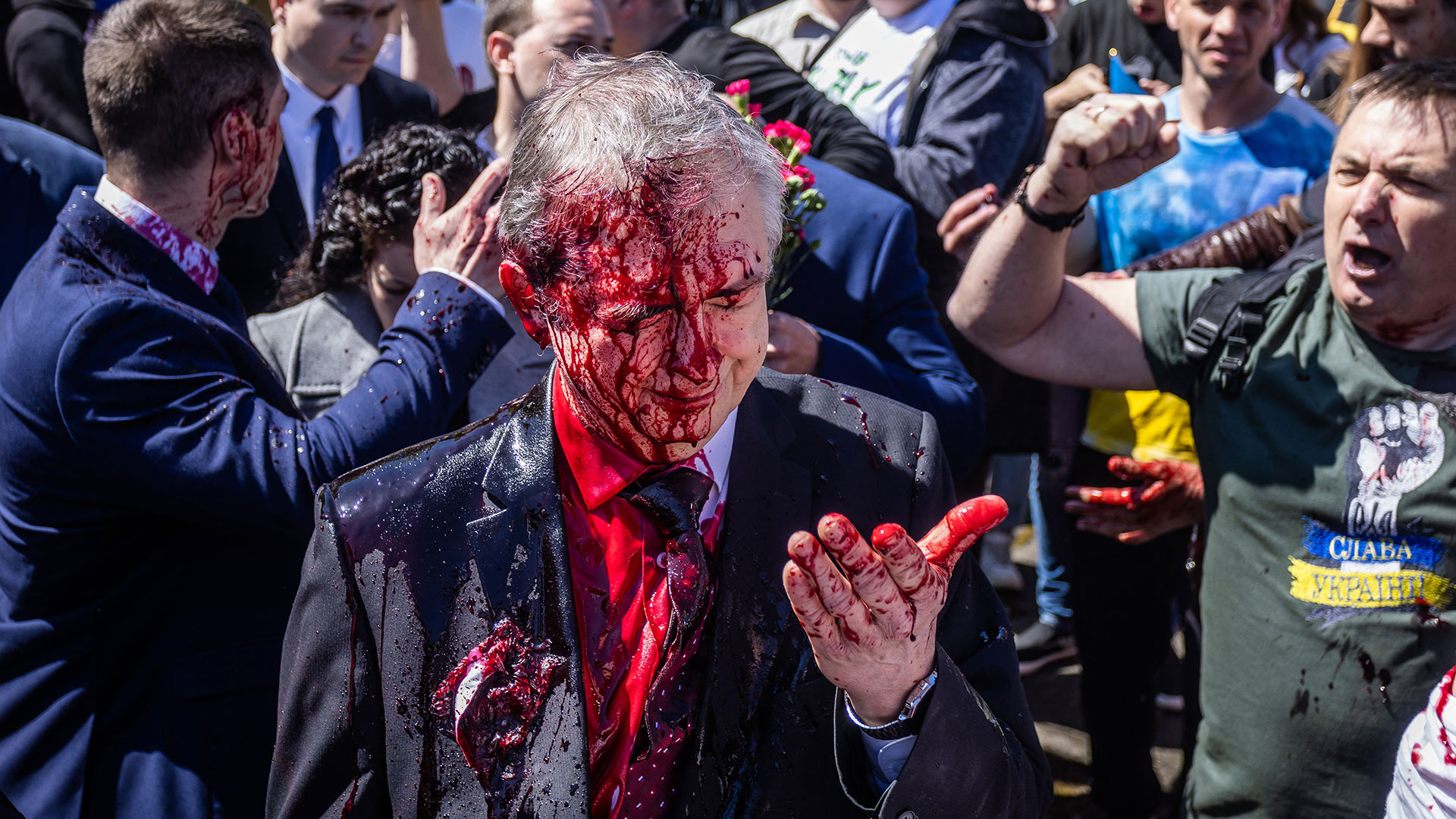 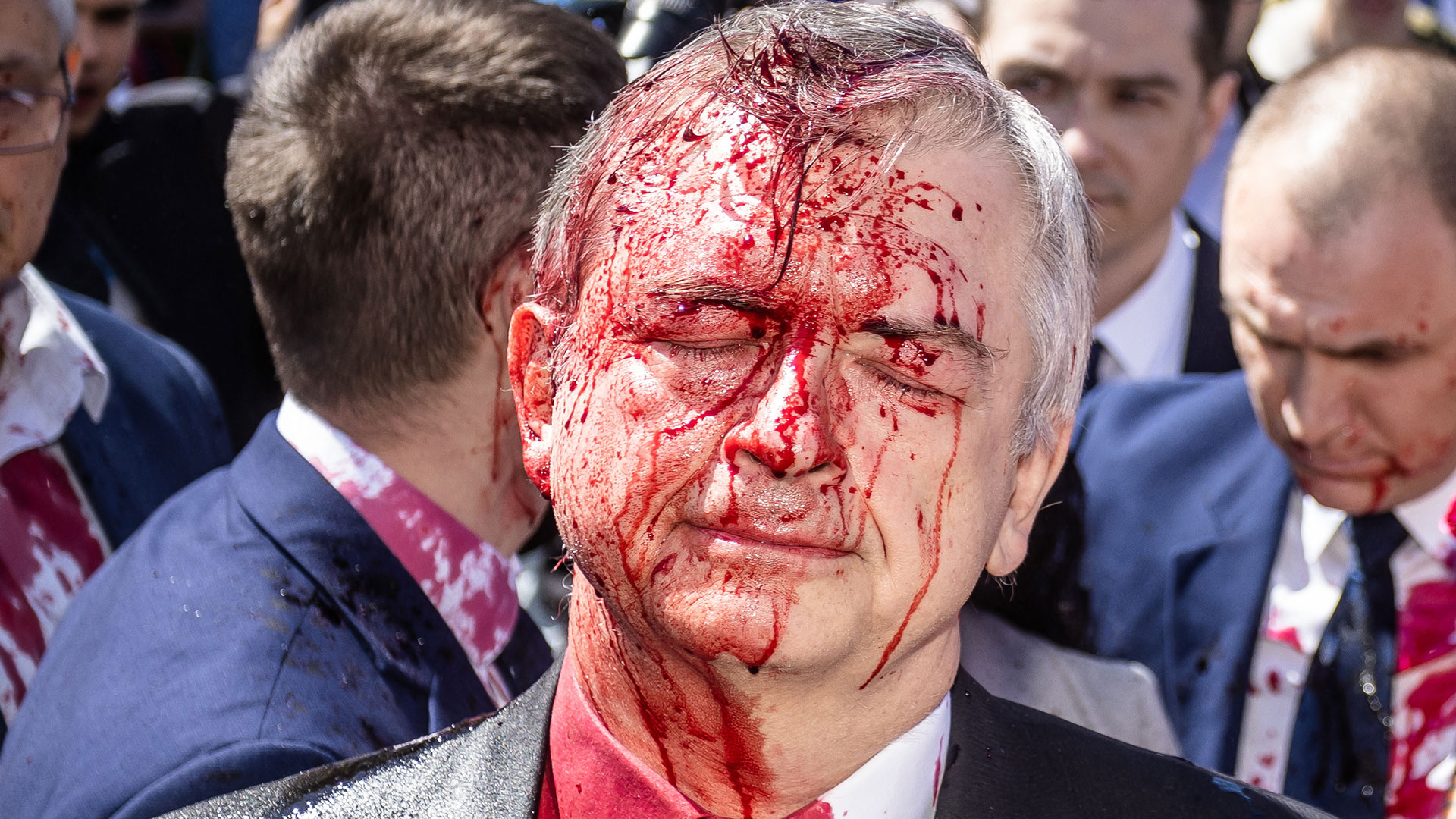 “In Warsaw, during the laying of a wreath at the cemetery of Soviet soldiers, an attack was carried out against the Russian ambassador to Poland Sergei Andreev and the accompanying Russian diplomats,” the Foreign Ministry spokeswoman said. Foreign Affairs, Maria Zakharova, on Telegram.

“Admirers of neo-Nazis have shown their faces again,” he said, repeating Russia’s claim that it is fighting neo-Nazis in Ukraine.

“But like I said before, we can’t be intimidated. It must be terrible for the inhabitants of Europe to see themselves reflected in the mirror.”

Volodimir Zelensky compared Putin to Hitler and said that the Russians “are fighting for their tsar, their führer”
Vladimir Putin said the invasion of Ukraine was to “prevent” a Western attack on Russia