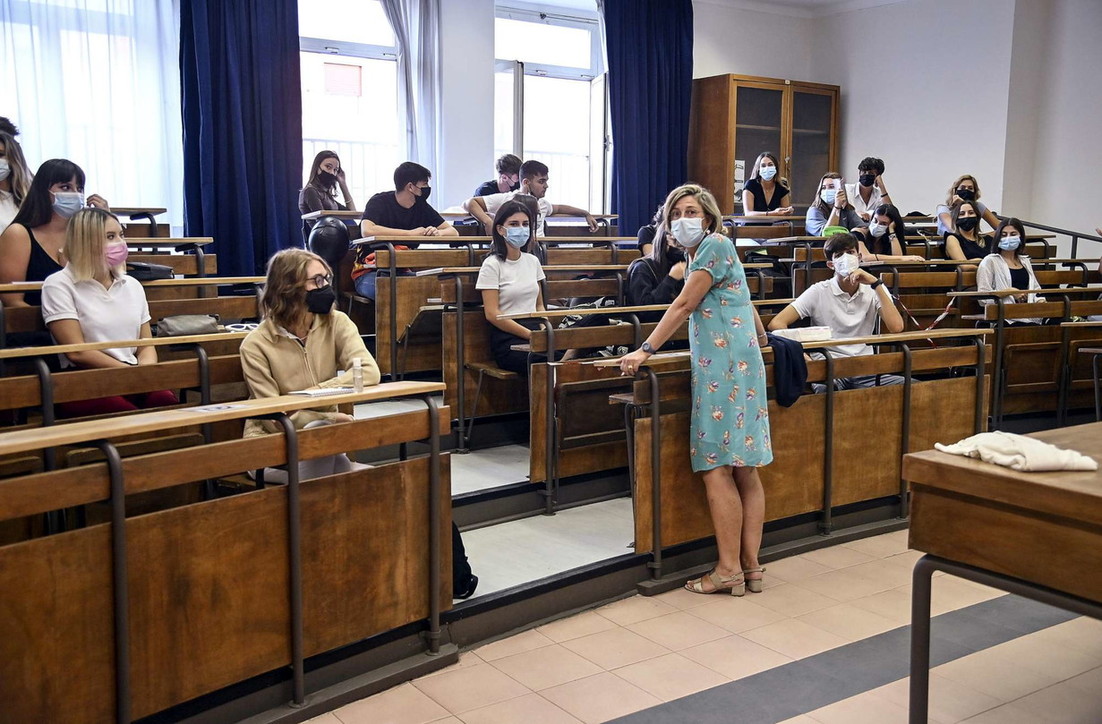 The government line, therefore, seems to pay off; given that the new anti-Covid rules have a clear objective, at least on paper: to avoid as much as possible, for as many students as possible, the use of distance learning. Despite the constant increase in infections. But that scares a good part of the school administrators to the point of pushing more than a third of them to invoke Dad anyway for at least two weeks. And they themselves ask to draw up a personal balance sheet, the day after the first day of school in attendance after the Christmas holidays, given that our institutes live “in the field” every day and coordinate them. Skuola.net has therefore interviewed, from North to South, some of them to better understand what are the lights and shadows of this return to the benches

Absences, quarantines and privacy: a difficult return for Italian schools

Laura Biancato, head teacher of the “Einaudi” institute in Bassano del Grappa and recently elected best headmaster in Italy, she explains that on the morning of January 10, in her institute, she recorded “13% of staff absences”. The shortcomings are felt and forced to arrange the Dad for five entire classes. Those in presence then saw fragmented activity, given that 10% of pupils were connected from home due to quarantines or infections. A situation that has also undermined the connectivity of the school, called upon to manage this massive flow of data to and from the school.

In addition to the organizational problems, Biancato then insists on the numerous responsibilities incumbent on the school, first of all the verification of the vaccination status of students: “The biggest and worrying question is how to verify the vaccination status of students, if through apps or certificates, because there is clearly a privacy issue. It is true that there is a state rule that allows us to circumvent the problem but we have strong doubts about it ”.

Finally, like many of her colleagues, Laura Biancato also seems not to be in tune with the Government and in particular with Minister Bianchi: “We spent the whole weekend managing communications to better organize the return – confesses the principal – it was all predisposed to the maximum of possibilities, but it is quite clear that this is not the school we would expect, there are organizational interferences. In my opinion, a well-organized and stable Dad would be better than a mixed system which, due to constant evolution, only generates confusion ”.

FFP2 masks to students: another knot to untie

Also Cristina Costarelli, President of the National Association of Deans of Lazio and Dean of the “Newton” Lyceum in Rome, expresses all the perplexities towards an already critical situation before the holidays. According to the head teacher, reached by Skuola.net, “unfortunately the return went according to forecasts; so many absent both among students and teachers. As for the Newton, I count 81 positive students, and nearly a hundred in solitary confinement. There are 13 teachers absent, and therefore already today I could not guarantee the complete service. Each class has between two and three students at home and we fear that the trend of the next few days will bring entire classes home ”.

Like Biancato, Costarelli also argues that it is impossible to obtain a “healthy” teaching method in the light of the new provisions: “We go back to underlining that we support the return to attendance, but what we witnessed today is not. A few weeks of Dad to overcome this peak could have been a reasonable way to manage the teaching ”.

A picture that is complicated also taking into account absences due to other reasons, other than contagion: “At the regional level – says Costarelli – I have received reports of many families who do not send their children to school for fear or because they are waiting to complete the cycle vaccinal. These kids are therefore not enjoying the right to education. In general, the average value of absent students throughout the region is between 20 and 25 per school, while for teachers it is between 10 and 15 ”.

But mainly there are two other knots to be solved and which worry the President of the ANP Lazio not a little: “I add that the problem of surveillance for vaccinated and unvaccinated remains: we do not know how to manage the discourse on privacy”. In fact, to date many of the school leaders do not know how to verify the vaccination or recovery status of the students, which allows them to continue attending classes face-to-face when two positive cases are found in the class group. With one or two cases, on the other hand, teaching in presence is possible wearing FFP2 masks. According to Costarelli, “another open question is who will provide the masks to the self-supervised children. The Ministry seems to indicate the schools, but the institutes do not have sufficient funds ”.

While the principals organize the return, students and parents protest

Continuing the journey of Skuola.net along the Peninsula, we meet Francesco Fuschillo, director of the “Don Milani” high school in Gragnano and regent in another comprehensive institute in the Neapolitan area. Although the regional ordinance did not involve high schools, in both municipalities the mayors intervened to extend the Dad also to upper secondary schools. According to the principal, among the high schools open in presence and at a distance, “throughout the territory of Naples, there were many absences, also linked to countless student protests”.

The parents also did their part, having been among the supporters of the suspension of the regional ordinance thanks to an appeal to the TAR. However, it will not be effective in the whole region: “In the municipalities where there are ordinances of the mayors, those remain, because to inactivate them there should have been a specific appeal. Basically, there is a return to the presence throughout Campania, except for the few municipalities where there are orders of the mayors in stock, there you remain in DAD “.

In many realities of the Peninsula, therefore, there are rates of absence among students and school staff practically double compared to the national average spread by Bianchi. “Many students absent because they are positive, many arriving, many report them to us in real time. And a lot of confusion. ” So he comments on the first day of school Amanda Ferrario, manager of the “Tosi” Institute of Busto Arsizio, who continues: “A good 12% of teachers absent for various reasons but above all because they are positive. So mixed didactics, with a few classes in the presence and a bit from a distance, with the teacher who had to divide himself between presence and distance, and above all classes with no teacher who could supervise and lessons because they were absent “.

To the absences due to the peak of infections, are added those of some teachers of the Covid staff who did not accept the extension: “The contract expired with the start of the Christmas holidays – explains Ferrario – and having received no news until the end of December, they were unable to organize themselves ”. “Lombardy – he adds – has had many absent students and some schools have also had students on strike who are clamoring for distance learning, being very worried about infections, small spaces and not having FFP2 masks”.

“The percentages of absence attributable to Covid19 are about 10% among teachers, ATA and students, among which we record the highest rates of positivity” he says Salvatore Giuliano, dean of the “Majorana” in Brindisi. While Riccardo Rota, dean of the comprehensive Sobrero Institute of Casale Monferrato, in the province of Alessandria, underlines the difficulties that schools are experiencing at this juncture. Regarding the morning of January 10, the date of the return to the benches, he says that “it was demanding, as expected”. For the head teacher the situation is not at all rosy: “We have a high number of cases of positive and quarantined pupils: we have exceeded 100 cases out of 1500 total students. Thanks to the active collaboration of my staff, we were able to manage the situation without too many critical issues, even if I believe that the commitment required of the schools is truly remarkable “.