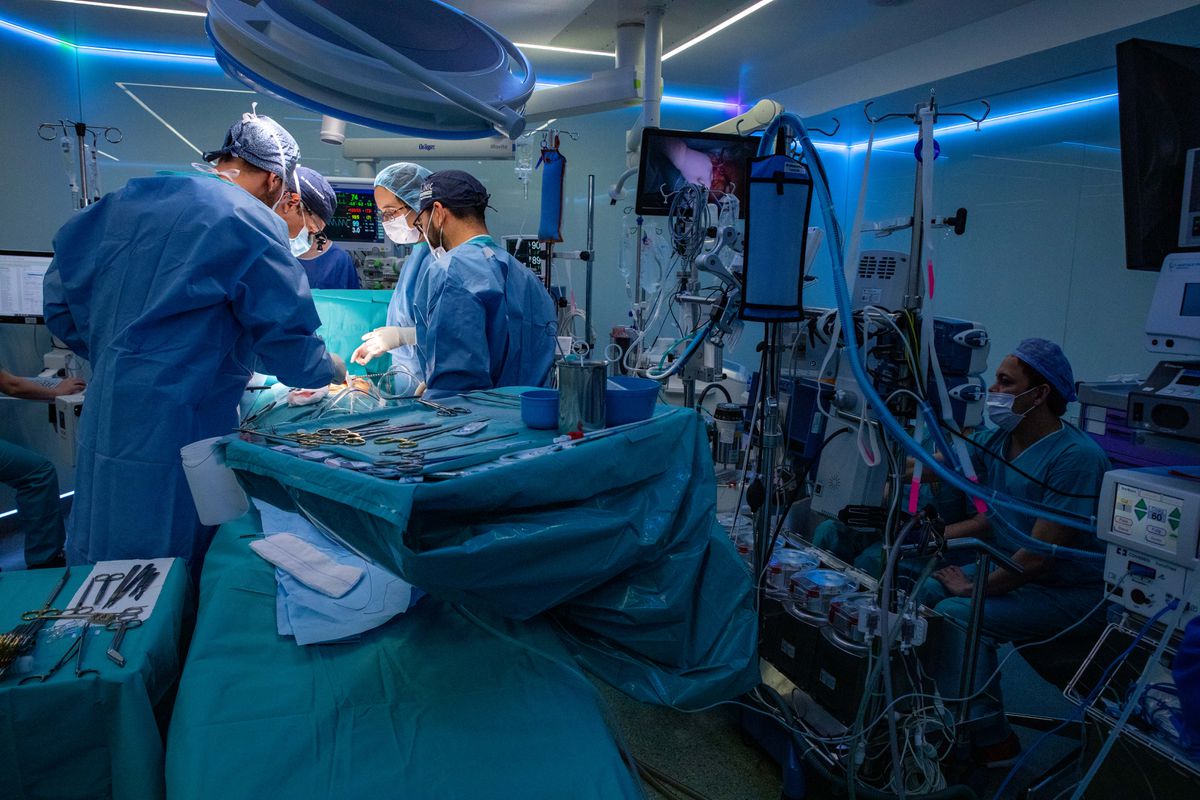 Health depends largely on the size of the checking account. Having more resources allows you to enjoy better living conditions, access medical care sooner (by paying) and live in an environment in which it is easier to develop healthy habits that allow you to live longer. Public health has been the great bet of developed societies to cushion these inequalities of origin. A system built to attend to everyone, but in which the priority in assistance is given to those who need it most and not to those who have the most.

A new study, however, now reveals that the socioeconomic position of the patient also influences the time it takes to undergo surgery in public hospitals. The work compares the waiting times for 10 types of surgical operations with tens of thousands of cases in the Catalan health system between 2015 and 2019, and relates them to four income levels set by the health card in the pharmaceutical co-payment. The result is that the wait times for high-income earners are in several cases more than 20% shorter than those for those with fewer resources.

“The findings highlight a problem within hospitals. In a public health system like the Spanish one, the priority of patients when entering the operating room should depend only on their state of health. In general, the study confirms that this is the case, but the data show that the socioeconomic position of the patient interferes in some cases where it should not,” explains Laia Bosque Mercader, PhD student in economics at the University of York (United Kingdom). ) and main author of the study, in which the Health Quality and Evaluation Agency of the Generalitat de Catalunya and several research centers in this community have also participated.

The analysis takes as reference the waiting time of patients with a low socioeconomic status (those with incomes of less than 18,000 euros per year) and compares it with that of those who have a very low status (unemployed or recipients of non-contributory pensions), average ( between 18,000 and 100,000 euros) and high (more than 100,000 euros). In the case of hip replacement interventions, with an average delay of 149 days, those with a very low socioeconomic position wait 5.6 days more (3.8%) than those with a low socioeconomic status. On the other hand, average renters wait 4.8 days less (3.2%) and high renters 21.1 days less (14.1%).

In knee prosthesis operations (170 days on average), high renters wait 36.7 days less (21.5%) than low renters. For cataract operations (123 days on average), the wait for medium and high incomes compared to low incomes is shorter by 2.4 and 21.6 days, respectively, although in the latter case those who earn more than 100,000 euros they only account for 0.1% of all patients.

In the interventions of removal of the uterus (average wait of 131 days), the most notable difference is the 6.1 days less that the average income must wait with respect to the low income, while the study has not found significant differences in the case of the prostatectomies (prostate removal).

Patients with very low socioeconomic status wait 14.2 days longer than those with low status to undergo coronary bypass. This difference, which represents 37% of an average wait of 38 days, is the largest found by the researchers.

The researchers have also focused on four oncological interventions, more sensitive due to the vital risk that this pathology entails, and although the differences are repeated in some cases, they are generally smaller. The data reveal no significant differences in operations for lung cancer and very little in those for breast cancer. In colorectal cancer, very low incomes wait 2.3 days longer than low incomes (9.5% more in an average delay of 24 days), while the greatest difference in this type of intervention occurs with prostate cancer (9.3 days, 17.7% difference, between the two extremes of the socioeconomic scale).

See also  What is the healthiest dish for people according to Harvard?

One of the hypotheses proposed by the authors to explain these differences is “the greater abilities of patients with a better socioeconomic position to navigate the health system, communicate and resort to patient care mechanisms”, explains Ana Bosque Mercader. But there are others, such as the less flexibility of schedules to attend all the appointments of those who occupy a precarious job or have dependents without help, which tends to occur more in low incomes. And social contacts and relationships also play a role, something that favors those who enjoy a better socioeconomic position.

“These are results along the lines of those found in research carried out in neighboring countries and can be extrapolated to the rest of Spain. Inequality, its impact on health and on the relationship between patients and the health system is a global problem”, explains Anna García-Altés, co-author of the study.

The results of the research were presented at the recent congress of the Health Economics Association (AES) and are pending publication in a scientific journal. Among the strengths of the work is that for the first time it has been possible to study the administrative data of the surgical interventions carried out by the Catalan health system between 2015 and 2019, which “has made it possible to analyze the entire universe of operated patients”, the authors highlight.

The study also analyzes the relationship that these inequalities may have with the patient’s place of residence and the assigned reference hospital. The conclusion is that, although the delays may be different depending on the health center, the inequalities observed according to the socioeconomic position of the patient do not depend on where they live, but are “generated within hospitals”.

Anna García-Altés, who is currently responsible for the health map of the Department of Health of the Generalitat, considers that these data show a potential for improvement in the care offered by hospitals. “Information and support services for patients in care circuits must be improved. Measures can also be adopted to mitigate inequalities in the criteria for inclusion and prioritization of the agendas of medical acts”, she defends.

Joan Benach, director of the Research Group on Health Inequalities at Pompeu Fabra University (UPF), highlights the interest in “studying inequalities in health care between social classes, as well as the need to carry out new research, especially the comparison of the differences between a public health system accessible to all people, compared to a private one, only accessible to those who can pay for it”.

“The differences observed are significant and deserve to be studied, but except for some specific results, they are not quantitatively very large nor do they diminish the crucial role that the public health system has as a political instrument to reduce the impact of social determinants on inequality in health. ”, he concludes.