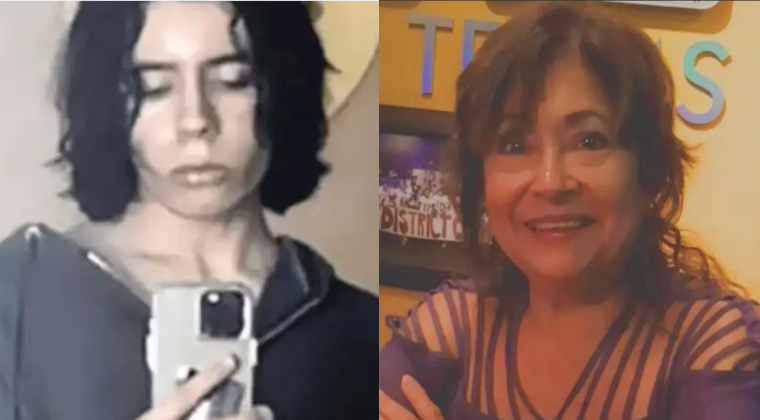 This Tuesday marks a week since the city of Uvalde, Texas, experienced one of deadliest school shootings in US historywhen 19 children and two teachers were murdered at Robb Elementary School.

Salvador Ramos, author of this massacre, He entered the facilities of this educational center and fired repeatedly at children and school personnel, before being shot down by local police officers.

One week after this tragic event, the state of health of Celia “Sally” Martínez Gonzales, grandmother of the perpetrator of the shooting, was revealed. he was shot in the face before the 18-year-old left his home to start the killing spree at the elementary school.

According to the 66-year-old woman’s family, your health status is currently stable after being attacked by Salvador Ramos last Tuesday, May 24.

Also read: “He was scary”: the revelations about Salvador Ramos made by his former companions (including a young woman who dated him)

Nevertheless, It is feared that Doña “Sally” Martínez, as the lady is known, may not speak again.

Jason Ybarra, cousin of the grandmother of the author of the massacre in Texas, indicated that the bullet entered his “jaw right next to his mouth and knocked out all his teeth”so the shot caused serious damage to his face.

Read more: Salvador Ramos: the testimonies of the women whom the perpetrator of the massacre in Texas threatened to sexually abuse

“If the bullet had gone an inch the other way, it would have blown his head off. She’s handling it pretty well, considering what happened. But you may never be able to speak again”, Ybarra commented to The New York Post.

Added to this, Rolando Reyes, her husband, reported that Celia Martínez has only been able to communicate in writingsince when he tries to speak his words cannot be understood.

It may interest you: “He had his reasons”: the new statements of Salvador Ramos’ mother for the Texas school massacre

“He has a notebook where he writes down what he’s trying to say, but when we can’t understand it, he gets frustrated,” she said.

Salvador Ramos’ grandmother was his grandson’s first victim minutes before he headed to Robb Elementary School and kicked off one of the most chilling shootings in US history.