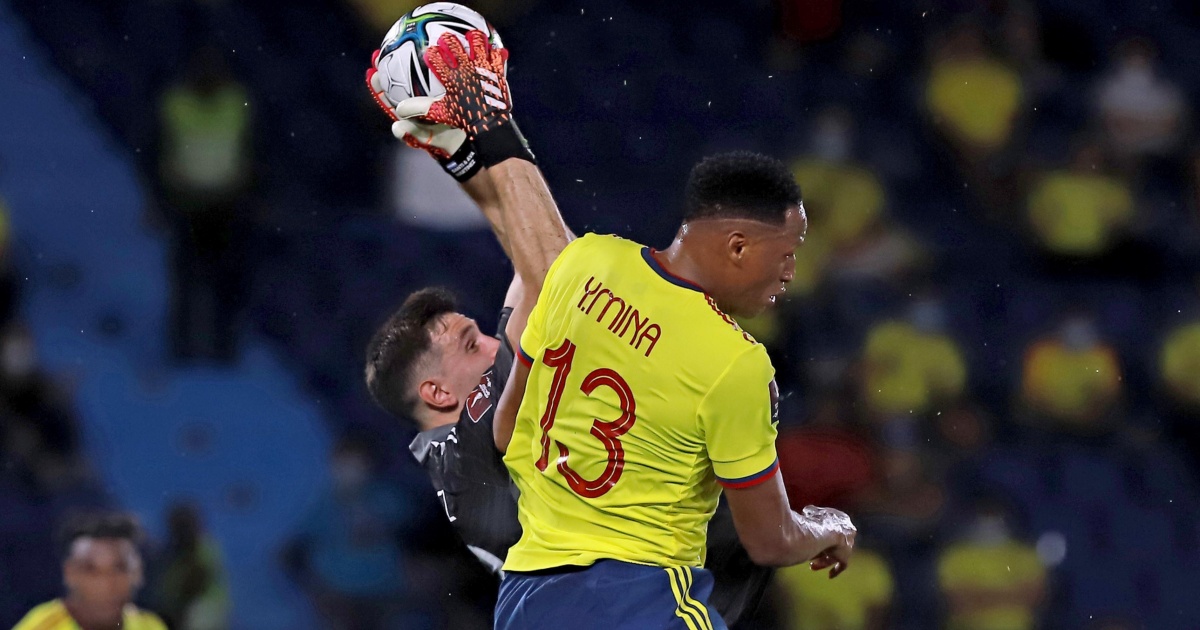 Emiliano Martinez had to be replaced 40 minutes into the first half of the game that the Argentina Selection tied 2-2 with Colombia for the Qualifiers due to a blow to the head from a cross with Yerry Mina.

Precisely, after the meeting, “dra “published a story on his Instagram account in which he made it clear that there were no remorse with the Colombian defender of Everton. “Party things”Martinez wrote.

After the game, the Argentine National Team brought peace of mind regarding the injury that took him off the field of play. “The studies carried out on the archer Emiliano Martinez have yielded satisfactory results. The Aston Villa footballer returns to Buenos Aires without problems with the rest of the squad, “he said.

In fact, the own “Dibu” Martínez spoke about it. “I’m better, it was a hard blow. The doctors did their job. Obviously I wanted to continue playing but they had to take me out because I lost consciousness,” said the goalkeeper.