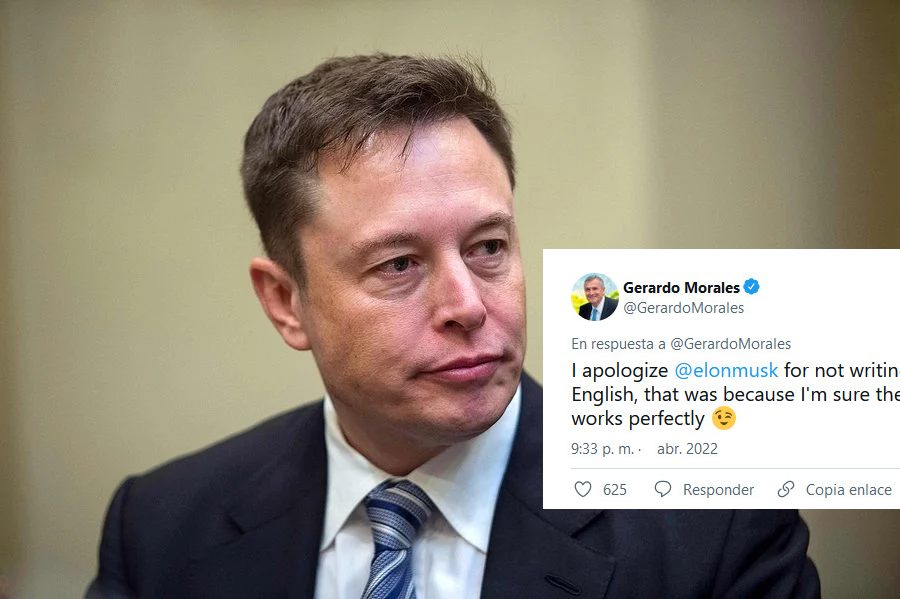 the proposal on Twitter that makes half the country laugh

The governor of a province in northern Argentina “contacted” Elon Musk via Twitter to present him with a proposal related to lithium, the mineral that has upset the CEO of Tesla due to the sharp increase in recent years.

It must be remembered that lithium is key in the manufacture of batteries, the heart of the electric car industry.

“Hello Elon, I am Gerardo Morales, Governor of Jujuy (Argentina)”, wrote the Argentine politician in the red social.

And he added: “The two most important lithium production projects in the country are executed here with a total capacity of 80 thousand tons per year and 20 thousand hectares of lithium reserves available to explore,” he added.

The idea of ​​attracting the attention of one of the richest men in the world through Twitter for a job proposal generated a wide debate in Argentina.

Hello Elon, I am Gerardo Morales, Governor of Jujuy (Argentina). The two most important lithium production projects in the country are executed here with a total capacity of 80k tons per year and 20k hectares of lithium reserves available to explore. We are Green Jujuy https://t.co/IUbF4pzQqg pic.twitter.com/DsjW8CV2jA

Is a social network a valid medium for a proposal of this nature? Makes sense? Is it simply part of a political marketing strategy within your own country?

The truth is that Argentina has, together with Chile and Bolivia, one of the most important lithium deposits in the world, but it is also true that Informality when contacting potential investors is not the best strategy.

All this is being debated on the networks right now in Argentina.

The CEO of Tesla and SpaceX complained this week (and has been doing so for some time) about what he called an “insane increase” in the price of lithium.

“Who knows, maybe the next Gigafactory will be from Jujuy,” Morales added, referring to the set of lithium-ion battery plants that Tesla built.

“The value of lithium is at insane levels! It is possible that Tesla will have to enter the mining business, unless costs come down, ”the tycoon had published in reference to the price of the metal.

Continuing with his informal investment proposal, and always through Twitter, the Argentine governor published a thread addressed to Musk with different initiatives related to technology that are developed in that province, such as solar-powered schools, a biotech complex used to produce medical cannabis, and green hydrogen projects.

Later, in the same thread, Morales invited Elon Musk to get to know “our nature and our beautiful Andean culture” and closes with a praise in English.

In the end, he said: “I apologize, Elon Musk, for not writing this message in English. I’m sure the Twitter translator works perfectly.” I assure.

To the rhythm of the party, Elon Musk will inaugurate his Gigatexas plant