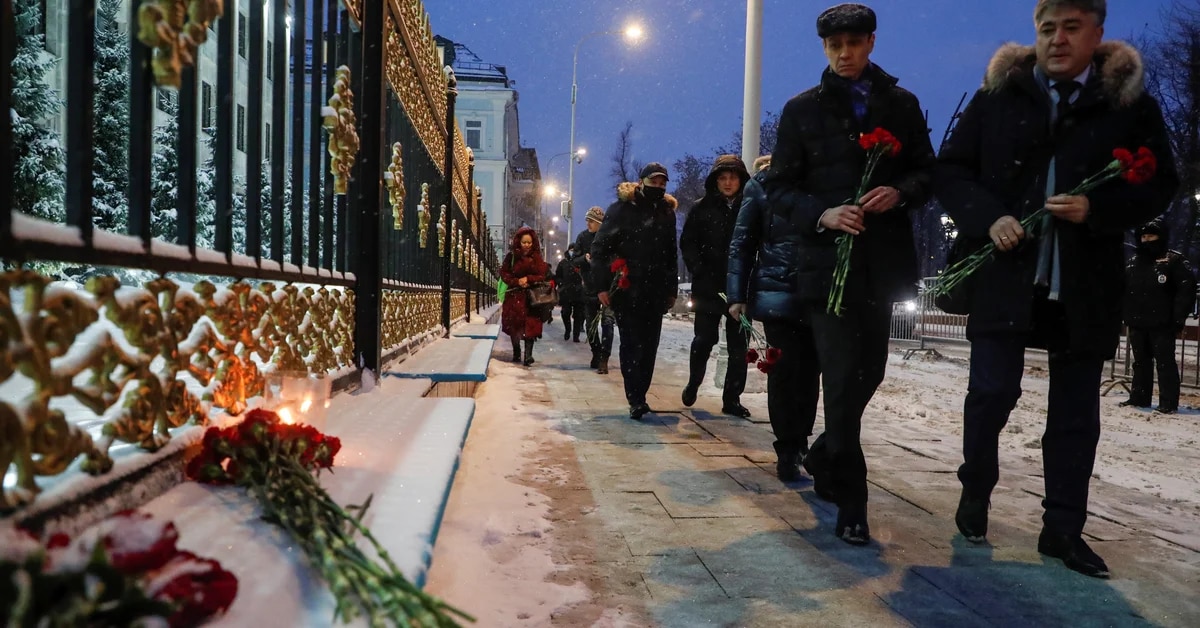 The president of Kazakhstan seeks to mitigate the popular revolt: he announced the withdrawal of the troops sent by Russia

The president of Kazakhstan, Kasim-Yomart Tokáyev, today called for sanity to the thousands of protesters who are protesting in different towns of the country against the rise in the prices of liquefied petroleum gas while declaring a state of emergency in two stages of the protests . EFE / Muhtar Holdorbekov

The President of Kazakhstan, Kasim-Yomart Tokáyev, announced today the Beginning of the withdrawal of troops from the Collective Security Treaty Organization (CSTO) as of Thursday and a series of measures to appease citizen discontent after the violent protests against the country’s regime.

“The main mission of the CSTO peacekeeping forces has been successfully completed. In two days the gradual withdrawal of the units will begin. The process will not last more than ten days, “he told the Kazakh Parliament in a videoconference from the Akorda presidential palace.

Tokáyev requested last day 5 help from the CSTO, led by Russia and also made up of Armenia, Belarus, Kyrgyzstan and Tajikistan, in addition to Kazakhstan. to suppress the “terrorist threat” in the countryAs described by the protests that began on the 2nd, initially due to the doubling of the price of liquefied gas, used as a cheap alternative to gasoline.

The Almaty administration headquarters, which was burned down during recent protests sparked by rising fuel prices in Kazakhstan (REUTERS / Pavel Mikheyev)

In what is its first intervention in another member country in twenty years, the CSTO sent 2,030 soldiers to Kazakhstan, most of them from Russia.

The demonstrations, provoked by discontent with the economic and political elites and corruption, turned into riots and were repressed by the Kazakh forces in an “anti-terrorist” operation, with a balance so far of 160 dead and almost 10,000 detained.

Nursultán tries to justify the repression and the presence of the CSTO in Kazakhstan by the “terrorist threat” to the country, since he assures that the protesters are “international terrorists”, although he has not presented evidence.

Several people lay flowers at the entrance of the Kazakhstan embassy in Moscow, in homage to the victims of the protests in various cities of the country. EFE / EPA / MAXIM SHIPENKOV

Tokáyev, who insists that an “attempted coup d’état” has been avoided, has assured that they are insurgents coming “mainly from Central Asia, Afghanistan and also from the Middle East” and that he will present evidence to the international community.

This Tuesday he indicated that, had he not resorted to the CSTO, the Government could have “completely lost control over Almaty (…)”, the main focus of the protests and the largest city and financial center in the country. “

“Having lost Almaty, we would have lost the capital, and then the whole country,” he emphasized.

CRITICS OF THE SECURITY AND STATE DEVICE

The Kazakh leader criticized the behavior of some in the security apparatus during the protests.

“Not all of them did their duty. In a series of cities the heads of the National Security Departments (…) abandoned their headquarters, leaving weapons and secret documentation there, ”he said.

So far, 412 pre-trial investigations have been initiated, including for terrorist act and homicide. Among others, the former head of the National Security Committee (CSN) of Kazakhstan Karim Masimov was arrested for high treason.

A special investigation team must clarify all the details of what happened, Tokáyev said.

The Kazakh president considered it necessary to improve the security forces in qualitative and quantitative terms, such as the reinforcement of the National Guard, the increase in special units and a rise in salaries, as well as an increase in the defense capacity of the Armed Forces.

OLIGOPOLY IN THE FOCUS

Tokáyev also criticized the current state structure of the country, stating that it “favors more the oligopoly in the economy under the principle of” all (money) first to friends. “

He admitted that the benefits of the country rich in natural resources (oil, gas and uranium) do not reach the population.

“Shal, ket” (Old man, go away) was last week one of the war cries of the protesters directed at the father of the nation, Nursultan Nazerbayev, who led the country for 30 years, and whose family has vast economic interests.

To try to appease citizen discontent, Tokáyev ordered the government, whose new prime minister, Aliján Smaílov, was approved by Parliament today, to establish a program to “increase the income of the population in two months”.

He also called for the creation of a public social fund to solve “real problems in the areas of health, education and social assistance.”

He also urged large companies invited to Kazakhstan by Nazarbayev to contribute annually to the Fund for the People of Kazakhstan that will be created in the country.

Tokayev also instructed the government to restructure the activities of the Kazakhstan Development Bank, which, he said, “has become a personal bank for a select circle of people representing financial, industrial and construction groups.”

In turn, he ordered an increase in the level of responsibility of the power structures in decision-making, declared a moratorium on the salary increase for members of the Government, regional governors and deputies, and a reform of the Public Administration.

Finally, he announced that in September he will present a new package of political reforms in coordination with society and experts.

“In general, the time has come for the transformation of relations between the State and society. We need a new format of social contract ”, he emphasized.

(with information from EFE)

Backed by Russia and former USSR allies, the president of Kazakhstan denounced an “attempted coup”
Russia reported that its troops are fully operational and deployed in key infrastructure in Kazakhstan
The number of detainees in the protests in Kazakhstan increased to almost 8,000
They confirmed at least 164 dead during the riots in Kazakhstan