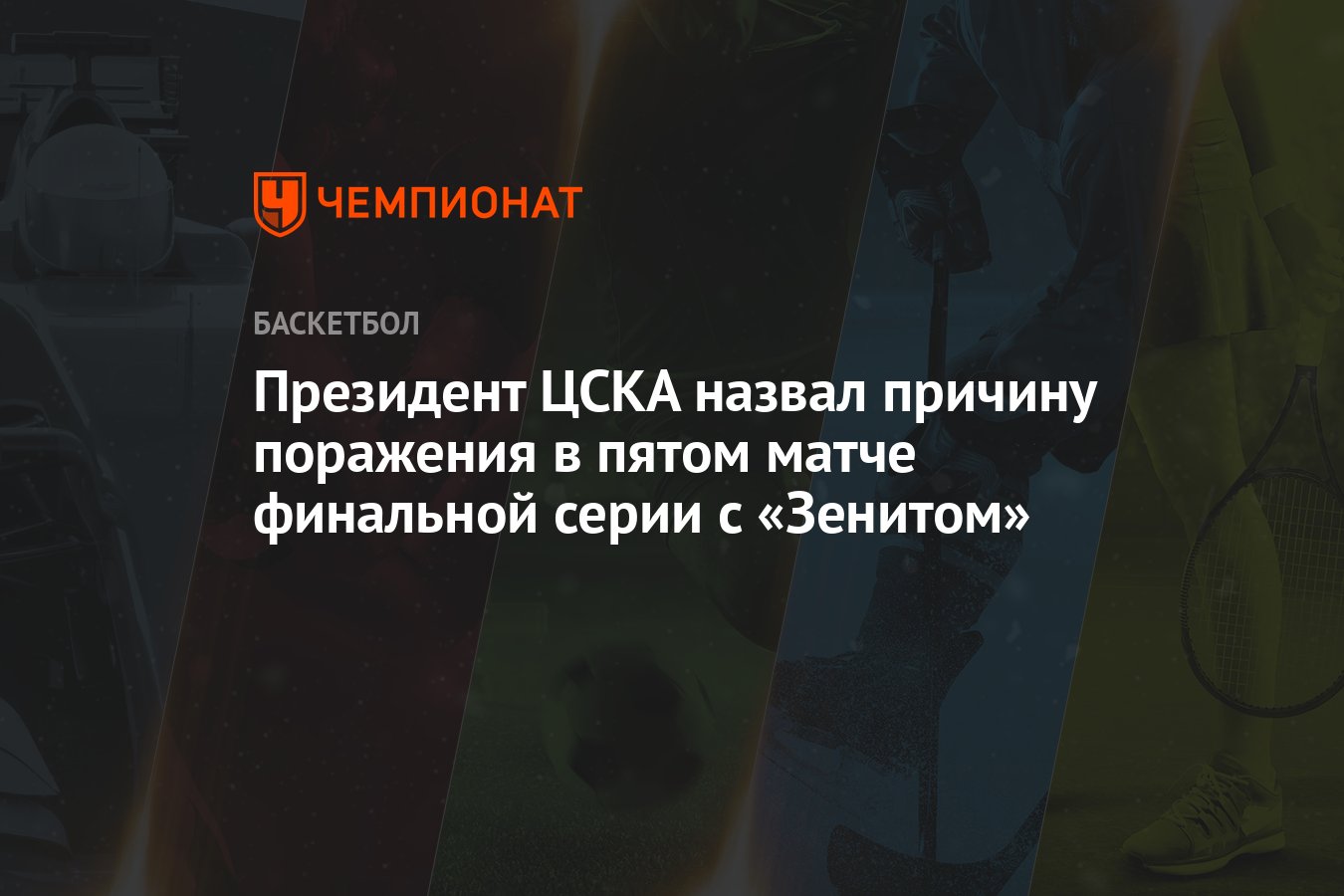 CSKA President Andrey Vatutin commented on the defeat of the Moscow club in the fifth match of the final series of the VTB United League with Zenit. The meeting ended with a score of 97:95. Moreover, during the match, CSKA led the score with an advantage of more than 10 points. After this victory, Zenit reduced the gap in the series to four wins (2-3).

“As a rule, it is not possible to win on order, and, of course, we must pay tribute to Zenit, which in a difficult situation showed great will and character. This is a long series, and everything will be decided by small details, concentration, penalties, points of those who come on as a substitute, just what we lost.

At some point, we just stopped, believing that we could bring the match to victory without extra efforts, while veterans Sergey Monya and Vitaly Fridzon successfully entered the game at Zenit, ”TASS quotes Vatutin.

The best moments of the fifth match of the VTB United League final between CSKA and Zenit. Video