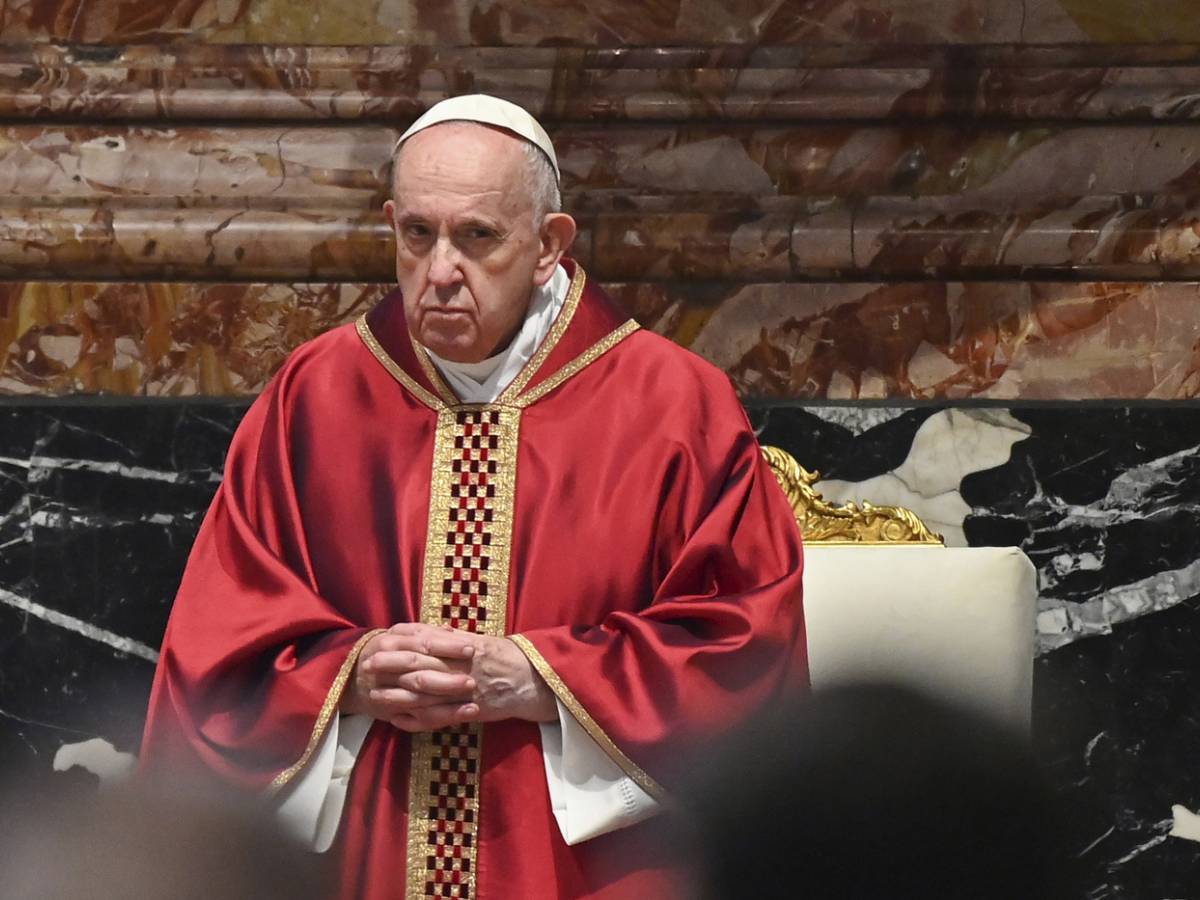 “Zero tolerance”, the line that Pope francesco pursues from the beginning, it can also mean an exacerbation of penalties. Perhaps the extended time of the pandemic helped to ensure that Jorge Mario Bergoglio could put his hand to the life and rules of the ecclesiastical institution and its surroundings, complete with a system of sanctions. The Argentine pontiff cannot yet travel too much (net of the Iraqi exception), so his energies can be concentrated in internal reform, which is also canonical reform.

Perhaps, or else the bishop of Rome is carrying out his plan, regardless of the moment and its singular nature. There Apostolic Constitution Feed the flock he reformed some central passages of canon law. The principle, the ratio of the new provisions, it seems to keep the bar steady, as well as straight. The operation as a whole is not without cultural significance. On a practical level, on the other hand, Bergoglio had already said it: he would no longer tolerate certain behaviors, therefore certain illicit acts and crimes. Let’s understand: the pastoral has never been put aside, but the Vatican chronicles, as often happens with Francis on the throne of Peter, had to focus almost suddenly on the normative interventionism of the Holy Father. And it’s not just a “signal”.

In short, no global South or protection of the economic-existential peripheries. Or rather, yes, but with an alternating constancy on the narrative level. Because in the intentions of Francis the time seems to have come to complete his “revolution”, which can only pass from the juridical level (with an eye to the reorganization of the Curia which should be forthcoming). By reforming Book VI of canon law, Benedict XVI’s successor has made some substantial novelty, introducing corruption in official acts, the administration of sacraments to persons who are prohibited from administering them, the concealment of any irregularities from the legitimate authority and the censures on the reception of sacred orders.

Not only that, they will also be punished: “… the violation of pontifical secrecy, the omission of the obligation to execute a sentence or criminal decree, the omission of the obligation to give notice of the commission of a crime and the illegitimate abandonment of the ministry “. So far, the enlargement of the links of the cases. What made the news, however, was the premise, namely thetightening of some penalties. Exacerbation is a word that we have associated a few times, throughout this pontificate, with the Pope of mercy. Mercy, however, does not mean discounts. And Pope Francis, on these aspects, has never earned the reputation of a “feel good”. We were saying new cases, yes, but also new sanctions:“… the fine, the compensation for damages, the deprivation of all or part of the ecclesiastical remuneration, according to the regulations established by the individual Episcopal Conferences, without prejudice to the obligation, if the penalty is imposed on a cleric, to provide that he does not lack what is necessary for an honest sustenance “.

Monsignor Iannone, president of the Pontifical Council for Legislative Texts, placed one of the highlights of the presentation on two elements: presumption of innocence and the work done to ensure that the processes are not infinite. Moreover, the Vatican too has its work cut out with justice and with problems that also affect the debate of Italian political-legislative reports, complete with timing and cardinal principles. Let’s move on to the repeated exacerbations: pedophilia and abuse of minors become part of the crimes against the dignity of the person. Until before the Bergoglian reform, both cases were considered crimes for violation of the obligations of consecrated life, as evidenced by theActed.

A nice step forward in terms of clarity and a precise message, which is not above all cultural. Francis’ idea is clear: the abuses within ecclesiastical circles no longer have to do with the exceptional nature of consecration but are equated with the consideration of lay juridical systems. Lay people who, in turn, will be sanctioned by canon law if they carry out positions within the Catholic Church. In support of the regulatory schedule on abuses, the introduction of the crime of omitting the complaint.

“Zero tolerance” is the term coined to explain Ratzinger’s approach to clerics guilty of abuse to the detriment of minors or vulnerable adults. Now, to all intents and purposes, Bergoglio is continuing, and perhaps even improving, that same approach. Another passage in the new text provides that “whoever, in addition to the cases already provided for by law, abuses ecclesiastical power, office or office is punished according to the gravity of the act or omission, not excluded with the deprivation of office or office, without prejudice to the obligation to repair the damage “. No more discounts. No more subjective juridical quality deriving from ecclesiastical status or almost. A turning point for sure, after the abolition of the pontifical secret on abuses.