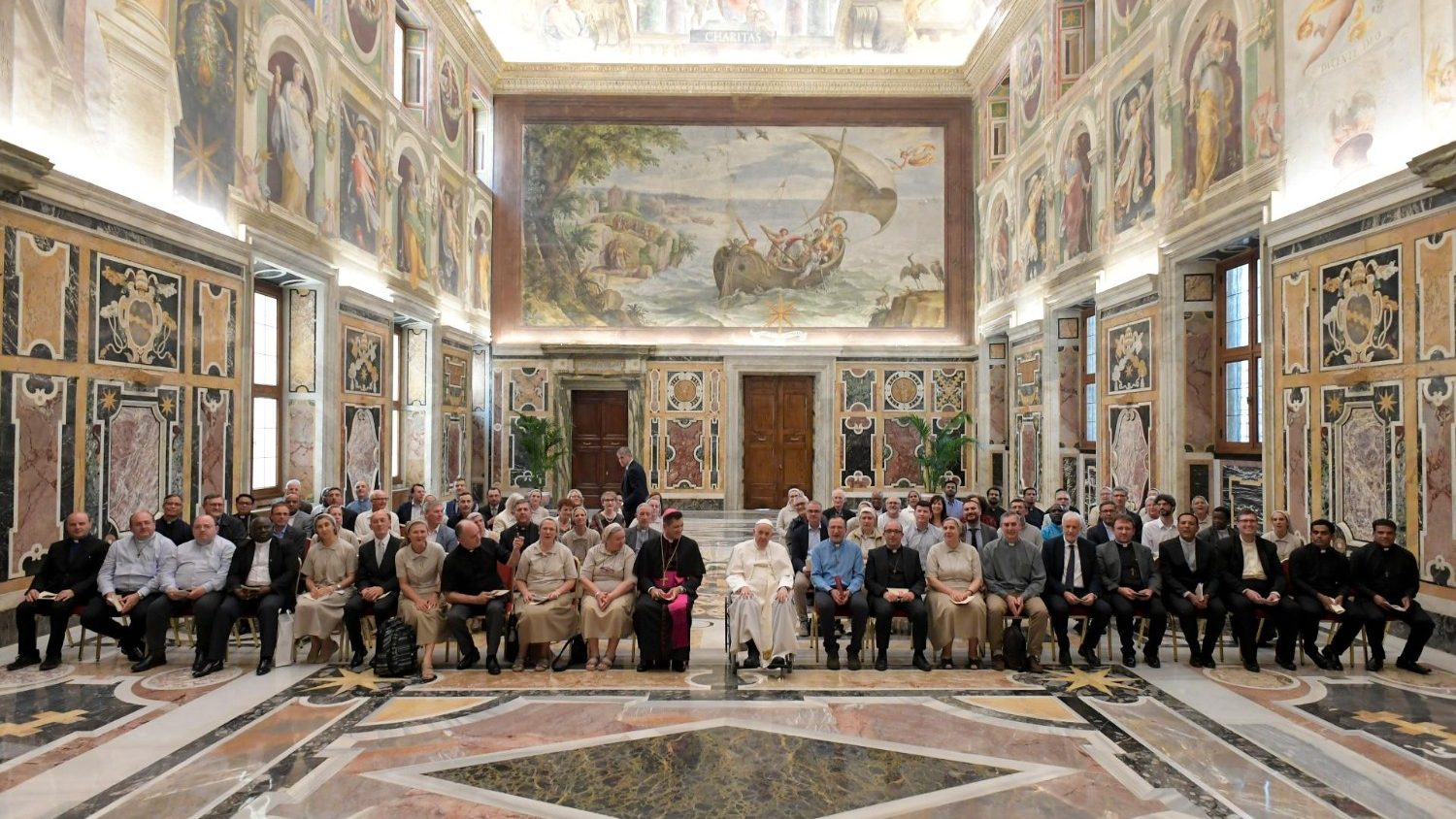 The Pope promotes the culture of providence over that of indifference

Pope Francis received 80 participants in the General Chapters of the Poor Servants and Poor Servants of Divine Providence on Monday May 30 in the Clementine Hall of the Apostolic Palace. In his speech to these religious welcoming poor and abandoned children and elderly people, the Bishop of Rome encouraged them to trust, to share and to commune with the poorest.

«Our communion is born and nurtured first in the relationship with God the Trinity, and then manifests itself concretely in fraternity, in the family spirit, which is also typical of your charism, and in the synodal style that you adopted in full harmony with the journey of the whole Church“, first noted the Sovereign Pontiff, welcoming the presence of some lay people who participated in the chapters.

The Pope thus called them to revive in the world “faith in God the Father» et filial abandonment to his providence“. It was Christ’s first desire, he believes, to enter into this filial relationship.

According to him, this has as its essential feature:trust in Providence“: the Father knows us better than we know ourselves and knows better than we know what we need. “In the footsteps of Saint John Calabria, you have chosen to make it yours and to bear witness to it, and you want to do so above all in the company of the poorest, the last, those rejected by society, who are your “pearls”, as called them your Founder“said Francis.

Father Calabria, prophet, left a great legacy “that you must protect“, exhorted them the Pope, adding:”The path you are taking is nothing other than rereading today the path that God has shown him: a man inserted into the Church of his time, who knew how to respond to needs by going to the peripheries, to manifest the paternal and maternal face of God. Reread it with creative fidelity, seeking new ways that God’s “dream” for your religious communities may come true.”

Providence is not fatalism

The Pope then explained the virtues of becoming artisans of a “welfare cultureas an antidote tothe culture of indifference“, widespread “in so-called affluent societies“. Indeed, the Christian spirituality of providence is not fatalism, it does not mean waiting for the solutions to the problems and the goods that we need to fall from the sky. No. On the contrary, it is to take care of the most fragile and smallest creatures; “It is sharing with others the little we have so that no one lacks what is necessary. It is the attitude of attention, more necessary than ever to counteract that of indifference.“, he continued.

Finally, the Holy Father insisted on the aspect of sharing. We must not idealize the old world, nor take refuge in sterile nostalgia, but we must rediscover certain values, he said: “The mentality of those who break bread blessing God the Father, trusting that this bread will be enough for us and for our neighbor in need. This is what Jesus Christ taught us in the miracle of the sharing of the loaves and fishes. Today we need Christians who serve Providence by practicing sharing».

The Congregation of the Poor Servants of Divine Providence was founded by Jean Calabria (1873 – 1954) in Verona on November 26, 1907 for the care of poor and abandoned children. It is present worldwide in Angola, Kenya, Chile, Brazil, Philippines, Russia, among others.