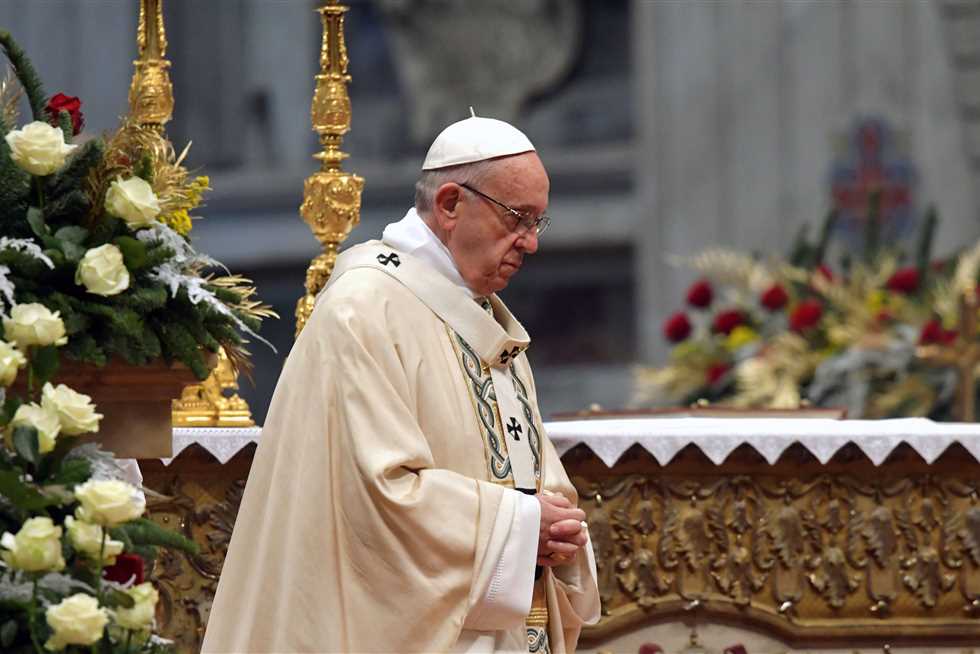 The Pope of the Vatican, a lover of classical music, secretly infiltrated a record store and obtained a “CD”

Pope Francis, a lover of classical music, secretly left the Vatican on Tuesday evening, to visit old friends who run a record store in Rome, and eventually received a CD as a gift.

The visit was scheduled to remain secret, but Javier Martinez Brocal, correspondent of the television news agency Roma Reports, was passing by by chance in the area and photographed what happened with his phone and posted it on Twitter, according to the Vatican and international media reports today.

Pope Francis spent more than ten minutes inside the Stereo Sound record store, located near the ancient Temple of the Pantheon.

A Vatican spokesman said Pope Francis went to the store to bless it after it was recently renovated.

While the reporter Martinez Brucal said that the owners of the store told him that they were friends with the Pope years ago when Cardinal Jorge Mario Bergoglio was Archbishop of Buenos Aires before he became Pope, noting that the Pope visited their store to buy records and CDs of classical music while he was in Rome on a church mission. He stayed in a nearby house to visit a group of clerics.

The store owners added that they gave the Pope a CD containing classical music, but they refused to go into further details.

The Pope is known for his love of Beethoven, Mozart and Bach – and even the tango for which his country, Argentina, is famous.

The video clip showed the Pope, avoiding bulletproof cars, leaving the shop and rolling into a simple white Fiat 500 with Vatican plates.

This was not the first time the Pope had visited a store in Rome. In 2015, two years after his election, he ordered a new pair of eyeglasses from an optician in Rome.