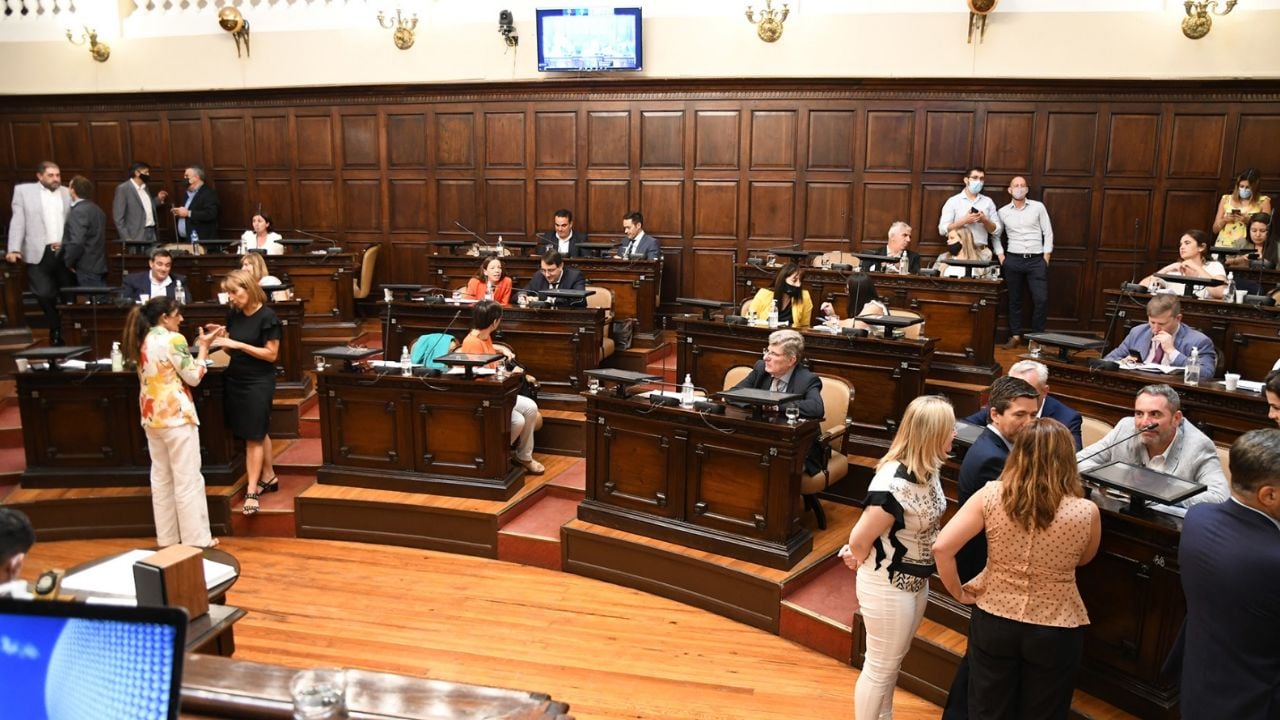 The Legislature de Mendoza is preparing to start the next period of ordinary sessions in May with a renewed composition of the chambers of Senators y deputies. While more than a dozen of the legislators who are ending their term have already assured continuity in public office, after the replacement there will be important leaders who will end their stay in the House of Laws.

The legislators elected in the 2021 elections will assume this Sunday in the preview of the governor’s speech Rodolfo Suarez before the Assembly Legislative. So this week’s are the last sessions of the Senate and the House of deputies with its current members.

This means that several politicians from Mendoza will say goodbye to the House of Laws. Among them are leaders with extensive experience in the provincial civil service such as a former lieutenant governor and two former mayors, as well as referents of parties that have managed to occupy the place of third force in the province.

In total there are 43 legislators who will complete their mandates at the end of April. However, 13 already have guaranteed continuity in a political position. There are four deputies and one senator who have been re-elected. A current deputy will make the jump to the Senate, while three senators will go to the Chamber of Deputies. At the same time, four legislators will continue their careers as councilors in their respective departments.

For their part, the radical senators Diego Costarelli and Claudia Salas will become deputies from May. Meanwhile, in the Frente de Todos there will be a castling of two current legislators since Helio Perviú will assume as senator and Natalia Vicencio will do the same as deputy.

Likewise, the four leaders who will return to their payments to occupy a seat in the deliberative councils are the deputies Marcela Fernández (UCR) and Silvina Anfuso (Libres del Sur), who will assume as mayors of Godoy Cruz, and the Peronist senators Samuel Barcudi and Silvina Camiolo who will continue as councilors in San Rafael and Malargüe respectively.

Meanwhile, the remaining 30 legislators are not guaranteed continuity in public office, although it is very likely that several of them will be summoned to join the provincial or municipal management.

One of the strongest names left by the Legislature is Juan Carlos Jhaliff, who concludes a stay of 12 consecutive years as a senator and who between 2003 and 2007 served as lieutenant governor. The radical leader began to work at the Casa de los Leyes in 1983 as secretary of the block of deputies of the UCR and next week he will lead his last session as Provisional President of the Senate.

However, he will continue for a while longer attending the building located on the Pedestrian Street since he was summoned by the lieutenant governor Mario Abed to collaborate as an ad honorem advisor until the end of the current administration.

In turn, there are two former mayors with many years of experience in Mendoza politics who will face an uncertain future. On one side is the Peronist senator Alejandro Abraham who governed Guaymallen between 2007 and 2013 to then be a national deputy until 2017.

Meanwhile, the other former communal chief is the radical Gustavo “Taca” Pinto, who was in charge of Peace for 12 years before landing in the Legislature four years ago. The leader of the East was a candidate for councilor of his department in the last elections but did not obtain a seat in the Deliberative Council.

Another recognized leader who will leave the House of Laws is the Peronist Miriam Gallardo. The former Maipucina councilor who was close to joining the Supreme Court of Justice of Mendoza took over last December as a replacement for Adolfo Bermejo, who made the leap to Congress. Despite his short stay, Gallardo was one of the protagonists of the legislative debate around the sanction of the Law of Single Ballot and led Peronism’s objections to the rule promoted by Suarez.

The PRO deputy Hebe Casado will also finish her legislative experience. The doctor from San Rafael was the protagonist of several controversies during her mandate, mainly because of her positions regarding the management of the pandemic that opposed the position carried out by the Government of Mendoza.

On the other hand, there are a dozen radical legislators who will leave their seats. They are the deputies Claudia Bassín, Ana María Andía, Jorge Sosa, Tamara Salomón, Maricel Arriaga and Gustavo Ruiz and the senators Laura Contreras, Carina Lacroux, Lucas Quesada and Gladys Ruiz.

In turn, the block of deputies of the Front of All will come off Marcelo Aparicio, Carlos Sosa, Gustavo Perret, Cristina Pérez and Silvia Stocco.

In the list there are also two legislators who were in the ranks of Peronism but who made the leap to other political forces in the last elections. They are Senator Andrea Blandini who sought re-election as a candidate for the Green Party, and Deputy Gustavo Majstruk who allied himself with rural leader Carlos Iannizzotto and headed the Federal Party’s list as a candidate for the Senate of the Nation.

The new Mendoza Legislature will be practically bi-frontist, since almost all of the third forces that had legislative representation will arrive but were unable to renew their seats.

After eight years as part of the House of Laws, the Left and Workers Front (FIT) will no longer have legislators with the departure of Senator Lautaro Jiménez (FIT) and Deputy Mailé Rodríguez (FIT).

Meanwhile, all the leaders who obtained their positions accompanying the candidacy for national deputy of José Luis Ramón in 2017 will also end their terms. One of them is the only legislator of Protectora, deputy Pablo Cariro, but those who left will also leave. of the lawyer who became an ally of Kirchnerism.

Among them are the new referents of the Green Party, senator Marcelo Romano and deputy Mario Vadillo. Also the militants of the Intransigent Party (PI) who rented the seal to Ramón, Senator Daniel Galdeano and Deputy Eduardo Martínez, who ended up as allies of Peronism and radicalism, respectively. Likewise, another leader who concludes his stay is Senator Héctor Bonarrico, from the MASFE party, who approached Cambia Mendoza.