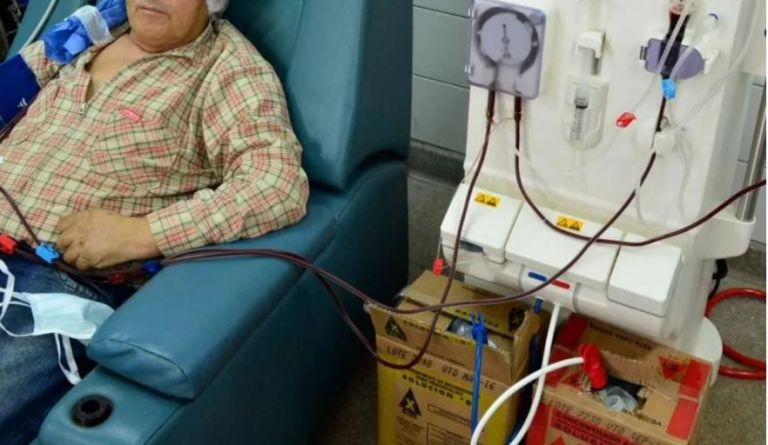 In 2018, the Misiones Chamber of Deputies approved the province’s adherence to National Law No. 27,351, which seeks to ensure the free provision of electricity for electrodependent people. The purpose of the law is to guarantee the provision of a stable, continuous, uninterrupted, quality and free electrical energy service to electrically dependent users for health reasons.

“The electro-dependents is not that they only emerged in 2018 but it was a universe that became visible from precisely the rate increase that occurred at that time in the country. First the law is passed at the national level and then they invite the provinces to do the same and well, we from the social team started working with all those families that we had already identified, because many had already approached the company for a matter of the rate so that the service is not cut off or by preference in the restoration in case there is inclement weather and all that matter, ”he explained.

He also added that an articulated house-to-house work began, personalized with these electro-dependent patients of the electrical service “for the attention they require, taking into account that their own lives are at risk in the event that they have any disconnection from the service “

“For the registration we have in Misiones the office of the Social Responsibility management that has interference in all these issues and they do what is the Registry of these people, another option would be to go to the Ministry of Public Health or the remote procedure or if someone does not belong in our service as the cooperatives should do the process in this way”, he explained.

Rodríguez recalled that the law contemplates the oxygen concentrator, continuous feeding pumps and equipment for home peritoneal dialysis, “currently the use of oxygen concentrators has increased. We are carrying out work to detect these cases with social projects and assistance centers because if the person does not turn to our company to request registration in the Electodependent Patient Registry, if they do not refer us, we have no way of knowing that in that home a situation of electrodependence arose.”

“We must be clear that the situation of electrical dependency is a situation that is determined by a health professional and not us from the social area of ​​the company. We have to do this joint work with the Ministry of Public Health and with the doctors”, he referred.

The Misiones Energy Manager stressed that they work with the families through protocols: “they have to request a device that has autonomy if the power goes out and the oxygen concentrator can work for two or three hours, generally the oxygens they do not come with them and if they do not have autonomy that the families have an oxygen tube and if they do not have it they are also registered in the transfer networks of the province, they call and they quickly withdraw them to assist them “

The national law also details that these patients should be provided with the generator set “but not all provinces adhered to this component of the law and in the case of Misiones we adhered to the free service component.”

“The issue of the generator set is somewhat complex also because we had some experiences of families that demanded us and for the generator set to fulfill its function they need home electrical installations that are consistent with that equipment, a person who knows how to use it, is needed also an internal board inside the house that allows a cut when the power goes out and the generator set starts to activate and well, that is what is taking us a little longer to attend to the houses with generator sets”, he concluded.