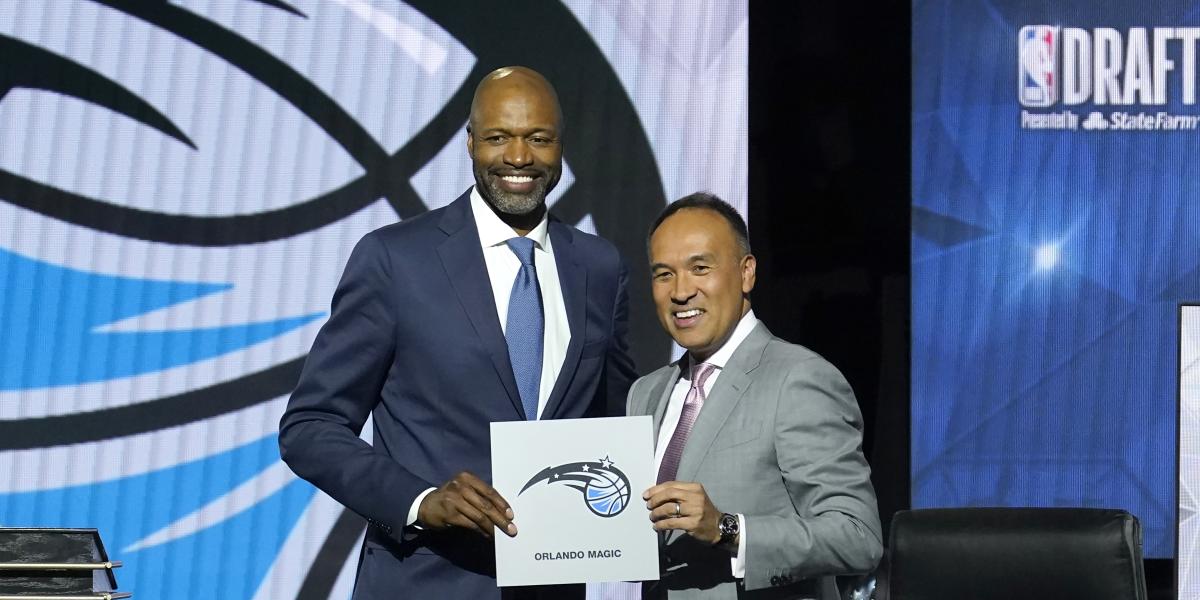 The Orlando Magic will have the first pick in the 2022 draft after taking number one during the traditional NBA draw, which this year was held in Chicago, Illinois. The last time the first pick fell to the Florida franchise, in 2004, Dwight Howard was the chosen talent.

Chet Holmgren (Gonzaga), Jabari Smith Jr . (Auburn) and Paolo Banchero (Duke) They are the names that appear in the predictions of the experts to be chosen in the first three positions of the draft, which will be held on June 23 once the NBA Finals have finished.

The second pick in the 2022 draft will go to the Oklahoma City Thunderthe third position will correspond to the Houston Rockets and fourth place will go to Sacramento Kings.

The Magic were the worst team in the Eastern Conference in the regular season (22-60) and they had a 14% chance of taking the top spot in this draft, the same percentage that the Houston Rockets, the Detroit Pistons and the Oklahoma City Thunder had (these adding their two picks in the top 14). The Kings were lucky and slipped into fourth position despite their lower odds (7.5%) in the draw.

This is the fourth time the Magic have had the first pick in the draft. In the previous three they selected Shaquille O’ Neal (1992), Chris Webber (1993but was traded to the Golden State Warriors) and Dwight Howard (2004).

The top pick in the draft will be a boon to a franchise in need of some good news.

Orlando has not qualified in the last two years for the playoffs, they have only played in the qualifiers twice in the last ten years and have not made it past the first round since the 2009-2010 season.

In last season’s draft, the Magic took fifth overall on Jalen Suggs and in the eighth Franz Wagner.