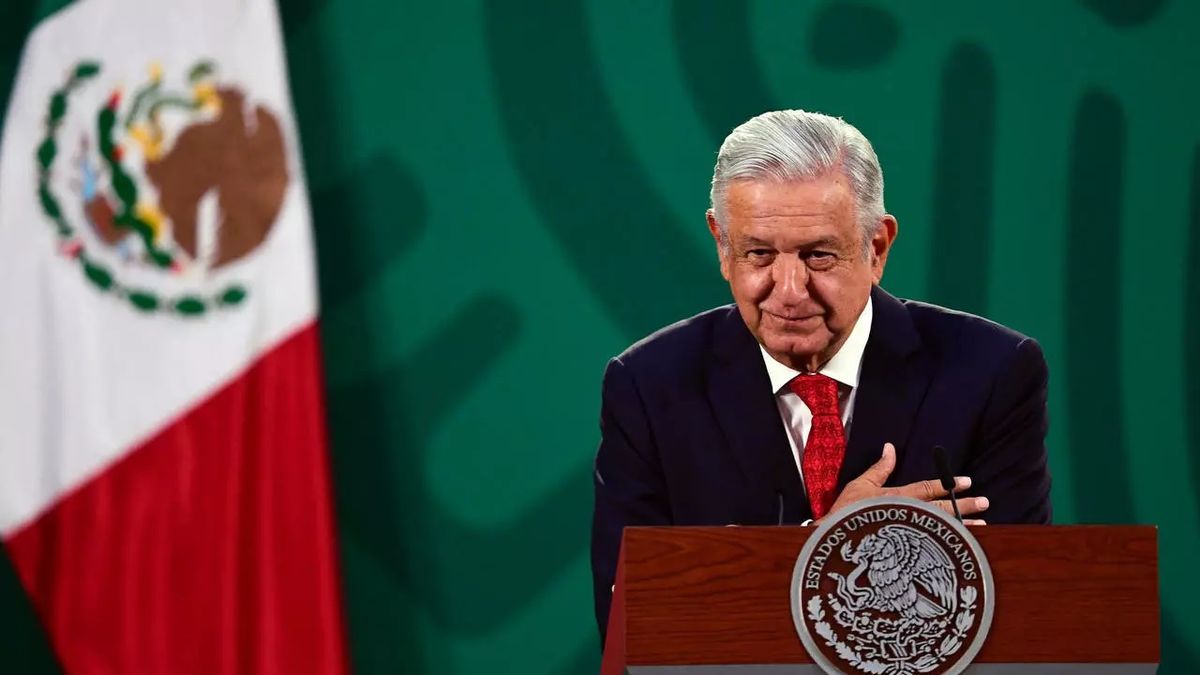 Prior to the start of the count, the newspaper El Financiero anticipated that Morena was defeated in the “jewel in the crown” of these elections, to renew the 500 seats of the Lower House, 15 of the 32 governorates and 60% of the municipalities, among other positions, although it could have had better results in regional and local votes.

According to this survey by the capital newspaper, the party with 40% of the votes in the elections for the Lower House and with its allies from the Green Party (4%) and Labor (PT, left, 3%), would obtain 47% of the seats in this legislative body, that is, without achieving an absolute and less qualified majority (two thirds) that he held.

At the same time, the three main opposition forces would obtain 44% of the votes, distributed in 21% for the Institutional Revolutionary Party (PRI, center), 20% for National Action (PAN, right) and 3% for the Party of the Democratic Revolution (PRD, left), which joined forces in many candidacies.

Everything indicates, then, that there would be a Chamber of Deputies divided practically in two, which predicts serious difficulties for President Andrés López Obrador to obtain the approval of his pending reforms, especially constitutional ones.

The midterm elections in MexicoTo renew the Chamber of Deputies, half of the governorates and 60% of the municipalities, passed calmly and with a large influx of voters, without the authorities giving figures of participation.

The elections were marred by some violent incidents “in targeted areas” of the country, in the words of the president of the National Electoral Institute, Lorenzo Córdova, who prevented the installation of 30 polling stations, although no victims were registered.

READ  Demonstrators blocked the streets of Tbilisi: how are the protests against the Namakhvani hydroelectric power station going - Sputnik in Russian

A human head was thrown this morning on a table in the Terrazas del Valle neighborhood of the northern city of Tijuana, reported the local newspaper El Universal.

The man who threw it left on foot and the rest of the victim’s body was found five blocks from the place where the head was deposited, the Baja California newspaper La Jornada reported.

While, a wooden box containing a head, two hands and two feet it was left on a table in another voting center, also in Terrazas del Valle, according to the newspaper.

Likewise, an ice chest with a head was left in a voting center in the Mariano Matamoros neighborhood, on the outskirts of Puebla.

On the other hand, the National Electoral Institute (INE) reported the cancellation of 41 voting centers, of which 20 were not directly opened, due to various episodes of violence.

In the central state of San Luis Potosí, the local prosecutor’s office reported that it opened several investigations for electoral crimes, including the case of an armed group that broke into a college in the capital, where they fired several shots and stole some ballot boxes, without being reported victims, according to the ANSA news agency.

In the state of Mexico, two people were injured in a fight in Valle de Chalco and 33 men were arrested in Naucalpan for carrying sticks and metal pipes when they went to vote, and in Tuxtepec, Oaxaca, three people were attacked, accused of buying votes , according to El Universal.

Unlike the election in the Lower House, the first exit results are very tight in the dispute for the 15 governorships.

El Financiero, practically the only one that carried out polls of this type, pointed out that only in the state of Querétaro (neighboring the capital) is there a clear result in the election for governor by a difference of two to 1, so in the other 14 governorates “the coin is in the air.”

In two other states, Zacatecas (center) and Tlaxcala (southeast), there is a slight advantage of the Morena ruler, but in other states the results are not very precise and make it impossible to establish a well-defined winner, especially in Campeche (southeast) and Nuevo Leon (north).

The absence of a forceful difference in most of the 15 states (out of a total of 32) where the governorship was contested, which suggests that it will be the Electoral Tribunal that will have the last word in this controversy, generated a “war of declarations triumphalist “of party leaders.

The ruling Morena and the opposition parties National Action (PAN, right) and Institutional Revolutionary (PRI, center), awarded results in most of the governorates, attributing them to their own polls.

This circumstance created an atmosphere of great confusion, but the only thing that is clear is that a long post-electoral conflict is emerging, in the opinion of political analysts.

“Everything suggests that it is a very close election, where most of the elections in the states are not going to be defined today because there will be all kinds of appeals and challenges before the Electoral Tribunal, which would delay the final result,” he said. the political scientist Jorge Castañeda.

“We have won the qualified majority (two-thirds) to Morena” in the Chamber of Deputies, which has not yielded the results, said PRI leader Alejandro Moreno, who proclaimed victory in the governorships of seven states.

In turn, the president of the PAN, Marko Cortés, declared victory in the governorships of Querétaro (neighboring the capital) and 5 other states in coalition with the PRI and PRD.

Mario Delgado, Morena’s national leader, announced that, based on his own exit results, he had been awarded the governorships in at least nine states: Zacatecas, Guerrero (south), Tlaxcala and Michoacán (south), Campeche ( southeast) and Colima (west), as well as Sinaloa (north), Nayarit (west) and Baja California (north).

The first official results of the National Electoral Institute (INE) based on a quick count of a representative sample of electoral districts would be released at 11 pm local time (4 GMT on Monday). (ANSA).

More than 90 politicians assassinated since September

The elections were held in a climate of violence after the murder of 91 politicians since last September, when the process started. Of them, 36 were candidates or pre-candidates, mostly for municipal positions, according to the Etellekt consultancy.

This escalation is part of the bloodbath that the country has suffered since 2006, when the government of the time launched a military operation against drug cartels.

In Guerrero (south), one of the most violent states in the country, members of a community civil police watched the day.

“Those of the organized crime arrive with the community leaders to divide the people, they do not let them vote as they think,” denounced Isaías Posotema, one of the leaders of the group in Chilapa.

The government attributes the majority of killings to drug traffickers seeking to expand their power.